So You Like Manga? You’re Gonna LOVE Light Novels! 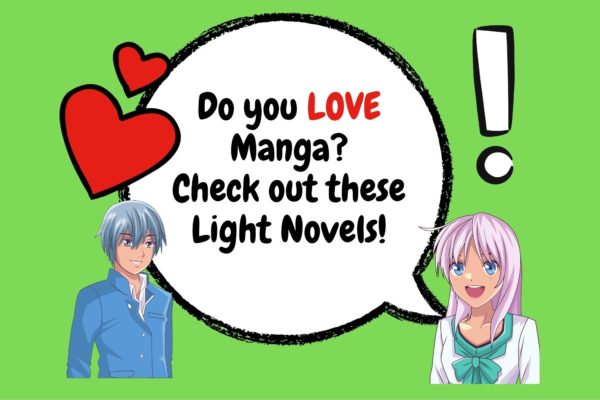 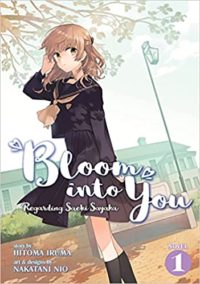 Bloom Into You: Regarding Saeki Sayaka Vol. 1 by Nakatani Nio

Saeki Sayaka has always been an old soul–serious and reserved, preferring to focus on her studies rather than make friends. Until, that is, a romantic confession from another girl in middle school turns her carefully ordered world upside down. Though none of her classes have prepared her for this, Saeki must now come to terms with her sexuality in this gentle, coming-of-age novel about grappling with first love, growing up, and relating to other people 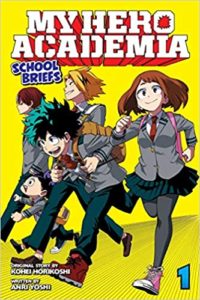 “The U.A. High School hero course teaches young hopefuls everything they need to become heroes. Between killer events like the sports festival and internships, there’s even parents’ day!”– Provided by publisher. 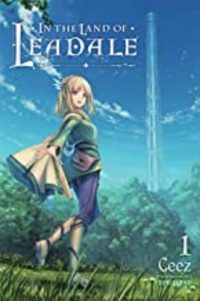 In the Land of Leadale, Vol. 1 by Ceez

“The last thing she can remember is her life support beginning to fail. Her body had suffered terribly after a fateful accident, and the only freedom left in her life came from the virtual-reality world of Leadale. How did she end up in a place that looks exactly like her game…except that 200 years have gone by?”– Provided by publisher. 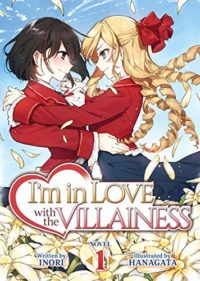 I’m in Love with the Villainess Vol. 1 by Inori

“Dear Archnemesis… Won’t You Be Mine? Ordinary office worker Oohashi Rei wakes up in the body of the protagonist of her favorite otome game, Revolution. To her delight, the first person to greet her is also her favorite character, Claire Francois–the main antagonist of the story! Now, Rei is determined to romance Claire instead of the game’s male leads. But how will her villainous ladylove react to this new courtship?!”–Provided by publisher. 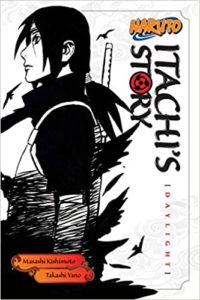 “A new series of prose novels, straight from the worldwide Naruto franchise. Naruto|s allies and enemies take center stage in these fast-paced adventures, with each volume focusing on a particular clan mate, ally, team… or villain. Uchiha Itachi, four years of age. With the hell of war burned into his eyes, the boy makes a resolution: he will rid the world of all violence. The birth of Sasuke, meeting his friend Shisui, the academy, genin, chunin, and then the Anbu–Itachi races down the path of glory toward his dream of becoming the first Uchiha Hokage, unaware of the darkness that lies ahead.”– Provided by publisher 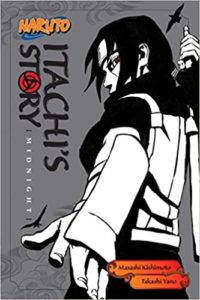 “Together with his sworn friend Shisui, Itachi takes on a mission to assassinate a spy in the village in order to join the Anbu. The rivalry between the Uchiha clan and the village grows ever more fierce, until finally death comes for his friend. Despairing at both his clan and the village, Itachi heads into the tragic night with his new eye and a fatal resolve. The hope and the dreams he spoke of to his brother… The gentle yet cruel truth awaits.”–Back page of book. 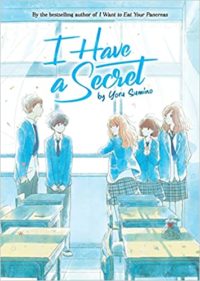 I Have a Secret by Yoru Sumino

Five high school classmates hold secrets close to their hearts-hidden talents, unspoken feelings, and buried pain. As they collide with each other on the path to growing up, they might jostle some of those secrets free. 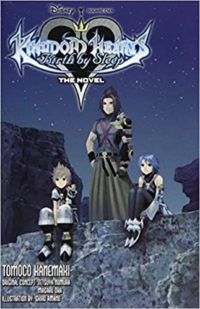 Kingdom Hearts Birth by Sleep: The Novel by Tomoco Kanemaki

“Ten years before Sora fought to save the worlds, three young Keyblade wielders named Terra, Aqua, and Ventus trained in the hopes of becoming Masters one day. But on the day of Terra and Aqua’s Mark of Mastery exam, everything changed forever, and the three each set off on their own journey.”– Provided by publisher. 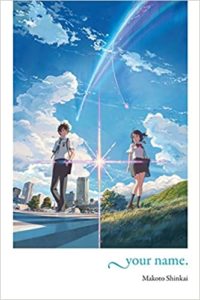 Your name by Makoto Shinkai 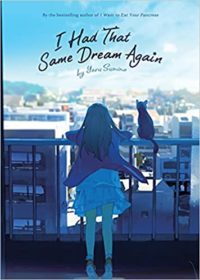 I Had That Same Dream Again by Yoru Sumino

An unhappy girl who engages in self-harm, a woman ostracized by society, and an old woman looking to live out her twilight years in peace–;what could three such different people have in common? That’s what grade schooler Koyanagi Nanoka is trying to find out. Assigned by her teacher to define what “happiness” means to her, Nanoka sets out to get to know these three strangers; and through them, perhaps, to know herself too. 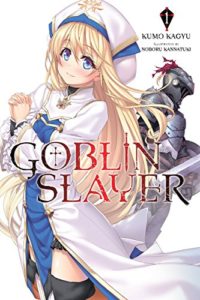 A young Priestess joins her first adventuring party, but blind to the dangers, they almost immediately find themselves in trouble. It’s Goblin Slayer who comes to their rescue. 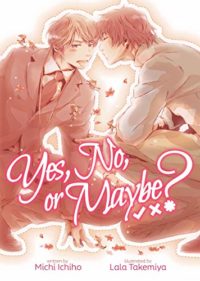 Yes, No, or Maybe? by Michi Ichiho

“Kunieda Kei is the up-and-coming Prince Charming of the evening news. Inside, he’s the opposite: brash, hot-tempered, and prickly as can be. For years, Kei has successfully juggled his private and professional personas–until a chance meeting with a stop motion animator threatens to bring it all crashing down. But is that really as frightening as the possibility that someone might love and accept both sides of who he is?”–Back cover 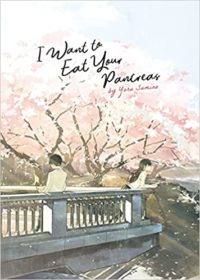 I Want to Eat Your Pancreas by Yoru Sumino

A high school boy finds the diary of his classmate – only to discover that she’s dying. Yamauchi Sakura has been silently suffering from a pancreatic disease, and now exactly one person outside her family knows. He swears to her that he won’t tell anyone what he learned, and the shared secret brings them closer together in this deeply moving, first-person story that traces their developing relationship in Sakura’s final months of life. 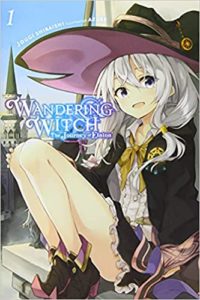 Wandering Witch: The Journey of Elaina, Vol. 1 by Jougi Shiraishi

“Once upon a time, there was a witch named Elaina who set off on a journey across the world. Along the way, she would meet all kinds of people, from a country full of witches to a giant in love with his own muscles. With each meeting, Elaina would become a small part of their stories, and her own world would get a little bit bigger”– Provided by publisher. 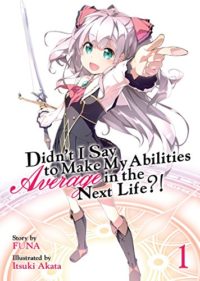 Didn’t I Say To Make My Abilities Average In The Next Life?! Vol. 1 by FUNA

When she turns ten years old, Adele von Ascham is hit with a horrible headache – and memories of her previous life as an eighteen-year-old Japanese girl named Kurihara Misato. That life changed abruptly, however, when Misato died trying to aid a little girl and met god. During that meeting, she made an odd request and asked for average abilities in her next life. But few things – especially wishes – ever go quite as planned. 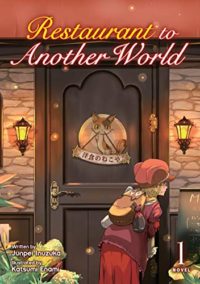 Restaurant to Another World, Vol. 1 by Junpei Inuzuka

In Tokyo lies a small restaurant called ‘Western Cuisine Nekoya,’ ordinary in every way–save one. Every Saturday, its door connects to another world! Follow along as a cavalcade of curious guests from half-elves to samurai, dragons, halflings and vampires enter its premises, all with the same goal in mind: to fill their stomachs with the most mouth-watering of foods.