Read It Before You See It! 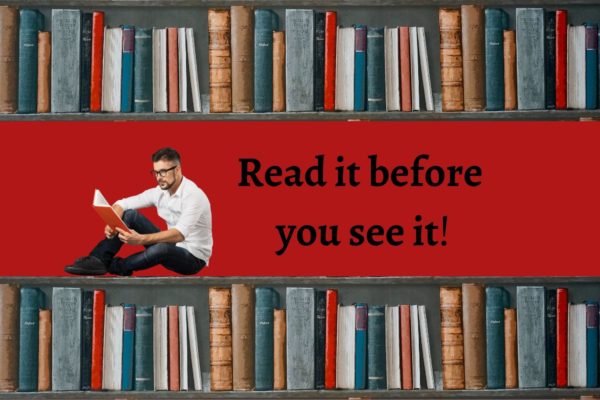 I think we can all agree that the book is almost always better. So, of course you should read it before seeing it on screen! Reading the book can give you a very different perspective and shed light on the characters and their actions in the story. Think of the book as your inside scoop as to what is going to happen in the movie. Not only do you get to watch events play out but you have exclusive access to material not seen, and private thoughts!

Below you will find titles in both the developmental stage as well as coming soon! Click the link and borrow the books so you can get your inside scoop! 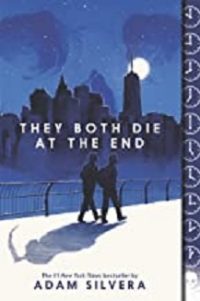 They Both Die at the End by Adam Silvera

In a near-future New York City where a service alerts people on the day they will die, teenagers Mateo Torrez and Rufus Emeterio meet using the Last Friend app and are faced with the challenge of living a lifetime on their End Day.

Format: Television Series
Television Company: Entertainment One
To learn more, visit: They Both Die At The End TV Series: What We Know (Release Date, Cast, Movie Trailer) | The Bibliofile 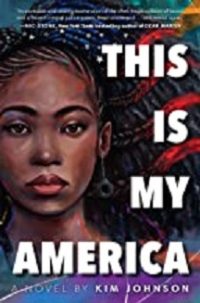 This is my America by Kim Johnson

Every week Tracy Beaumont writes letters to Innocence X asking the organization to help her father, an innocent Black man on death row. After seven years, Tracy is running out of time: her dad has only 267 days left. Then the police arrive in the night, and Tracy’s older brother, Jamal, goes from being a bright, promising track star to a thug on the run, accused of killing a white girl. As Tracy investigates what really happened between Jamal and Angela down at the Pike, she uncovers their Texas town’s racist history. Will she prove her brother’s innocence– or cause her world to explode? 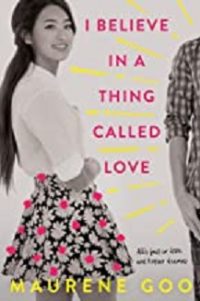 I Believe In a Thing Called Love by Maurene Goo

A disaster in romance, high school senior Desi Lee decides to tackle her flirting failures by watching Korean television dramas, where the hapless heroine always seems to end up in the arms of her true love by episode ten. It’s a simple formula, and Desi is a quick study. She goes after moody artist Luca Drakos–utilizing boat rescues, love triangles, and staged car crashes. 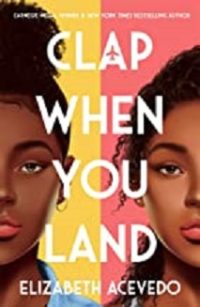 Clap When You Land by Elizabeth Acevedo

Camino Rios lives for the summers when her father visits her in the Dominican Republic. But this time, on the day when his plane is supposed to land, Camino arrives at the airport to see crowds of crying people … In New York City, Yahaira Rios is called to the principal’s office, where her mother is waiting to tell her that her father, her hero, has died in a plane crash. Separated by distance — and Papi’s secrets — the two girls are forced to face a new reality in which their father is dead and their lives are forever altered. And then, when it seems like they’ve lost everything of their father, they learn of each other. 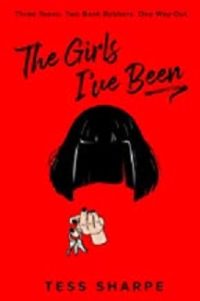 The Girls I’ve Been by Tess Sharpe

When seventeen-year-old Nora O’Malley, the daughter of a con artist, is taken hostage in a bank heist, every secret she is keeping close begins to unravel. 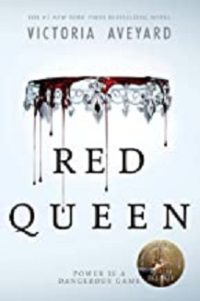 Mare is a Red blood, a mere thief in a poor village, until a twist of fate throws her in front of the Silver court where she discovers she has a supernatural ability of her own, so to cover up this impossibility the king forces her to play the role of a lost Silver princess, but Mare risks everything to help the growing Red rebellion.

Format: Television Show
Television Network: Peacock
To learn more, visit: The Red Queen: What We Know About The TV Show In Development And The Books It’s Based On | Cinemablend 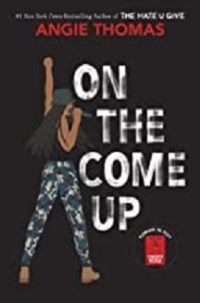 On the Come Up by Angie Thomas

When sixteen-year-old Bri, an aspiring rapper, pours her anger and frustration into her first song, she finds herself at the center of a controversy.

Format: Film
Production Company: Paramount Players
To learn more, visit: Everything We Know About the ‘On the Come Up’ Movie | Epic Reads 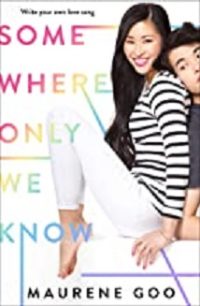 Somewhere Only We Know by Maurene Goo

Told from two viewpoints, teens Lucky, a very famous K-pop star, and Jack, a part-time paparazzo who is trying to find himself, fall for each other against the odds through the course of one stolen day. 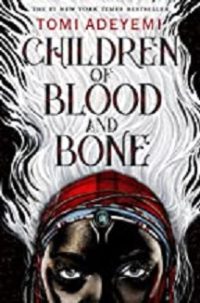 Children of Blood and Bone by Tomi Adeyemi

Zélie Adebola remembers when the soil of Orïsha hummed with magic. Burners ignited flames, Tiders beckoned waves, and Zelie’s Reaper mother summoned forth souls. But everything changed the night magic disappeared. Under the orders of a ruthless king, maji were targeted and killed, leaving Zélie without a mother and her people without hope. Now, Zélie has one chance to bring back magic and strike against the monarchy.

Format: Film
Television Company: Lucasfilm
To learn more, visit: Children Of Blood And Bone – What We Know So Far | The Looper 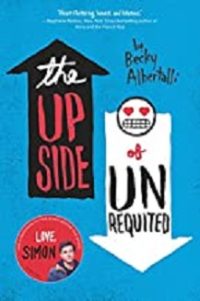 The Upside of Unrequited by Becky Albertelli

Avoiding relationships to protect her sensitive heart, plus-sized Molly supports her once-cynical twin, Cassie, when the latter has her own bout of lovesickness, a situation that is complicated by sibling dynamics and an unexpected romantic triangle. 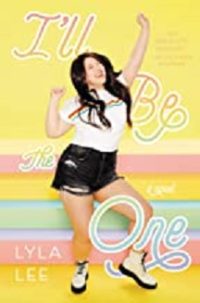 I’ll be the One by Lyla Lee

Skye Shin has heard it all. Fat girls shouldn’t dance. Wear bright colors. Shouldn’t call attention to themselves. But Skye dreams of joining the glittering world of K-Pop, and to do that, she’s about to break all the rules that society, the media, and even her own mother, have set for girls like her. 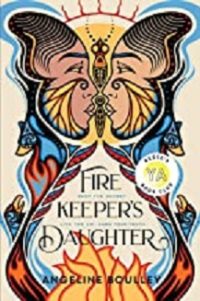 The Firekeepers Daughter by Angeline Boulley

Daunis Fontaine has never quite fit in, either in her hometown or on the nearby Ojibwe reservation. She dreams of college, but when her family is struck by tragedy she puts her future on hold to care for her fragile mother. The only bright spot is meeting Jamie, a new recruit on her brother Levi’s hockey team. When Daunis witnesses a shocking murder, she reluctantly agrees to go undercover, drawing on her knowledge of chemistry and Ojibwe traditional medicine to track down the source of a new drug. How far will she go to protect her community, if it threatens to tear apart the only world she’s ever known? 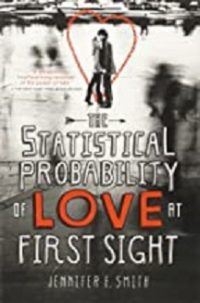 The Statistical Probability of Love at First Sight by Jennifer E. Smith

Hadley and Oliver fall in love on the flight from New York to London, but after a cinematic kiss they lose track of each other at the airport until fate brings them back together on a very momentous day. 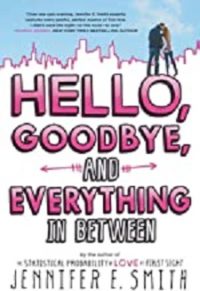 Hello Goodbye and Everything In Between by Jennifer E. Smith

High school sweethearts Clare and Aidan spend the night before they leave for college reminiscing about their relationship and deciding whether they should stay together or break up.

Format: Film
Production Company: Ace Entertainment
To learn more, visit: Jordan Fisher To Star In ‘Hello, Goodbye And Everything In Between’ Movie | Deadline 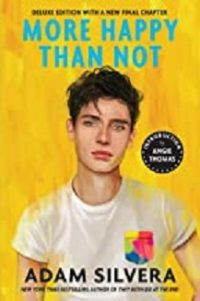 More Happy Than Not by Adam Silvera

After enduring his father’s suicide, his own suicide attempt, broken friendships, and more in the Bronx projects, Aaron Soto, sixteen, is already considering the Leteo Institute’s memory-alteration procedure when his new friendship with Thomas turns to unrequited love. 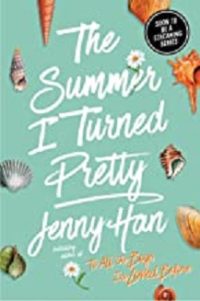 The Summer I Turned Pretty by Jenny Han

Belly spends the summer she turns sixteen at the beach just like every other summer of her life, but this time things are very different. 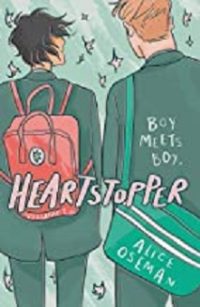 Shy and softhearted Charlie Spring sits next to rugby player Nick Nelson in class one morning. A warm and intimate friendship follows, and that soon develops into something more for Charlie, who doesn’t think he has a chance. But Nick is struggling with feelings of his own, and as the two grow closer and take on the ups and downs of high school, they come to understand the surprising and delightful ways in which love works. 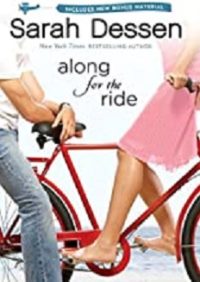 Along for the Ride by Sarah Dessen

When Auden impulsively goes to stay with her father, stepmother, and new baby sister the summer before she starts college, all the trauma of her parents’ divorce is revived, even as she is making new friends and having new experiences such as learning to ride a bike and dating. 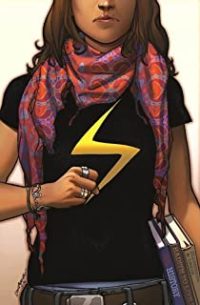 Kamala Khan is an ordinary girl from Jersey City – until she’s suddenly empowered with extraordinary gifts. But who truly is the new Ms. Marvel? Teenager? Muslim? Inhuman? Find out as she takes the Marvel Universe by storm! 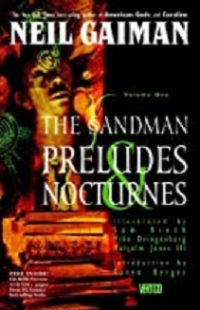 The Sandman by Neil Gaiman

The first volume of The Sandman is collected for the first time in a deluxe edition! As the story begins, an occultist attempting to capture Death to bargain for eternal life traps her younger brother Dream instead. After his 70-year imprisonment and eventual escape, Dream, also known as Morpheus, goes on a quest for his lost objects of power.