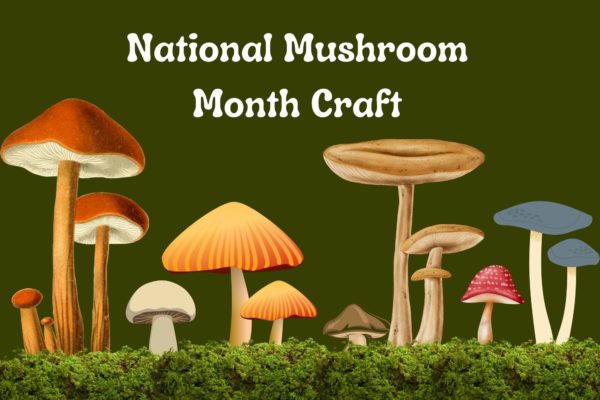 Well of course we have a month to celebrate the delightful, delectable, dear old mushroom. Mushrooms have been used perhaps most popularly in cooking, but also for their medicinal/healing properties throughout history. There is also quite a bit of myth and folklore surrounding mushrooms as well. This may be in part due to the fact that some mushrooms produce hallucinations. The fantastic fungi seem to have always been an object of intrigue and usefulness. Check out these books to learn more about, help identify, and just enjoy the mushroom! The Delicacy by James Albon

Rare and delicious fungi spell trouble for an ambitious restaurateur in this sumptuously painted graphic novel from one of Scotland’s most imaginative young cartoonists. Tulip and his brother Rowan have left the simple comforts of their remote Scottish island with a plan: to grow succulent, organic vegetables in an idyllic market garden, and to open a restaurant serving these wholesome culinary delights to the busy sprawl of London. The world of fine dining seems impossibly competitive… until they discover a deliriously scrumptious new species of mushroom. The dish brings diners in droves, catapulting their small restaurant to success beyond their wildest dreams. Now, pressured by the demands of a hungry city, Tulip is desperate to crack the secret of their new ingredient’s growth. But just how much will he sacrifice to feed his own insatiable ambition? Katie’s got it pretty good. She’s a talented young chef, she runs a successful restaurant, and she has big plans to open an even better one. Then, all at once, progress on the new location bogs down, her charming ex-boyfriend pops up, her fling with another chef goes sour, and her best waitress gets badly hurt. And just like that, Katie’s life goes from pretty good to not so much. What she needs is a second chance. Everybody deserves one, after all–but they don’t come easy. Luckily for Katie, a mysterious girl appears in the middle of the night with simple instructions for a do-it-yourself do-over: 1. Write your mistake 2. Ingest one mushroom 3. Go to sleep 4. Wake anew. And just like that, all the bad stuff never happened, and Katie is given another chance to get things right. She’s also got a dresser drawer full of magical mushrooms–and an irresistible urge to make her life not just good, but perfect. Too bad it’s against the rules. But Katie doesn’t care about the rules–and she’s about to discover the unintended consequences of the best intentions. Wild Mushrooms: A Cookbook and Foraging Guide by Kristen and Trent Blizzard

Get ready to fall in love with wild mushrooms! Absolutely everything you need to know to make mushrooming a lifestyle choice. Packed with content and lore from more than 30 skilled foragers around the country, Forage to Table will help mushroom hunters successfully utilize their harvest, and includes practical information on transporting, cleaning, and preserving their finds. One of the best things about cooking wild mushrooms is that every time you open your dried caches, their unique aroma recalls your foraging experience creating an immediate and visceral connection back to the forest. There is no finer way to appreciate food. You will not only learn the best ways to locate, clean, collect, and preserve your mushrooms from the experts, the book will also discuss safety and edibility, preservation techniques, mushroom sections and flavor profiles, and more. Mycelium Running: How Mushrooms Can Help Save The World by Paul Stamets

Growing more mushrooms may be the best thing we can do to save the environment, and mushroom expert Paul Stamets explains how in this groundbreaking manual. The science goes like this: fine filaments of cells called mycelium, the fruit of which are mushrooms, already cover large areas of land around the world. As the mycelium grows, it breaks down plant and animal debris, recycling carbon, nitrogen, and other elements in the creation of rich new soil. What Stamets shows is that the enzymes and acids that mycelium produces to decompose this debris are superb at breaking apart hydrocarbons–the base of many pollutants. Stamets discusses the various branches of this exciting new technology, including mycorestoration (biotransforming stripped land), mycofiltration (creating habitat buffers), myco-remediation (healing chemically harmed environments), and mycoforestry (creating truly sustainable forests. How To Forage For Mushrooms Without Dying : An Absolute Beginner’s Guide To Identifying 29 Wild, Edible Mushrooms by Frank Hyman

This is the book for anyone who walks in the woods and would like to learn how to identify just the 29 edible mushrooms they’re likely to come across. With Frank Hyman’s expert advice and easy-to-follow guidelines, readers will be confident in identifying which mushrooms they can safely eat and which ones they should definitely avoid 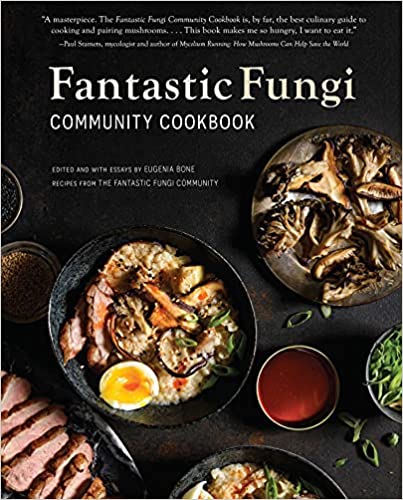 The Fantastic Fungi Community Cookbook is written by the people who know mushroom cooking best—mushroom lovers! These are the kinds of recipes you will actually cook for dinner: tried-and-true, family recipes representing cultures from all over the world 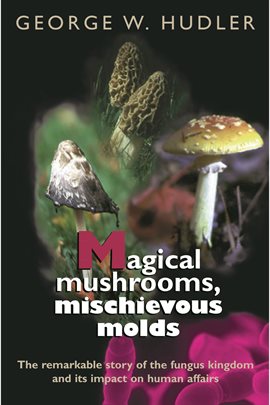 Mushrooms magically spew forth from the earth in the hours that follow a summer rain. Fuzzy brown molds mischievously turn forgotten peaches to slime in the kitchen fruit bowl. And in thousands of other ways, members of the kingdom Fungi do their part to make life on Earth the miracle that it is. In this lively book, George Hudler leads us on a tour of an often-overlooked group of organisms, which differ radically from both animals and plants. Along the way the author stops to ponder the marvels of nature and the impact of mere microbes on the evolution of civilization. Nature’s ultimate recyclers not only save us from drowning in a sea of organic waste, but also provide us with food, drink, and a wide array of valuable medicines and industrial chemicals.

Some fungi make deadly poisons and psychedelic drugs that have interesting histories in and of themselves, and Hudler weaves tales of those into his scientific account of the nature of the fungi. The role of fungi in the Irish potato famine, in the Salem Witch Trials, in the philosophical writings of Greek scholars, and in the creation of ginger snaps are just a few of the many great moments in history to grace these pages. 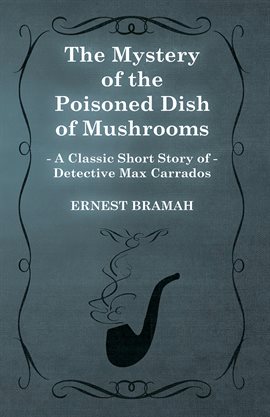 The Mystery Of The Poisoned Dish Of Mushrooms by Ernest Bramah

‘The Mystery of the Poisoned Dish of Mushrooms’ is a classic case of poison and skulduggery for blind super sleuth Max Carrados.