Horror Movies that are PG-13 (or Lower) that Will Still Scare You! 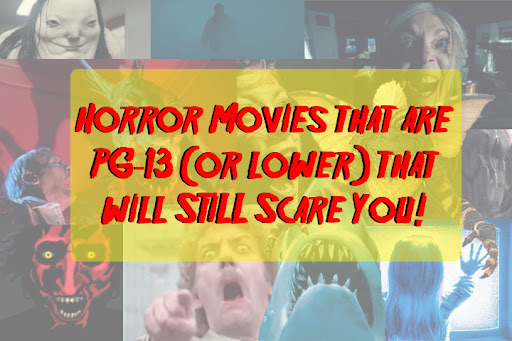 Do you enjoy scary movies? Most horror movies today are rated R, but there are still some great movies that are PG13 (or even rated PG or no rating at all!) that can still scare the dickens out of you! Take a look at some of these horror titles available in our collection on DVD, but beware! Don’t say we didn’t warn you! 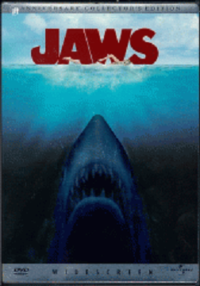 Why: One of the greatest horror movies of all time was made by one of the greatest filmmakers of all time, Steven Spielberg. Many people have sworn off swimming in the ocean forever because of this movie. The suspense of seeing just a fin in the water is scarier than seeing the actual shark. 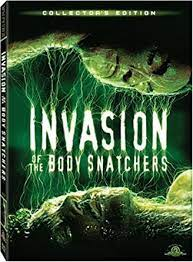 Invasion of the Body Snatchers (1978)

Under the cover of darkness, while an unsuspecting city sleeps, an alien life form begins to sow the seeds of unspeakable terror. It becomes a race to save the future of the entire human race.

Why: This movie is a remake of a 50’s movie, which was actually based on a novel. Donald Sutherland and Leonard Nimoy (yes, Mr. Spock himself) lead a great cast, and when you see the clones of people walking around, you’ll start side-eyeing your own neighbors. 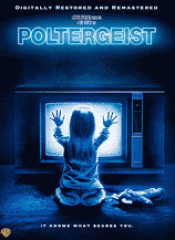 The Freeling family is a typical middle-class family living in the peaceful Cuesta Verde Estates. Steve, his wife Diane, 16-year-old daughter Dana, 8-year-old Robbie, and 5-year-old Carol Ann live in a tract house. Soon strange things begin to happen around the house; the pet canary dies, mysterious storms occur, and Carol Ann is summoned to the TV set, where a strange shaft of green light hits her and causes the room to shake. As the curious events continue, Carol Ann is repeatedly drawn to the television, where she begins to talk to “the TV people.” Soon Carol Ann is sucked into a closet, disappearing from this reality plane. Unable to find his daughter, Steve consults Dr. Lesh, a para-psychologist from a nearby college. Lesh finds that the paranormal phenomena are so strong in the Freelong household that she is unable to deal with it and sends for clairvoyant and professional exorcist Tangina to examine the house in hopes of finding Carol Ann. Tangina makes a horrifying discovery: Carol Ann is alive and in the house but is being held on another spectral plane.

Why: When this movie came out, it was all anybody could talk about. Directed by Tobe Hooper (of “The Texas Chainsaw Massacre”) and executive produced by Steven Spielberg, it touched on a lot of fears, including looking under the bed, clown toys, and sitting too close to the television. 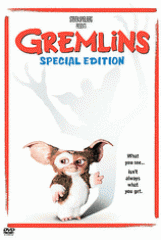 When a young bank teller inadvertently breaks the rules of Mogwai care, his new pet Gizmo multiplies into a bevy of mischievous brothers, who soon morph into malevolent scaly creatures.

Why: It starts out with an adorable little creature named Gizmo and then quickly goes off the rails with an infestation of horrific creatures with a penchant for killing people with mechanical engineering skills. Don’t forget the three rules of owning a mogwai or else! 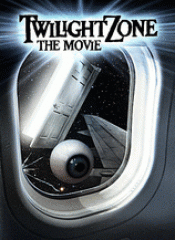 Four separate stories that take place in a mysterious fifth dimension of imagination.

Why: One of two anthology movies on this list, this movie also has some great performances led by some of the best directors in Hollywood at the time. The third story was particularly weird with a boy who could make pretty much anything happen by just thinking about it. The last segment, Nightmare at 20,000 Feet, was also pretty terrifying. 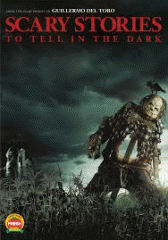 It’s 1968 in America. Change is blowing in the wind, but seemingly far removed from the unrest in the cities is the small town of Mill Valley, where for generations the shadow of the Bellows family has loomed large. It is in their mansion on the edge of town that Sarah, a young girl with horrible secrets, turned her tortured life into a series of scary stories written in a book that has transcended time.

Why: This is the second anthology film, made up of multiple stories that are linked together. Based on the successful book series, it has some fun and imaginative horror effects. 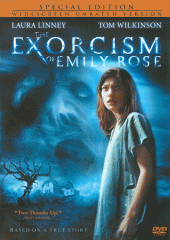 A skeptical attorney defends a Catholic priest accused of criminal negligence after a “possessed” girl he performed an exorcism on dies. Based on the true story of Anneliese Michel, a young German Catholic woman who died in 1976.

Why: The fact that this was based on a true story is terrifying in itself. You can’t help but be scared and feel sorry for Emily who went through this ordeal. 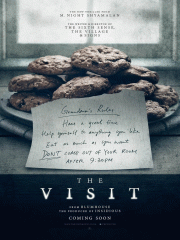 When Becca and Tyler are sent to their grandparents’ secluded Pennsylvania farm for a weeklong stay, they quickly discover something is not right with the elderly couple. Faced with strange rules and increasingly frightening behavior, the children soon realize it will take all their wits to make it home alive.

Why: M. Night Shyamalan reminds us that going to our grandparent’s house can be scarier than we thought! Does Grandma really need help in the kitchen? 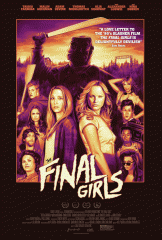 A young woman suffering the loss of her mother, a famous scream queen from the 1980s, finds herself drawn into the world of her mom’s most famous movie. Reunited, the women must fight off the film’s maniacal killer.

Why: This is more of a comedy than a horror, but I loved the clever concept of this movie. What if you broke the fourth wall and woke up in “Friday the 13th?” You know more than the rest of the characters, and you know who is going to be killed so what would you do? 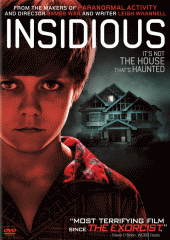 Josh and Renai have a happy family, until tragedy strikes their young son, and he begins to experience things that science cannot explain. Now they must try to prevent evil spirits from trapping their comatose child in a realm called The Further.

Why: Just wait until you see what’s hiding behind Patrick Wilson. 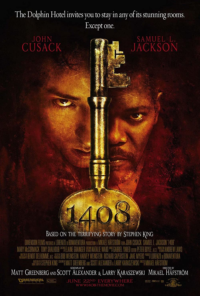 Renowned horror novelist Mike Enslin only believes what he can see with his own two eyes. After a string of bestsellers discrediting paranormal events in the most infamous haunted houses and graveyards around the world, he scoffs at the concept of an afterlife. Enslin’s phantom-free run of long and lonely nights is about to change forever when he checks into suite 1408 of the notorious Dolphin Hotel for his latest project. Defying the warnings of the hotel manager, the author is the first person in years to stay in the reputedly haunted room. Now Enslin must go from skeptic to true believer, all while trying to survive the night.

Why: Based on a story by master of horror Stephen King, John Cusack’s character reminds us maybe we should think twice about locking the door to our hotel room… 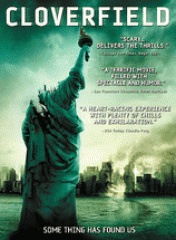 New York is suddenly under attack from a Godzilla-like monster who stomps through midtown, destroying everything and everybody in sight. 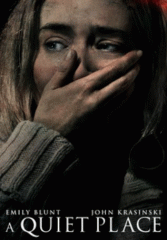 A powerful and evil force threatens to attack a family whenever they make a noise, causing them to plunge into lives of silence. Any move they make, they live with the terrifying threat of being ambushed at any moment. With their existence on the line, they will need to develop a plan to escape their perilous circumstances. The question is whether or not time has already run out on their aspirations to lead normal lives.

Why: Quiet is not just reserved for libraries. Watching this movie in silence is not just unsettling, you become VERY conscious that there is little to no noise. Turn the volume up, and when you do hear something, it’s a big jump scare. 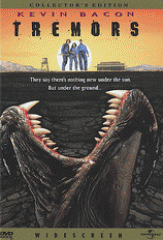 Why: Another comedy/horror classic, this movie helps connect actor Kevin Bacon to actor Michale Gross in one step (see the Kevin Bacon game). Moreover, it’s actually a fun movie about big monsters living in the dry earth that can jump up and eat you. Tread lightly! 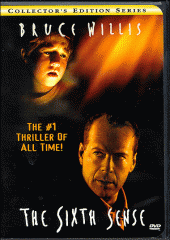 A noted child psychologist attempts to help a frightened 8-year-old boy who is experiencing terrifying visions of the dead.

Why: One of the first major films by M. Night Shyamalan, “The Sixth Sense” has an ending that most people did not expect. To this day, when I encounter a twist in anything that I didn’t see coming, I yell “Shyamalan!” 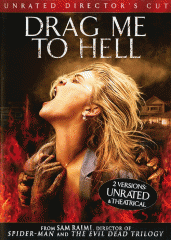 Christine Brown is an ambitious L.A. loan officer. She is on a desperate quest to break an evil curse. Professor Clay Dalton is her charming boyfriend. Life is good until the mysterious Mrs. Ganush arrives at the bank to beg for an extension on her home loan. Christine denies the extension to impress her boss and get a leg-up on a promotion, shaming Mrs. Ganush and dispossessing her of her home. She finds herself the recipient of a supernatural curse, which turns her life into a living hell.

Why: This movie was co-written and directed by Sam Raimi, who not only directed the first three Spider-Man movies (the ones with Toby Maguire), he also is responsible for the Evil Dead/Army of Darkness movies, classics on their own merit (but rated R, so I couldn’t include them in this list). This movie has its own scary ending that will stay with you for days. 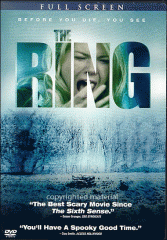 A strange videotape full of bizarre and haunting images is watched by a handful of teenagers. After viewing the tape, they receive phone calls in which they are warned they will die in seven days. Rachel, the aunt of one of the ill-fated teens, is a journalist who has decided to investigate the matter. She manages to find the cabin in the woods and watches the video herself; afterward, she receives the same phone call and realizes she must solve the puzzle of the video and who is behind it.

Why: Imagine an emaciated ghost girl crawling out of a television screen on all fours toward you. Yikes. This was a remake of a Japanese horror film called “Ringu,” and is also worth a watch. 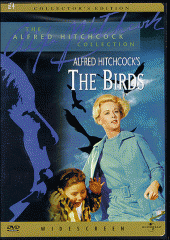 When Melanie Daniels rolls into Bodega Bay in pursuit of eligible bachelor Mitch Brenner, the small California town is inexplicably attacked by thousands of birds.

Why: This movie was directed by none other than the master of suspense himself, Alfred Hitchcock. The next time you wander through a park on a pleasant day…look up. 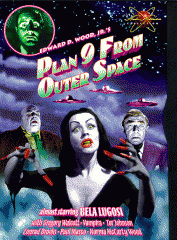 Plan 9 from outer space follows the alien-led zombie invasion as the aliens attempt, for the 9th time, to take over the earth.

Why: I had to put this on my list as a personal favorite. No, it isn’t really scary, and it was once awarded the Golden Turkey Award as the worst film of all time, but it’s a fun movie to watch and make fun of with friends, a la “Mystery Science Theater 3000” style. Edward D. Wood wrote and directed this, funded by a Baptist church that made him change the original title, “Grave Robbers from Outer Space.” This is also the last movie Bela Legosi made before he died (he was the original Count Dracula).