History on the Gogh: Ballad of a Starry Night 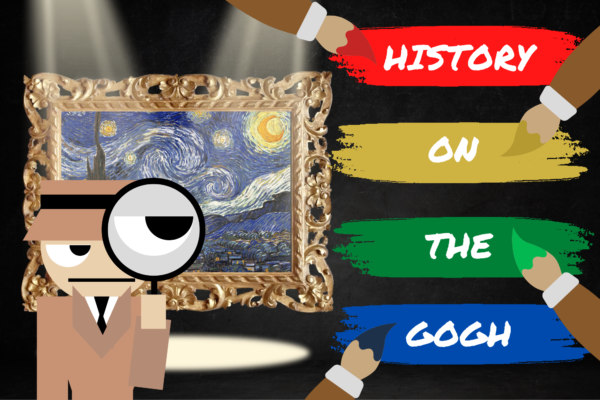 Rolling hills, a small town, and a swirling sky of beautiful stars.  When Vincent Van Gogh created the painting “The Starry Night” in 1889, this troubled painter did not realize that he made one of the most prominent and renowned paintings of the western world.

Since it made the Museum of Modern Art its home, that painting has been viewed by thousands of people from around the world, influencing the creation of various pop culture references, the works of new artists, and even the development of an oil painting-based animated film detailing the life of Van Gogh.  However, behind the calm, beautiful scene evoked by “The Starry Night,” lies something else – a sad, tumultuous history that few people know about.

Who is Vincent Van Gogh?  With such a loaded question, we need to dive deeper into his story and find out what happened before, during, and after that fateful year.

Things you may not have known about Vincent Van Gogh and “The Starry Night”:

Vincent Van Gogh did not start his painting career until he was 27 years old. 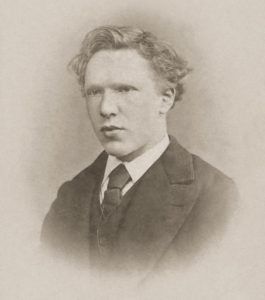 Van Gogh did not start his life as a successful artist.  From the age of 15, he and his family struggled financially.  He took on a job at his Uncle Cornelis’ art dealership, Goupil & Cie., in The Hague.  He was eventually transferred to the Groupil Gallery in London in 1873.  After his marriage proposal was denied by someone he fell in love with, he suffered a breakdown and was fired for telling customers to not buy the “worthless art.”  He then taught at a Methodist boys’ school and preached to congregations, hoping to become a minister and taking the entrance exam to the School of Theology in Amsterdam.  However, he was denied as he refused to take the Latin Exams, believing it was a dead language.  He then volunteered to work as a preacher for the Church of Belgium in 1878 at an impoverished coal mine.  He preached, ministered to the sick, and drew pictures of the miners and their families.  Unfortunately, the evangelical committees refused to renew his contract due to disagreements regarding his lifestyle, forcing him to move to Brussels in 1880 to become an artist, relying on his brother, Theo, for financial assistance. 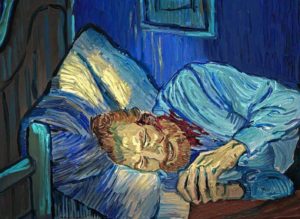 Van Gogh suffered from mental health issues throughout his life.  While art helped him stay emotionally balanced, he had moments of severe physical, emotional, and mental distress.  According to various researchers and historians, Van Gogh suffered from manic depression and epilepsy (based on the descriptions of the symptoms he wrote about in his letters and notes from doctors).  Other diagnoses were theorized over the years, but are still being debated today.

He cut off his ear? 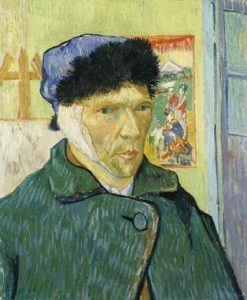 In 1888, Van Gogh was not doing well, with his psychological and physical well-being declining.  His brother, Theo, had asked Paul Gauguin to watch over Vincent while he was in Arles, France.   Van Gogh and Gauguin often argued and bickered over differences in opinion.  One night, Gauguin noticed that Van Gogh was following him with a razor in his hands.  At this point, the story varies.  The most popular theory and most recorded was that Van Gogh cut off his own ear, wrapped it in newspaper, and delivered it to a girl named Rachel at a local brothel, telling her to “Guard this object carefully.”  He was found the next day and taken to a hospital for treatment.

“The Starry Night” was painted from an asylum. 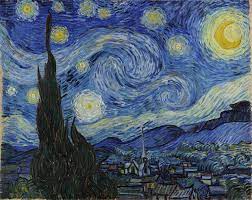 In 1889, Van Gogh stayed at Saint-Paul-de-Mausole asylum in Saint-Rémy, in southern France, hoping that treatment will help with his mental health.  The asylum gave Van Gogh a fair amount of freedom and allowed him to draw, read, and rest in his own room, while also providing him a studio where he could work on his paintings. During his recovery, he used his time to create various sketches and paintings based on his view from his room in the asylum.  While he made several pieces showing the fields and Alpilles mountains during the day, “The Starry Night” was the only nocturne painting based on this view.  During that time, the planet Venus was visible in the night sky, shining brightly in the Spring of 1889.  Due to this, the “star” to the right of the cypress tree in the painting is actually Venus.

What happened to Van Gogh? 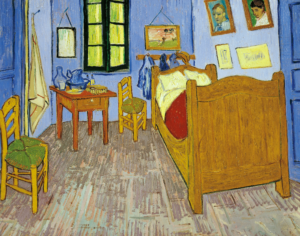 Unfortunately, Van Gogh relapsed and on July 27, 1890, he went out to paint with a loaded pistol.  He shot himself in the chest and survived.  He was taken to a hospital where he and his brother Theo spoke for a few days, after which he asked to go home.  On July 29, 1890, Van Gogh died in the arms of his brother.

Van Gogh was a brilliant artist and gave the world so much, and we at CCPL know that you have a lot to give to the world, too.  Help is always available when you need it, so if you need something, please say something.   We ask that if you are feeling suicidal and need immediate help, please do not hesitate to call the National Suicide Prevention Lifeline at (800) 273-8255.