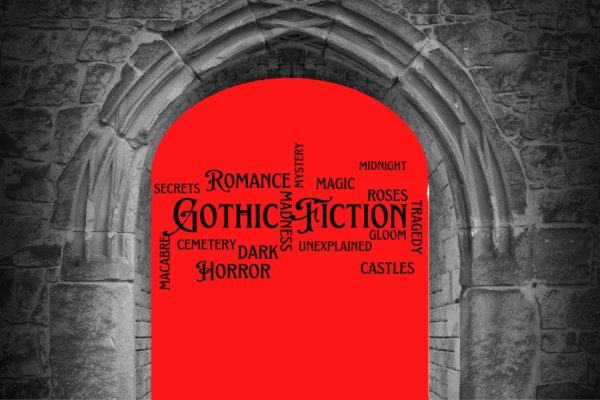 As we are in the midst of a spooky season, let’s indulge ourselves by reading some Gothic fiction! Surprisingly, this literary genre came about as a “sophisticated joke” when an author in 1764 applied the term to the subtitle of his novel (Mullan, 2014). From this, the works included in this genre began to grow throughout the years. The naming of the Gothic genre came from the fact that the first many of the early novels, to which the term applies, usually place the surroundings in gothic castles and ruins of the European Middle Ages (Pagan, 2018).

What is gothic fiction exactly you ask? In literature Gothic generally means horror, gloom, and mystery. Generally, it is the bringing together of horror and romance, the macabre and the clandestine.

To sample some Gothic literature take a peek at the list below! Olivia Prior has grown up in Merilance School for girls, and all she has of her past is her mother’s journal–which seems to unravel into madness. Then, a letter invites Olivia to come home–to Gallant. Yet when Olivia arrives, no one is expecting her. But Olivia is not about to leave the first place that feels like home, it doesn’t matter if her cousin Matthew is hostile or if she sees half-formed ghouls haunting the hallways. Olivia knows that Gallant is hiding secrets, and she is determined to uncover them. The Turn of the Screw by Henry James

A classic ghost story about a high-strung governess and the two young children who may–or may not–be plotting with the diabolical Peter Quint. The Book of Living Secrets by Madeleine Roux

Best friends Adelle and Connie always had in common their love of a little-known gothic romance novel called Moira. So when the girls are tempted by a mysterious man to enter the world of the book, suddenly they are in the world of Moira…Except that the girls realize that something dark is lurking behind their foray into fiction–and they will have to rewrite their own arcs if they hope to escape this nightmare with their lives. A gothic murder mystery set in gritty Victorian-era London, where an intrepid society girl finds herself embroiled in the investigation of a serial killer known as Jack the Ripper. The Gilded Cage by Lucinda Gray

An American farm girl discovers that she’s an English heiress but claiming her fortune leads to danger and intrigue. House of Furies by Madeleine Roux

After escaping a harsh school where punishment was the lesson of the day, seventeen-year-old Louisa Ditton is thrilled to find employment as a maid at a boarding house. But soon after her arrival at Coldthistle House, Louisa begins to realize that the house’s mysterious owner, Mr. Morningside, is providing much more than lodging for his guests. Nestled deep within the forest lies a mysterious school dedicated to wiping out the werewolf population. But where exactly do werewolves come from? And why are children not bitten by a werewolf turning? Mia is about to discover the answers to these questions and more. When fifteen-year-old Mia’s father is murdered, it’s her estranged uncle that comes to the rescue; but what he offers her in return for his help could be worse than the life she’s leaving behind. In May 1980, fifteen-year-old Oscar Drai suddenly vanished from his boarding school in Barcelona. His story begins in an old quarter of the city, where he meets the strange Marina and her father, Germán Blau, a portrait painter. Marina takes Oscar to a cemetery to watch a macabre ritual that occurs on the last Sunday of each month. At exactly ten o’clock in the morning, a coach pulled by black horses appears. From it descends a woman, her face shrouded by a black velvet cloak. Holding a single rose, she walks to a gravestone that bears no name, only a mysterious emblem of a black butterfly with open wings. When Oscar and Marina decide to follow her, they begin a journey that transports them to a forgotten, postwar Barcelona–a world of aristocrats and actresses, inventors and tycoons–and reveals a dark secret that lies waiting in the mysterious labyrinth beneath the city streets. Dracula is an 1897 Gothic horror novel by Irish author Bram Stoker. Famous for introducing the character of the vampire Count Dracula, the novel tells the story of Dracula’s attempt to move from Transylvania to England so he may find new blood and spread the undead curse and the battle between Dracula and a small group of men and women led by Professor Abraham Van Helsing.

Masque of the Red Death by Bethany Griffin

In this twist on Edgar Allen Poe’s gothic short story, a wealthy teenage girl who can afford a special mask to protect her from the plague that decimated humanity in the mid-1800s, falls in love, becomes caught up in a conspiracy to overthrow an oppressive government, and faces the threat of a new plague. You may think you know the story. Penniless orphan Jane Eyre begins a new life as a governess at Thornfield Hall, where she meets one dark, brooding Mr. Rochester–and, Reader, she marries him. Or does she? Prepare for an adventure of Gothic proportions, in which all is not as it seems, a certain gentleman is hiding more than skeletons in his closets, and orphan Jane Eyre, aspiring author Charlotte Bronte, and supernatural investigator Alexander Blackwood are about to be drawn together on the most epic ghost hunt this side of Wuthering Heights. The Companion by Katie Alender

The other orphans say Margot is lucky. But it wasn’t luck that made the Suttons rescue Margot from her bleak existence at the group home. Margot was handpicked to be a companion to their silent, mysterious daughter, Agatha. At first, helping with Agatha–and getting to know her handsome older brother–seems much better than the group home. But soon, the isolated, gothic house begins playing tricks on Margot’s mind, making her question everything she believes about the Suttons . . . and herself. Down Comes the Night by Allison Saft

Honor your oath, destroy your country. Wren Southerland is the most talented healer in the Queen’s Guard, but her reckless actions have repeatedly put her on thin ice with her superiors. So when a letter arrives from a reclusive lord, asking Wren to come to his estate to cure his servant from a mysterious disease, she seizes the chance to prove herself. When she arrives at Colwick Hall, Wren realizes that nothing is what it seems. Particularly when she discovers her patient is actually Hal Cavendish, the sworn enemy of her kingdom. As the snowy mountains make it impossible to leave the estate, Wren and Hal grow closer as they uncover a sinister plot that could destroy everything they hold dear. But choosing love could doom both their kingdoms. The Madman’s Daughter by Megan Shepherd

Dr. Moreau’s daughter, Juliet, travels to her estranged father’s island, only to encounter murder, medical horrors, and a love triangle. 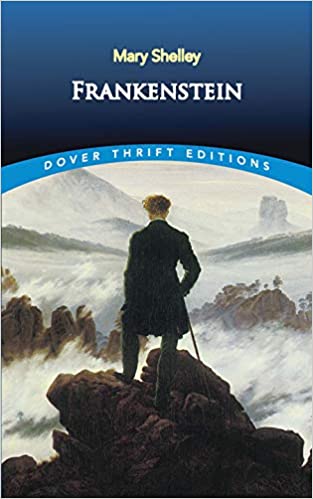 The classic tale of a man who created a monster. House of Salt and Sorrows by Erin Craig

In a manor by the sea, twelve sisters are cursed. Once there were twelve, but loneliness fills the grand halls now that four of the girls’ lives have been cut short. Each death was more tragic than the last — the plague, a plummeting fall, a drowning, a slippery plunge — and there are whispers throughout the surrounding villages that the family is cursed by the gods. The girls have been sneaking out every night to attend glittering balls, dancing until dawn in silk gowns and shimmering slippers, and Annaleigh isn’t sure whether to try to stop them or to join their forbidden trysts. Because who — or what — are they really dancing with? Within These Wicked Walls: A Novel by Lauren Blackwood

As a debtera, nineteen-year-old Andromeda performs exorcisms to cleanse households of the Evil Eye, but when she agrees to work for handsome, young heir Magnus Rorschach, her job becomes truly terrifying. 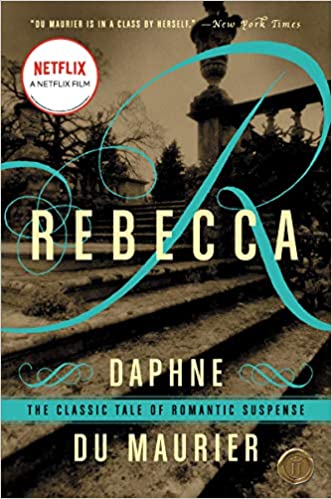 A classic novel of romantic suspense finds the second Mrs. Maxim de Winter entering the home of her mysterious and enigmatic new husband and learning the story of the house’s first mistress, to whom the sinister housekeeper is unnaturally devoted.