What happened in November? 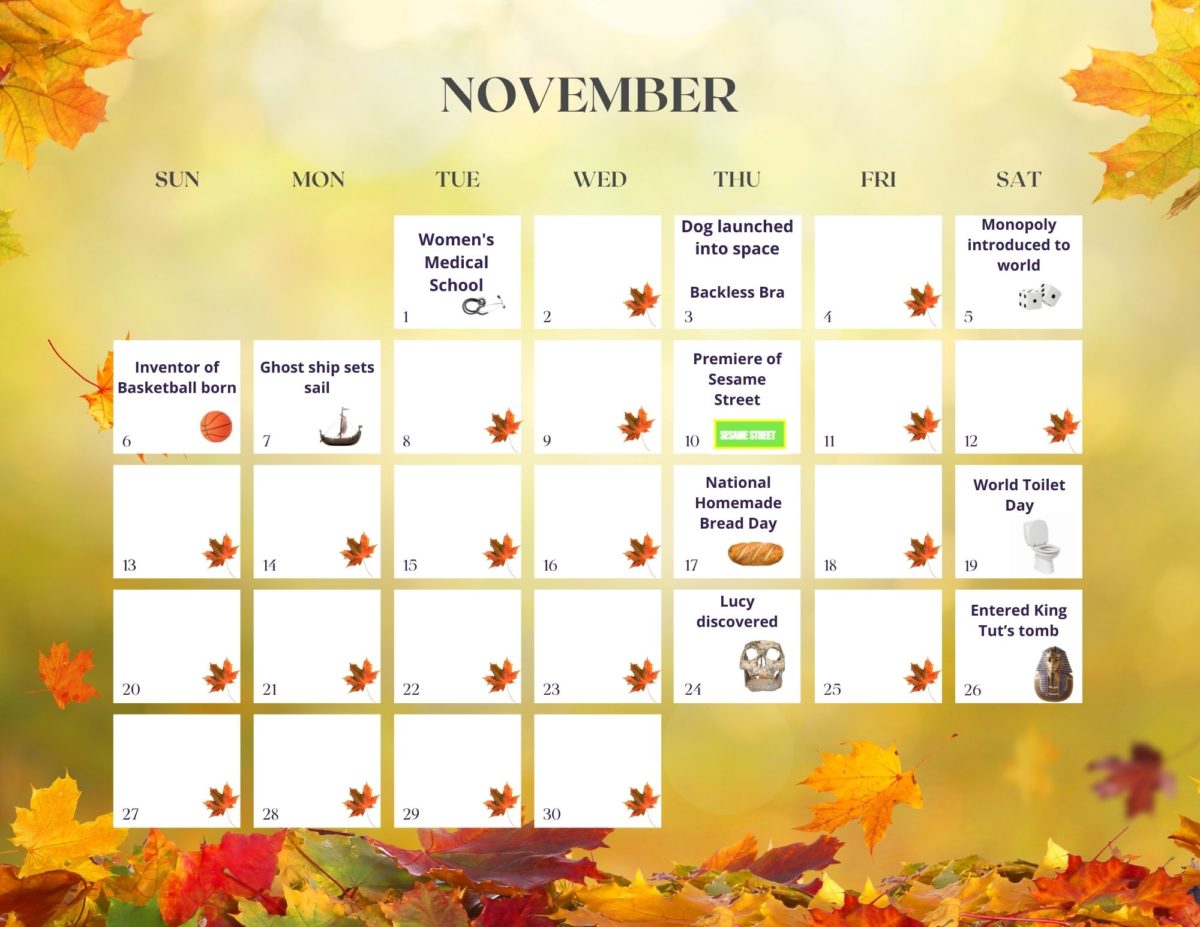 Do you ever wonder what is special about November besides Thanksgiving and Black Friday? It is a month that feels like a stepping stone from Halloween to Christmas and always seems to fly by. Well, there in fact have been many interesting and important things that have happened during November!

Nov. 19th is World Toilet day and was created in 2001 to celebrate toilets and raise awareness of the 4.2 billion people who do not have access to sanitation. To learn more, click here.

Nov. 17th is National Homemade Bread Day and was created to encourage the traditional making of homemade bread, because it can be more nutritious than some store-bought breads. To learn more, click here and if  you plan to celebrate this day check out this book! 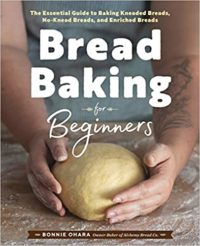 Flour, yeast, water, and salt even with the simplest of ingredients, making homemade bread can be a daunting task if you’ve never done it before. From total scratch to your first batch, Bread Baking for Beginners offers simple, user-friendly tutorials and recipes to mix, knead, and enjoy freshly baked loaves at home.

Events in entertainment and sports!

The Inventor of Basketball Was Born

James Naismith was born Nov. 6th in 1861 and would later go on to invent the game of basketball in 1891. The invention of the game was due to a class assignment Naismith had and the first baskets were actually peach baskets!

To learn more about the invention of basketball, click here.

The Parker Brothers Introduced Monopoly to the World

The Parker Brothers began advertising the game Monopoly on Nov. 5th 1935, which would go on to destroy many relationships. However, the game was originally invented in 1903 by Lizzie Magie, who self published the game and titled it “The Landlord’s Game”. 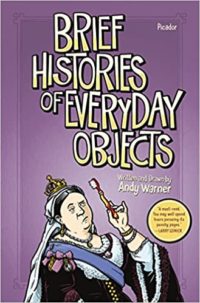 Readers learn how Velcro was created after a Swiss engineer took his dog for a walk; how a naval engineer invented the Slinky; a German housewife, the coffee filter; and a radical feminist and anti-capitalist, the game Monopoly. This is both a book of histories and a book about histories. It explores how lies become legends, trade routes spring up, and empires rise and fall–all from the perspective of your toothbrush or toilet “.

Disney premiered the show “Steamboat Willie” on Nov. 18th, 1928 and it was Mickey Mouse’s debut appearance.

They Drew As They Pleased: The Hidden Art Of Disney’s Golden Age, The 1930s by Didier Ghez

Introducing new biographical material about the artists and including largely unpublished artwork from the depths of the Walt Disney Archives and the Disney Animation Research Library, this volume offers a window into the most inspiring work created by the best Disney artists during the studio’s early golden age.

The popular children’s television show made its debut on Nov. 10, 1969. The show was created to help educate children and has gone on to be the most widely viewed children’s program in the world.

This famous skeleton was nicknamed Lucy and was found during a research expedition in Ethiopia on November 24, 1974. Lucy is so famous because at the time of her discovery, she was the oldest, most complete hominin (primate ancestor of humans) skeleton ever recovered.

To learn more about the discovery and importance of Lucy, click here. To read more about Lucy and the discoveries since she was unearthed, check out this book! 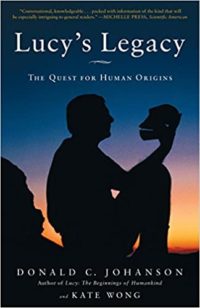 In this sequel to the “New York Times” bestseller “Lucy: The Beginnings of Mankind,” celebrated paleoanthropologist Johanson, along with Wong, explore the extraordinary discoveries since Lucy was unearthed more than three decades ago.

In 1922 on Nov. 26th archaeologist Howard Carter and amateur egyptologist Lord Carnarvon entered the antechamber of King Tut’s tomb. The tomb consisted of four rooms, and contained many artifacts. The greatest find was the sarcophagus containing King Tut’s mummified body.

Howard Carter’s discovery of King Tutankhamen’s tomb in 1923 sparked worldwide fascination about ancient Egypt, and the mysteries of the Egyptians still loom large. The Pyramids, the Sphinx, mummies, surviving artwork, and more all hold priceless clues about what life was like in ancient Egypt.

In 1477, William Caxton printed the book “Dictes and Sayings of the Philosophers” (“The Sayings of the Philosophers”) originally written by the medieval Arab scholar al-Mubashshir ibn Fatik’. The book was printed on Nov. 18th, 1477. While this book is not the first book printed in the English language it is remarkable because it contains the date it was printed, the name of the printer, and the place of publication. To view the very first printed book in English click here.

Dog Launched Into Orbit As The First Animal In Space

On November 3rd, 1957, the Soviets launched Sputnik II into space with its sole passenger being Laika, a stray husky-spitz mix from Moscow. Prior to the launch, stray dogs had been rounded up and put through a series of tests and trials to determine which would be best suited to the task. Sadly Laika died soon after launch due to the loss of the sun shield.

To read more about Laika’s story and other space dogs check out this book! 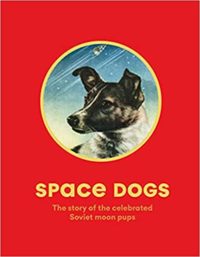 Space Dogs : The Story Of The Celebrated Canine Cosmonauts by Martin Parr

The first canine cosmonaut was Laika, meaning ‘barker’. The little stray could never have anticipated that she would one day float 200 miles above the Moscow streets. She would be canonized as a proletarian hero, appearing on stamps, postcards and souvenirs. Her successors were Belka and Strelka, the first dogs to successfully return safely to Earth, and with them, the cult of the space dog was born.

The United States issued a patent for the first backless bra on November 3rd, 1914. This patent was created by Mary Phelps Jacobs to replace corsets. The patent was then sold to The Warner Brothers Corset Company.

Click here to view a newspaper advertisement for the backless brassiere in the Washington Post from 1917 in our Newspaper Archive. Check out this book to learn more about the history of women’s undergarments! 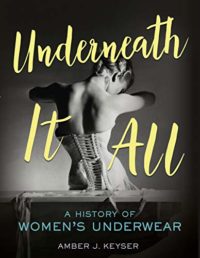 Underneath It All : A History Of Women’s Underwear by Amber J. Keyser

For most of human history, the garments women wore under their clothes were hidden. The earliest underwear provided warmth and protection. But eventually, women’s undergarments became complex structures designed to shape their bodies to fit the fashion ideals of the time.

On November 7th, 1872, the ship Mary Celeste sailed out of New York and into lore. The ship set sail from New York City bound for Italy, only to be discovered 8 days after its departure, ship and cargo intact but completely abandoned.

To learn more about this mysterious ship, check out this book.

Ghost Ship : The Mysterious True Story Of The Mary Celeste And Her Missing Crew by Brian Hicks

On December 4th, 1872, a 100-foot brigantine was discovered drifting through the North Atlantic without a soul on board. Not a sign of struggle, not a shred of damage, no ransacked cargo—and not a trace of the captain, his wife and daughter, or the crew. What happened on board the ghost ship Mary Celeste has baffled and tantalized the world for 130 years.