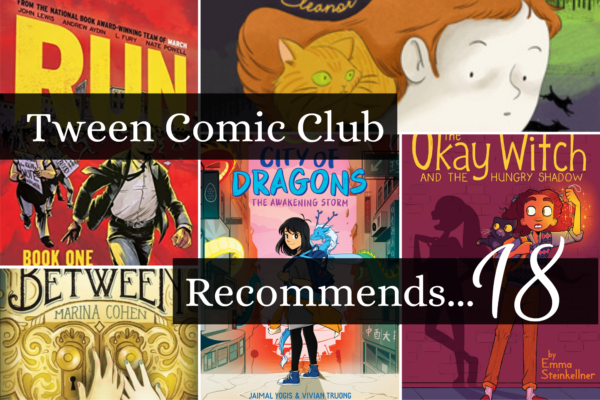 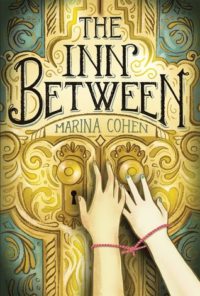 The Inn Between by Marina Cohen

When Quinn learns that her best friend Kara will be moving away, she goes with Kara’s family on one last road trip.  The group stops at a creepy Victorian mansion–where Kara’s parents disappear!  Will these guests ever be able to leave the hotel?  Read the book to find out!  A prose novel.

The Doctor says: “The Inn Between is an exciting scary novel about two best friends and their families going to California from Colorado.  On the way, they stop at a giant hotel off the side of the road. But once they check in, mysterious things start happening to the group. Filled with plenty of unforeseen twists, this book is perfect for fans of Cohen’s other book, Box of Bones; Small Spaces by Katherine Arden; or the video game Luigi’s Mansion 3.” 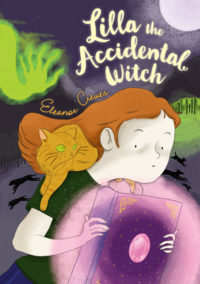 When Lilla visits Italy for the summer, she finds a book of magic–and learns that she is a witch!  But another witch haunts the forest, looking for an innocent soul who will grant her power.  Only by being true to herself can Lilla save herself.

The Doctor says: “Lilla the Accidental Witch is about a girl named Lilla who finds out she’s a witch. When she’s trying to practice her magic though, a dark witch is plotting something bad to do with Lilla. It’s a fun story about witches, magic, and finding out who you are. It’s good for fans of The Okay Witch and other graphic novels about teen witches.” 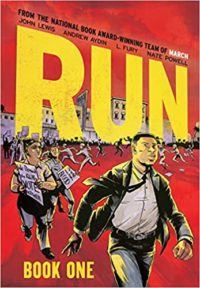 The start of this new trilogy picks up the story of John Lewis’s life after the events of the March trilogy.  Though the Selma voting rights campaign has ended, a victory does not mean the fight for civil rights is over.

Ms. Krysta says: “John Lewis continues the story of his work for the Civil Rights movement in this follow-up to the March trilogy.  Set largely from 1965-1966, the book broadens its focus to inform readers about the many people, organizations, and ideologies fighting for equality.  The story really hits its stride towards the end, as Lewis faces being ousted from his leadership role at SNCC into an uncertain future.  Highly recommended!” 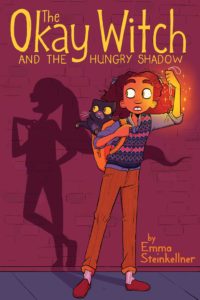 The Okay Witch and the Hungry Shadow by Emma Steinkellner

Moth Hush imagined life would be better once she learned magic. Her mom, however, will only let her learn small spells and her best friend Charlie just keeps telling her to ignore the school bullies.  So when Moth finds a charm that promises to make her popular, she jumps at the chance to use it.  The only trouble is, the charm holds an evil power that’s been waiting a long time for a chance to escape….  Sequel to The Okay Witch.

Ms. Krysta says: “The Okay Witch and the Hungry Shadow is a beautifully-written story about accepting one’s self just the way they are.  Though Moth Hush longs to be like the popular girls at school, she eventually learns (courtesy of an evil spirit) that true strength lies in celebrating everything that makes a person unique.  She also finds her voice in the process, choosing to stand up to the school bullies–and the bystanders–whom everyone else wants her to ignore.  Filled with heart and humor, this is a story with a satisfying ending.  But it hopefully won’t be the end of Moth’s magical adventures!” 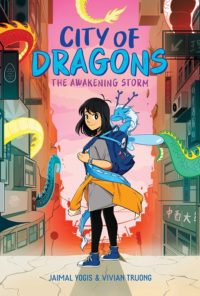 City of Dragons: The Awakening Storm by Jaimal Yogis and Vivian Truong

Grace imagines that her biggest worry when moving to Hong Kong will be fitting in with the kids at her fancy new school.  Then a mysterious woman gifts her a dragon egg–and it hatches a real dragon!  Grace and her friends will have to work together to protect the dragon from those who would use its powers to reignite an ancient war.

Ms. Krysta says: “What an imaginative story!  City of Dragons: The Awakening Storm immerses readers in mythology as the protagonist and her friends try to uncover the origins of a small water dragon, and the history of a group dedicated to the god of war.  Full of mystery and action, this story will appeal to fans of The Nameless City and the 5 Worlds series.”