2020 does not only start a new decade for us, but it also introduces us to new possibilities. And it also provides us with new memories. These are weird times right now. Instead of being afraid, let us put 2020 in a box and reflect on it later. Much, much later. So, are you ready for your time capsule?

A time capsule is a box or any other container that we use to put things of the present away, bury it, then dig it up years later. The capsule provides a slice of yesteryears and nostalgia too.

For my time capsule, I will put in a toy, a ticket from an earlier trip, some type of currency, a candy bar, and a sheet that covers what life was like in the year 2020.

What am I using for this project? 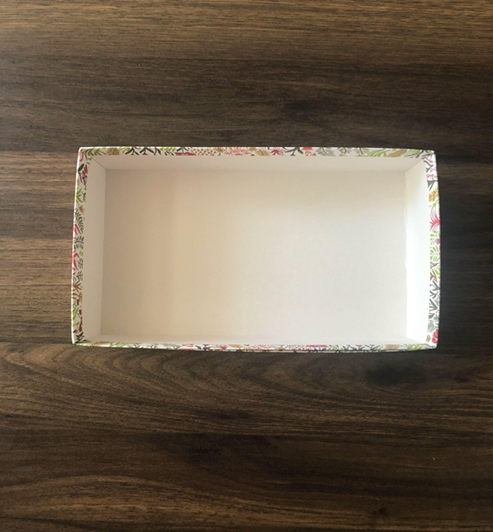 Start off with a box. Any will do! If you do not have a box, that is okay too. Time capsules can be made of anything. 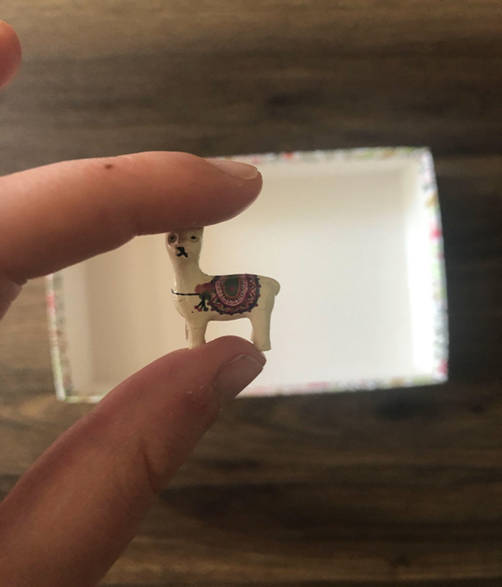 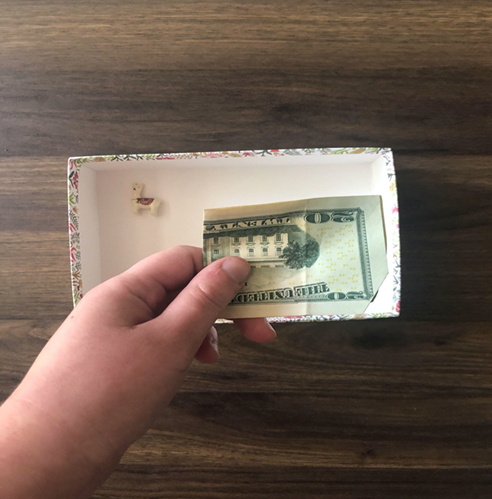 Look at what I found! Currency! Curren- wha? Currency is another word for money. Here we have a twenty dollar bill. I am putting it in my time capsule to see if it will change in five years. Will it still be green? Who will be on it? 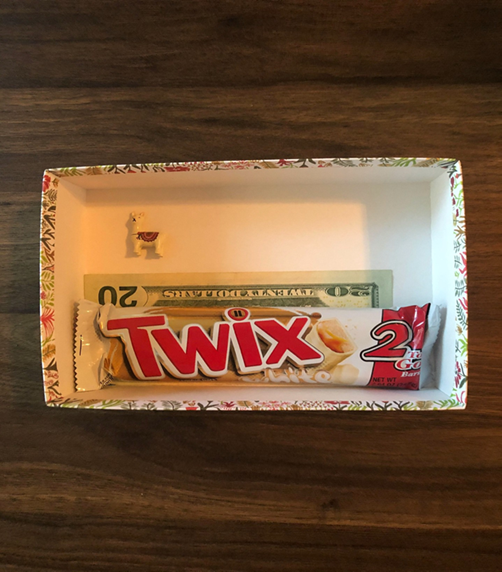 I am adding this candy bar to conduct an experiment. What is it going to look like after 5 years? I wonder if the white chocolate will melt even if it is underwater. I am also going to see if Twix bars will still be around when I dig up the box. You can put any candy or wrapper in your time capsule. 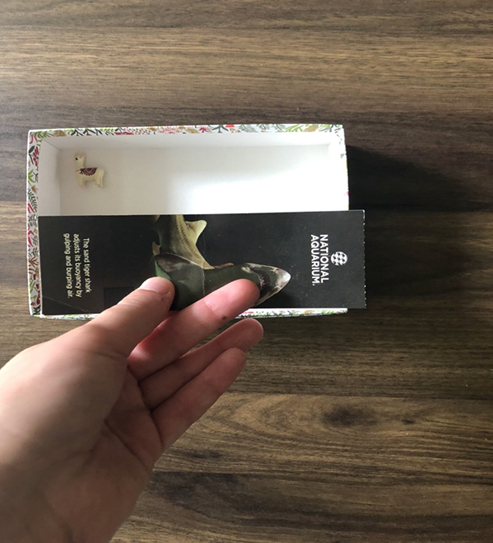 Here is a ticket from a trip to the National Aquarium that I went on at the beginning of this year. When I went, they had cool fish, sharks, dolphins, and even puffins! After five years, what other exhibits will they have? 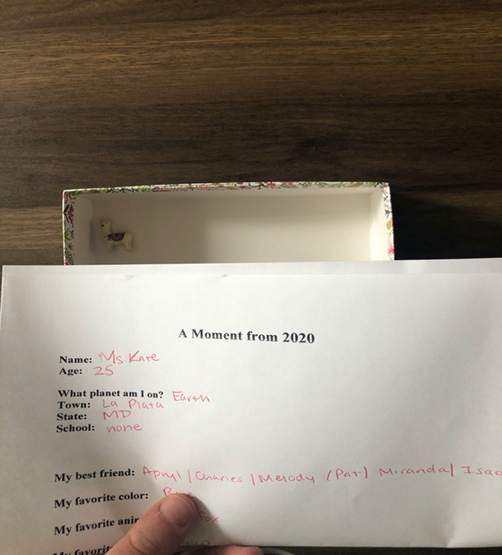 This sheet is something you can fill out too! It is called “A Moment from 2020” and it is going to help keep track of your age, where you were, and what you were like during the year 2020.

And there is an added bonus with these sheets … 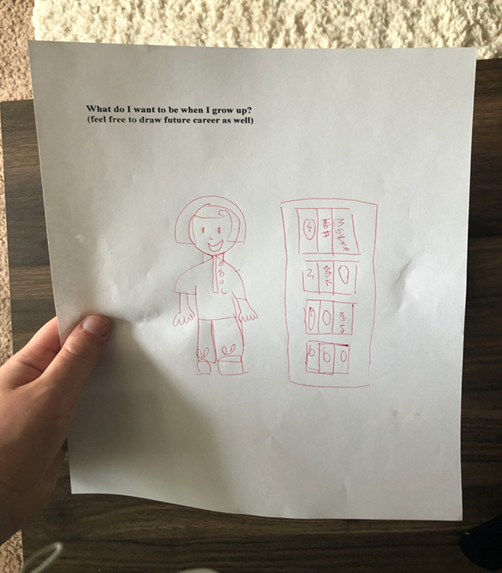 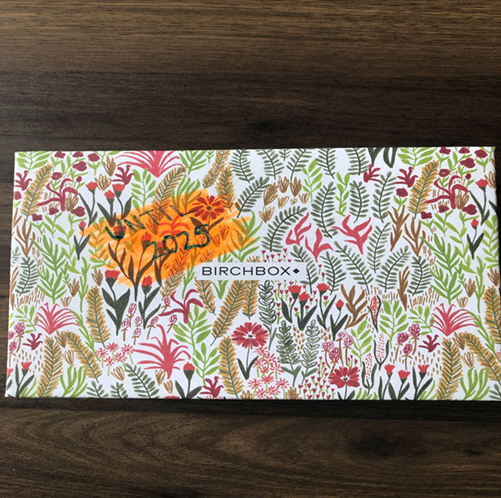 That’s all folks, our time capsule! Well.. my time capsule. Now all I have to do is bury it with a marker and just wait until I can open it again. You do not have to put in the items I did, have fun with your memories in this project! Enjoy, and stay safe everyone!

Here are some other time capsules that have opened or have yet to open!

The first time capsule was called the “Century Safe” and is believed to date back to 1876. It had a picture of Ulysses S. Grant (who was president at this time), gold pens, American signatures, and an inkstand. It wasn’t uncovered until 1976 by former President Gerald A. Ford.

In 1901, a time capsule was placed in the head of a golden lion! (Do you see what I mean when time capsules can be any container?) Boston took it a step further when they found a box found in the lion statue that stands on top of the historic Old State House. The items inside included newspaper clippings, campaign buttons, a nail from the Old South Church, and photographs of past Boston mayors.

Disneyland has its own capsule too. It was buried on the 40th anniversary and will not be unearthed until its 80th anniversary in the year 2035. Only 15 more years to go! … I am going to be old…

The next step is to bury the time capsule. I recommend marking where you have placed your capsule so you can find it much easier. I am going to use a flag as my marker. Give yourself a specific date for when you can uncover your buried treasure. If you cannot wait until the recovery date, it is okay to open it up earlier!

I wonder what I will look like when the time is up, and I can look at my time capsule!… I hope I am not old!

I hope you have enjoyed this craft as much as I have. I look forward to when we can talk about what we put in our capsules!

Decade: a term for ten years.

Capsule: a small case or container.

Ulysses S. Grant: He was the 18th President of the United States (1869- 1877) and served as the General for the Union Army during the Civil War.

Signature: How you write your name. What does your signature look like?

C.S. Lewis: Clive Staples Lewis was a British writer. He created the Chronicles of Narnia series. (Fun fact: He was close friends with J.R.R. Tolkien, the author of the Lord and the Rings series!)

Anywho: A different way that Ms. Kate says, “however.”

Campaign: a way to achieve a goal, usually in politics.

Mayor: An elected official of a city or town. Jeanine James is La Plata’s mayor!