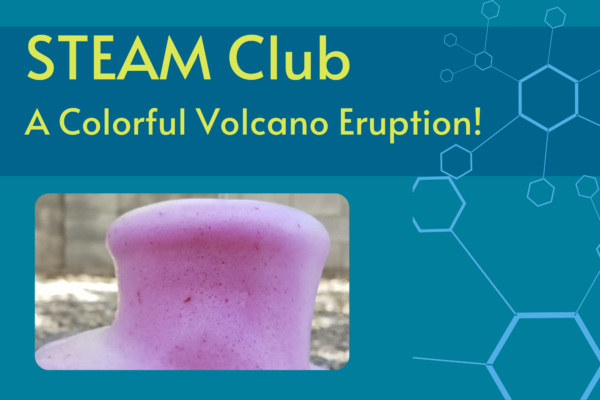 Volcanoes are vents or openings in the Earth’s crust through which lava, ash, molten rock, and gas erupt. As a volcano erupts, hot liquid rock (magma) rises up and bursts out through the Earth’s vent, and it spills lava that flows downslope. The explosive force of volcanic eruptions forms mountains, as well as craters. There are volcanoes on every continent and are found near the boundaries of the Earth’s tectonic plates. 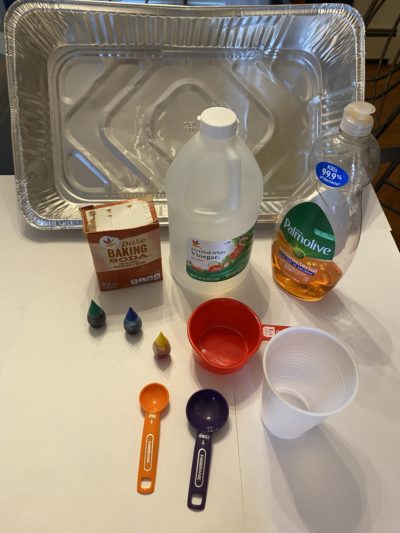 Step 1: Take all of your supplies outside and fill your tin pan with dirt. 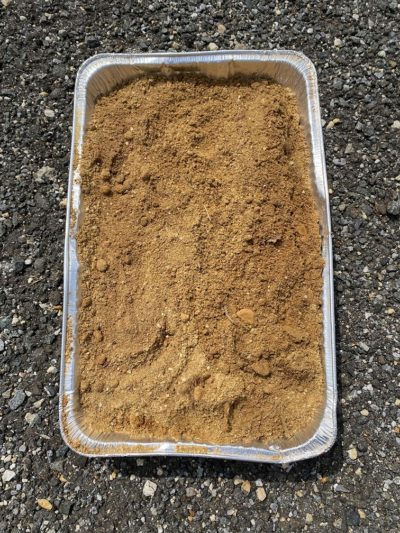 Step 2: Dig a hole in the center of the dirt, put your cup into the hole, and then create a mound by spreading the dirt up to the top rim of your cup with your hands. (You may use garden gloves if you don’t want to get your hands dirty). 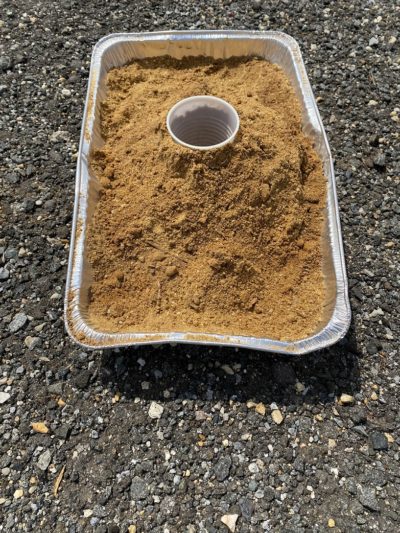 Step 3: Fill your cup ⅔ of the way with water. 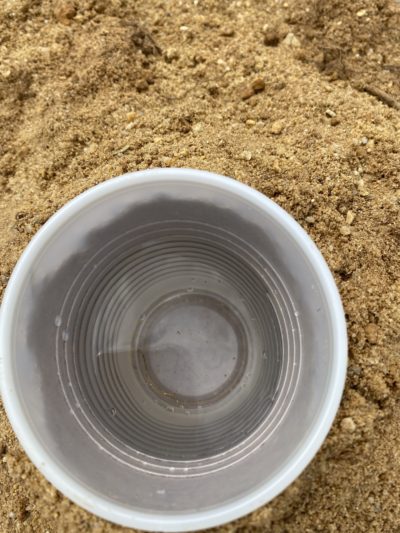 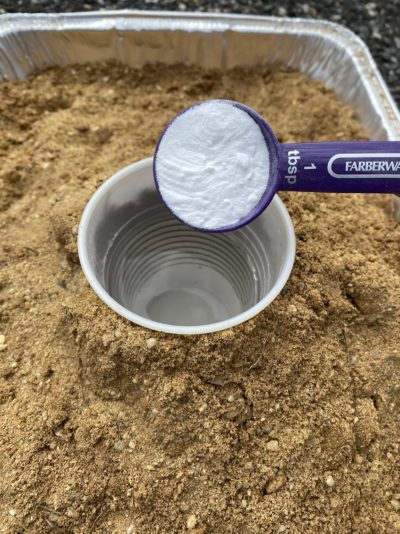 Step 5: Add 6 or more drops of food coloring depending on the intensity of the desired color. 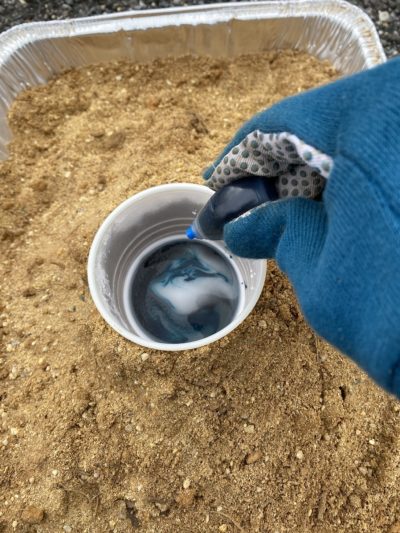 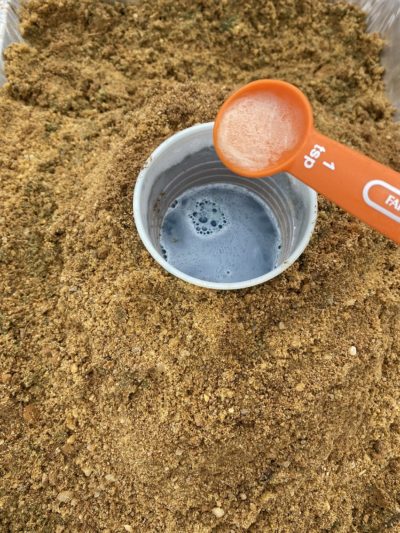 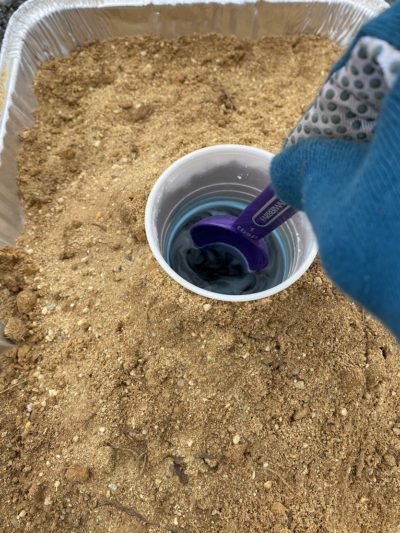 Step 8: Add approximately 6 ounces of vinegar or until the lava starts to foam over. 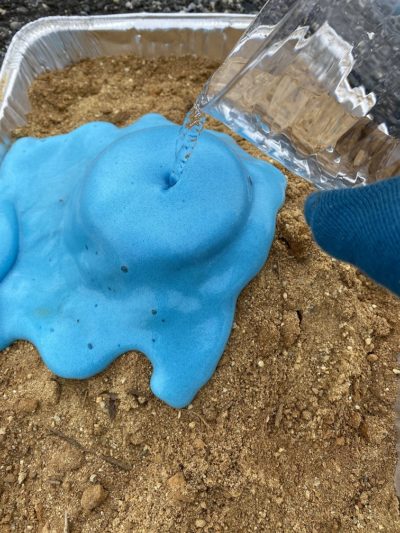 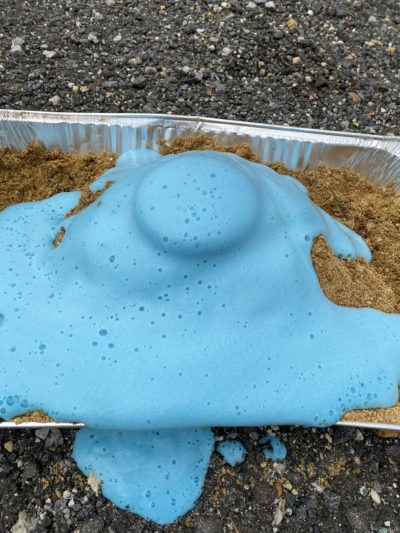 Step 10 is optional: Add another color of food coloring and mix well, then add more vinegar and see what color the eruption becomes. 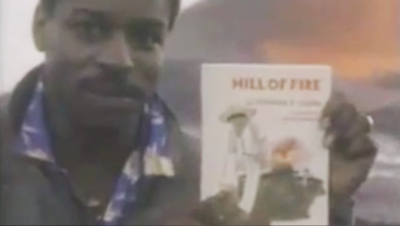 Hill of Fire – a Reading Rainbow Episode on volcanoes

LeVar visits Hawaii to get a closer look at active volcanoes. He studies lava and the way the earth changes after an eruption. Fernando Escandon reads Hill of Fire, a true story of how a volcano suddenly started to build up in a farmer’s field in Mexico, and how the city then had to evacuate. 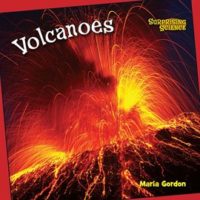 Part of the Surprising Science series

What makes a volcano spurt such hot lava? Where does all the lava come from? What makes the lava so hot and furious? Volcanoes hold a story that is just waiting to spill out, as your readers will learn here. While focusing on the answers to these questions, readers will also be learning related science concepts. 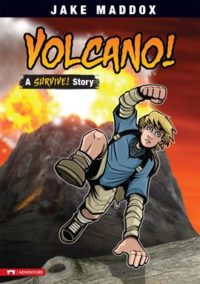 It was supposed to be a fun camping trip. Tom and Kevin had been looking forward to it all summer. Kevin had never camped before, and Tom couldn’t wait to show his friend how to fish and survive in the wilderness. But when the long-dormant volcano erupts, their fun trip vanishes, replaced by a mad dash for survival. Tom and Kevin have to use their smarts to outrun the lava spilling madly from the volcano’s peak. 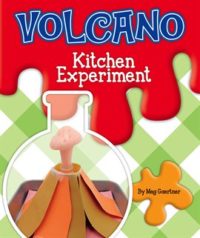 Part of the Science Experiments in the Kitchen series

Engage readers with simple step-by-step instructions to create a volcano right in their kitchen. Readers are introduced to basic science concepts such as acids and bases, atoms and molecules, and elements. Additional features include a table of contents, informative sidebars and captions, a phonetic glossary, an index, information about the author, and sources for further research. A kid-friendly science experiment inspires observation and hands-on fun. Is it possible to bounce a raw egg without breaking it? Can something act like both a solid and a liquid? Engage readers in key science concepts using easy and fun science experiments that can be done right in the kitchen. STEM concepts are broken down and explained with simple text, colorful photographs, and step-by-step instructions for completing experiments. Additional features include a table of contents, informative captions, a phonetic glossary, an index, and sources for further research. Readers will enjoy actively participating in the experiments and understanding the science behind how things work. This engaging series is perfect for young scientists!

The Earth as we know it was partly created by volcanoes. Many are still active today. Learn how volcanoes from and what is going on when they erupt.

Introduces volcanoes, describing how they form, why they erupt, and some of the most explosive eruptions throughout history.