Write a variety of words down on a piece of paper.  Make sure you have a mix of different types of words–nouns, adjectives, verbs, adverbs, etc.  You can also think about themes.  Do you want to tell a fantasy story?  Include words like “dragon,” “brave,” “princess,” and “quest.”  Do you love outer space?  Maybe you will tell a science fiction story with words like “planet,” “stars,” “orbit,” and “journey.”  Or maybe you want to tell a silly story that mixes different genres.  Your tale can include, “pirate,” “sparkly,” “robots,” “audition,” and “ostrich.”

Once you have your words written down, cut them up so each word is on its own piece of paper.  Mix them up and put them in your jar.

To play the story game, the first person will choose five slips of paper.  They have to begin a story that includes those five words.  Once they have used all five, they can choose to end their turn.  The next person then selects five words from the jar and picks up where the story left off.

For an added educational element, you can have players announce the type of word they are using from each slip.  For example, they might have chosen the word “elephant.”  Their story could then begin with the sentence, “The elephant began walking north.”  They would announce, “Elephant is a noun.”  Watch out for words that could have more than one function!

You can also create different jars for different genres–a fantasy jar, a mystery jar, a historical fiction jar, and so forth.  Then practice talking about the different conventions of each genre.  Would you expect to find a mermaid in space?  Why or why not?  Do mysteries always have to be solved?

The story game can last as long as you want! 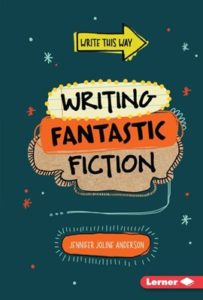 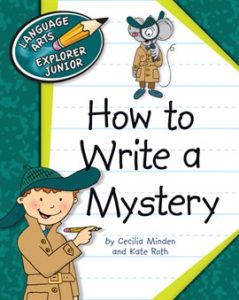 How to Write a Mystery by Cecelia Minden, Kate Roth 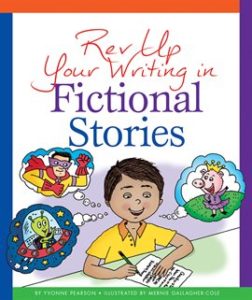 Rev Up Your Writing in Fictional Stories by Yvonne Pearson, Mernie Gallagher-Cole 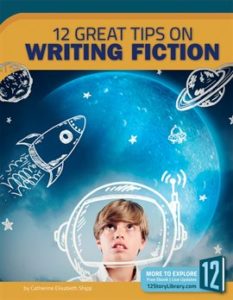