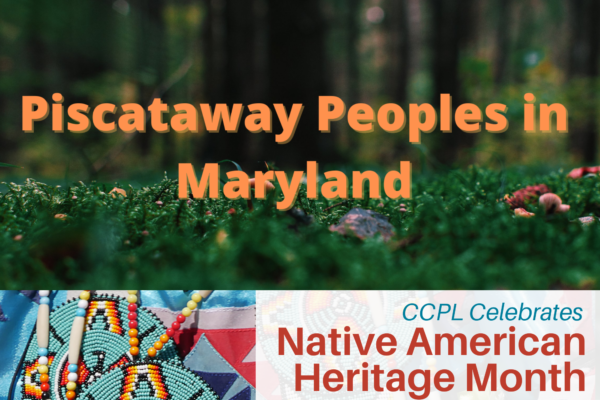 The area we call home today was first populated by Indigenous peoples from the Algonquin, Iroquois, and Siouan Nations. Among these groups, the Piscataways (also known as Conoy) were prevalent in the Chesapeake region at the time of European contact. Today, Piscataway Peoples still reside in Charles, Calvert, St. Mary’s, Prince George’s, Anne Arundel and Wicomico counties.  Two tribes of Piscataway heritage are officially recognized: the Piscataway-Conoy Tribe and the Piscataway Indian Nation.

To learn more about the Piscataway Peoples, check out some of these books and online resources available from CCPL:

Piscataway Indians of Southern Maryland (and other book titles too)!

Here is an article that you can access through Gale OneFile: US History entitled “Fort Found.”