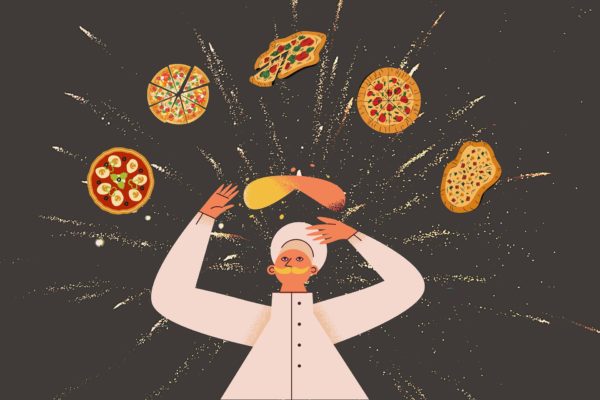 February 9th is National Pizza Day!!! Celebrate by reading a great book about pizza while you eat pizza! 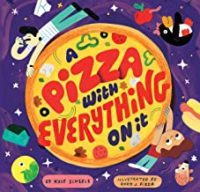 A Pizza with Everything on It by Kyle Scheele

When pizzeria owner’s son requests a pizza with everything, his father helps him add sauce, a house, penguins, and more, until they accidentally create a pizza black hole. 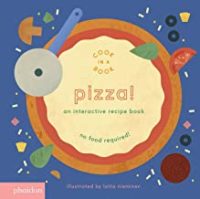 Follow a real recipe and stir the ingredients, knead the dough, spread the sauce, add the toppings, and serve it up hot… all inside this book! 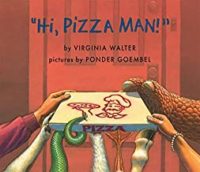 There’s nothing like a game to fill the hungry time before pizza arrives at the door. Vivian’s game is like nothing before–more creatures than merely a pizza man come to play her game. The front door fairly bursts with funny possibilities! 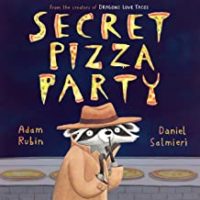 While Raccoon is eating pizza at his secret pizza party, he sees a masquerade party going on in the house next door to him and joins the fun. 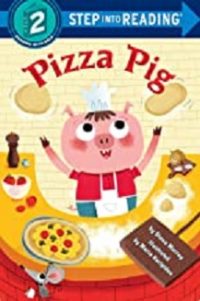 Pig enjoys making just the right pizza to delight each of his customers, so when Turtle will not eat he must figure out why. 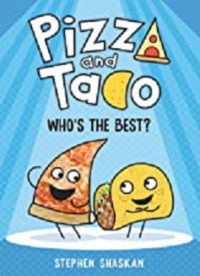 Pizza and Taco: Who’s the Best? by Stephen Shaskan

Best friends are the BEST! But WHO is the BEST? Is it Pizza or Taco? The question is debatable! They both love water slides. They both are friends with Hot Dog and Hamburger. In fact, maybe they should have a debate and get their friends to VOTE for who’s the best! Can their friendship survive the race for top spot on the popularity food chain? Cast your VOTE! 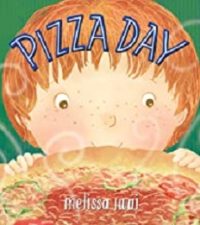 A father and son spend a hot summer day together gathering vegetables and herbs, making pizza dough and sauce, and playing while their pizza bakes in the oven. Includes a recipe for Garden Pizza. 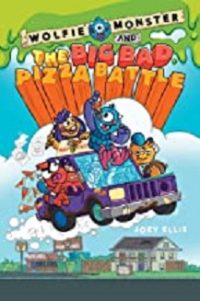 Three monster brothers get into trouble in a wacky adventure to save their failing pizza parlor! 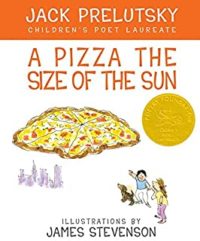 A Pizza the Size of the Sun: Poems by Jack Prelutsky

Discover and enjoy a dozen duhduhs, a puzzled python, and the coolest teenage hippopotamus you’ll ever meet. Meet Miss Misinformation, Swami Gourami, and Gladiola Gloppe (and her Soup Shoppe), and delight in a backwards poem, a poem that ever ends, and scores of others that will be changed, read, and loved by readers of every age. 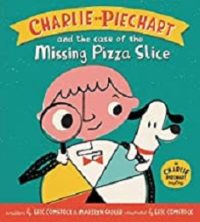 When a slice of pizza goes missing Charlie sets out to find who took the missing slice, questioning each suspect in turn. 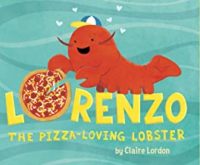 Lorenzo the lobster finds he loves pizza, after he discovers some on the beach, but he and his friend Kalena the sea turtle can’t make their own until he remembers what it’s made of. 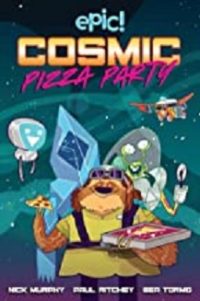 Cosmic Pizza Party is a hilarious, three-book graphic novel series about friendship, pizza, and outer space! When the biggest pizza tycoon in the universe tells them the secret location of a cheese that’s literally to die for, the crew jumps at the chance to take their pizza to the next level. But as they venture among the curds, they find more adventure than they bargained for. Space slugs, sandstorms, and culinary critics are just some of the dangers that the crew will have to overcome together if they want to throw the most amazing, most intergalactically awesome pizza party! 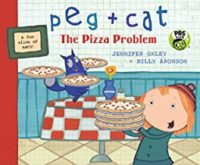 It’s lunchtime at Peg’s Pizza Place! Peg and Cat are excited to take their first order — from the Teens! — only to learn that some of their customers want a whole pizza while one of them wants half a pie. How can Peg and Cat make half a pie when they don’t know what half is? Luckily, Ramone and Mac are there to help, with a slice up the middle of the pizza. As more customers come in, things get entertaining, with Peg singing a jazzy song and Cat doing a dance. But soon there’s another problem: four orders, but only two and a half pizzas left. Peg is totally freaking out — until Cat reminds her that when it comes to halves and wholes, it’s all in how you slice it. 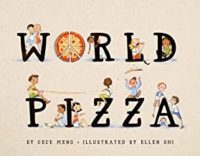 Mama wished for world peace–and then a pizza fell from the sky and landed gently on her lap. 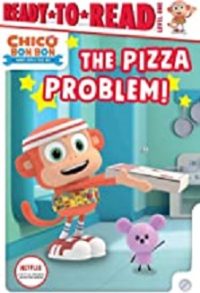 The Pizza Problem! by Patty Michaels

When bridge-eating beetles prevent Mr. McFluster from getting a pizza across the canyon to a hungry customer, the Fix-It Force comes up with a solution involving leaf blowers.

If you are feeling adventurous check out one of these cookbooks that will teach you how to make your own pizza! 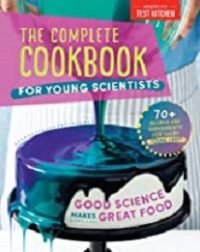 America’s Test Kitchen Kids brings delicious science to your kitchen! Over 75 kid-tested, kid-approved recipes and experiments teach young chefs about the fun and fascinating science of food. This is the fourth book in the New York Times bestselling cookbook series for Young Chefs. Why do some cheeses melt better than others? Why does popcorn “pop”? How does gelatin work? Answer these questions (and wow your friends and family!) by cooking the best-ever skillet pizza, easy chocolate popcorn, and galactic mirror cake… and more! Plus, fun science experiments to do in your home kitchen. With The Complete Cookbook for Young Scientists, emerging scientists and young chefs will feel confident in the kitchen, proud of their accomplishments, and learn the basics of food science along the way. 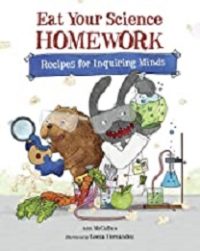 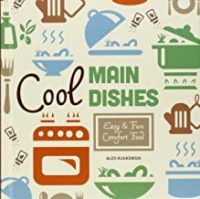 Serve a meal that your friends and family will love! Make a taco pizza, a chicken pie, or even a tasty fettuccine! 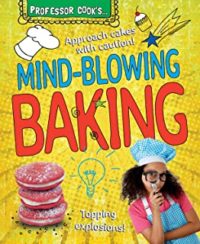 A dozen different dinner recipes and each recipe has a short science bit explaining the mysteries of food! 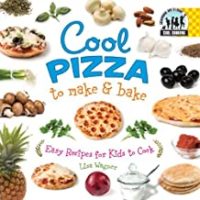 A collection of kid-tested recipes that will inspire young chefs to experiment with their own ideas includes basic cooking techniques, tools needed, and a visual review of ingredients so kids can quickly see what is needed to prepare each recipe.