Masks are required for all library visitors age 5 and up. For more information click here.
We are OPEN! Click here for our updated reopening and FAQs.
CCPL is now taking Passport applications! Click here for more details. 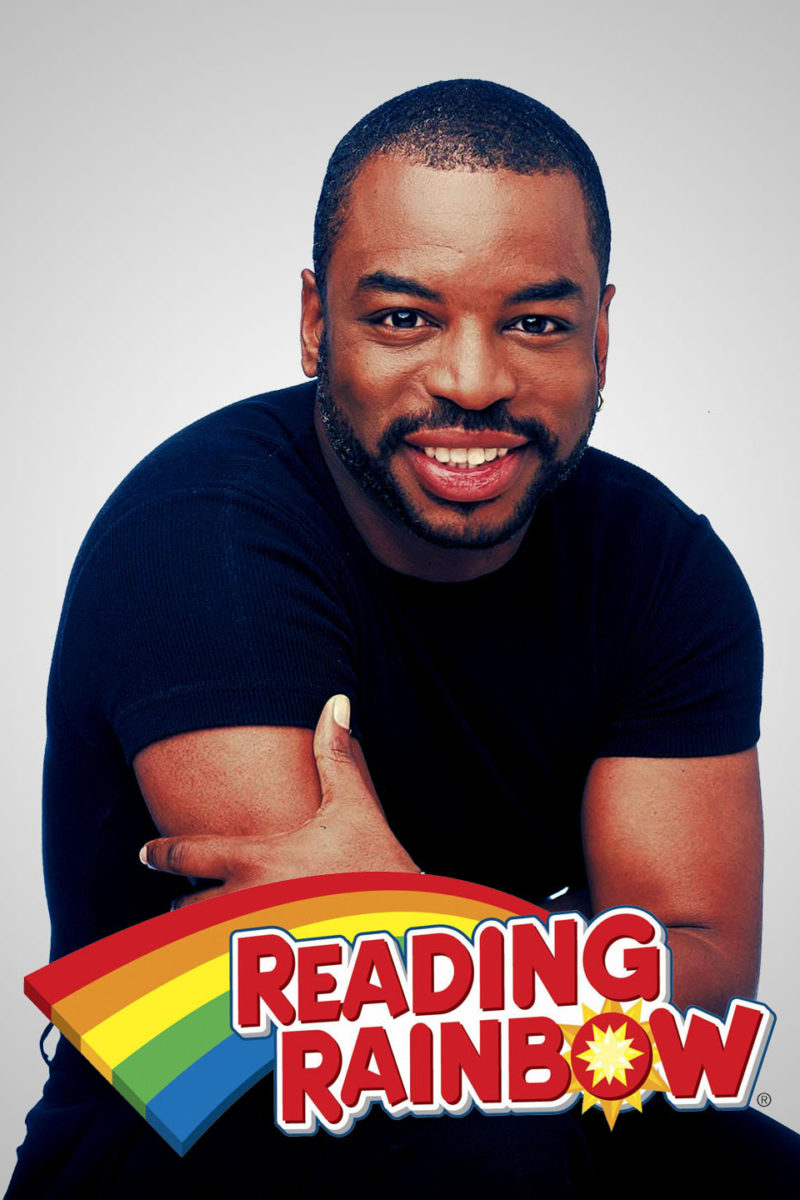 Reading Rainbow holds a special place in my heart. I grew up watching the beloved series. It was always a comfort to watch when I was home sick. Reading Rainbow was a PBS program that began airing in 1983 and ended in 2006! That is a long time for a show to run (but not quite the longest. The longest running children’s show is “Sesame Street”)! Reading Rainbow was produced by PBS to help children build lasting relationships with books at home and in the classroom. Each episode follows LeVar as he experiences something new, with one or two books being read intermittently, and LeVar emphasizing the lesson behind the selected books. In this post, we will be reviewing Reading Rainbow’s pilot!

In the pilot (another word for “the first episode”), we join LeVar Burton as he wanders through a pet show. We meet Tim the Turtle, Sweetpea the Seagull, rocks, cats, and even imaginary animals! It is quite the menagerie!

LeVar goes on to discuss that some kids can’t have pets for certain reasons, and no matter what that reason is, the “no” still hurts. This is an introduction to the book for the pilot, Tight Times by Barbara Shook Hazen. Tight Times takes place in New York City, and is about a boy who is living through “tight times,” as his father says. He learns why his family orders bulk items, why he can’t have a dog, and what “losing” a job really means. The book is a well-crafted balance between the innocence and fun of childhood, mixed with the realities of being older, especially when prices keep going up, like in the story. LeVar Burton summarizes the story by saying, “Sometimes it’s not easy being a grown up. Even when things don’t work out the way you wanted to, sometimes they turn out okay anyway.”

Next, LeVar meets a friend who is having a problem. She doesn’t have anything to do and doesn’t have much money. What do you do to fight boredom with no cash? LeVar lists options that don’t cost anything but imagination! For example, he lists; rag basketball, making a bleach bottle birdhouse, double dutch, and visiting the library!

Yes! The library is featured in the very first episode of Reading Rainbow! How cool is that? At the library you can check out books, CD’s, movies, and attend programs for free! Why don’t you check it out?

To watch the pilot and other episodes of Reading Rainbow, click here.

Pilot: a television program used to test audience reaction with the view to the production of a series.

PBS: the acronym for the Public Broadcasting Service, a nonprofit organization.

Production: making or creating something from components or raw materials.
Series: is a set of television or radio programs.

Menagerie: a place where animals are kept and trained especially for exhibition