How to Make Onigiri (Rice Balls)

In an episode of Pokemon, Brock holds up a plate of rice balls and loudly states, “These donuts are great! Jelly-filled are my favorite! Nothing beats a jelly-filled donut!”

Sorry Brock, but they’re called Onigiri (oh-knee-gear-ree). It is a popular Japanese snack to have while traveling far distances. Easy to make and keeps the hunger away. Follow these simple instructions to make your own onigiri! 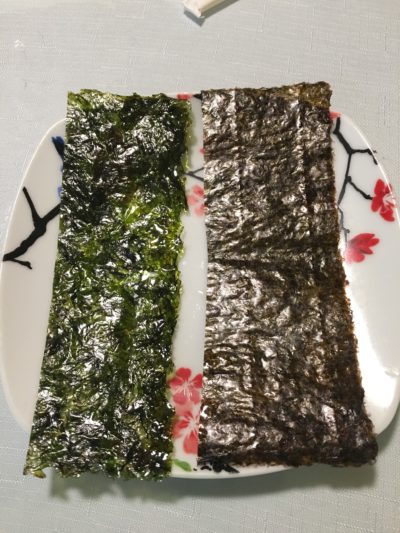 The difference between toasted/non-toasted seaweed/nori sheets: Seen in photo, the toasted seaweed is on the left, the non-toasted is on the right. Cooked seaweed has oil spread on it, lightly toasted, then has salt sprinkled on top. It is delicious but brittle. It can still be used for your onigiri but needs the steam of your fresh rice to properly bend without breaking. Non-toasted is easier to manage.

Step One: The size of your onigiri depends on how big you want it. If your cooked rice fits in the palm of your hand, it’s enough for a single serving. Cut your seaweed into strips using scissors. 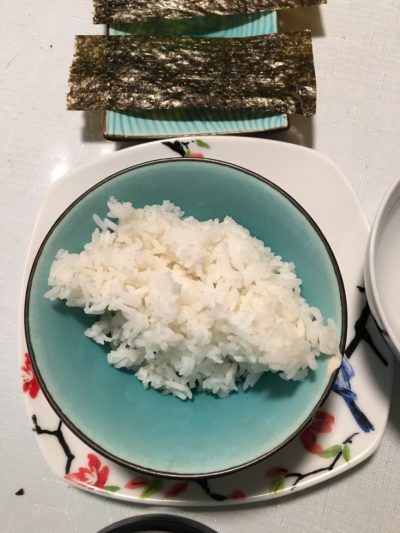 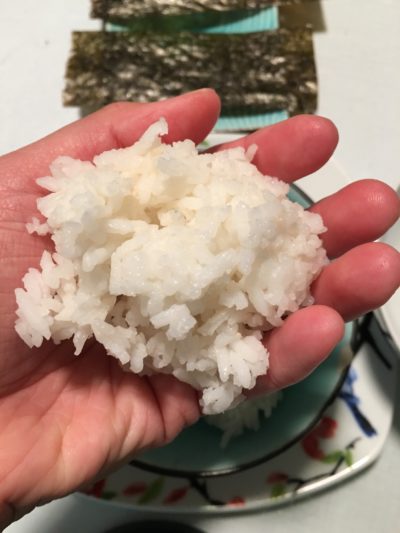 Step Two: Lightly wet your hands and shape your onigiri into a circle/triangle. You can also use plastic wrap and/or a mold to help you. (The mold is recommended if you’re planning to make several onigiris). 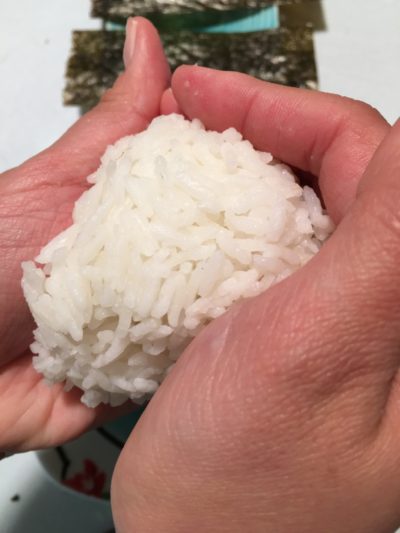 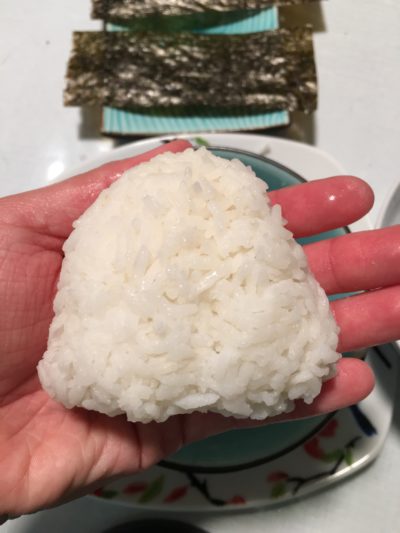 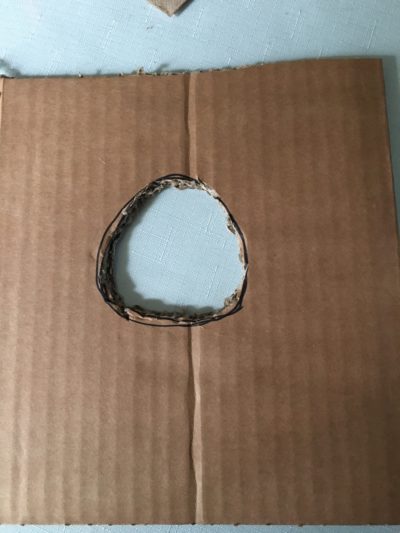 Optional: To fill your onigiri with your choice of flavors, make a hole in the center with your thumb and pack your filling in. Seal your hole with rice or your seaweed strip. For leftover rice, you can make mini-onigiri. 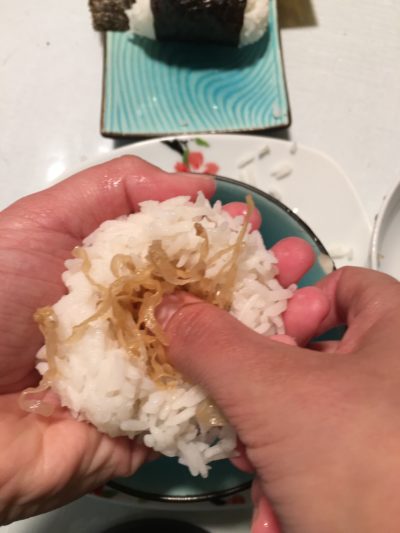 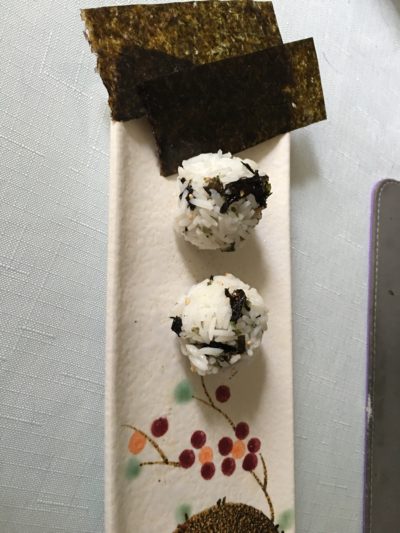 Voila! Add your strip of seaweed. You made onigiri! Needs to be eaten on the day of. 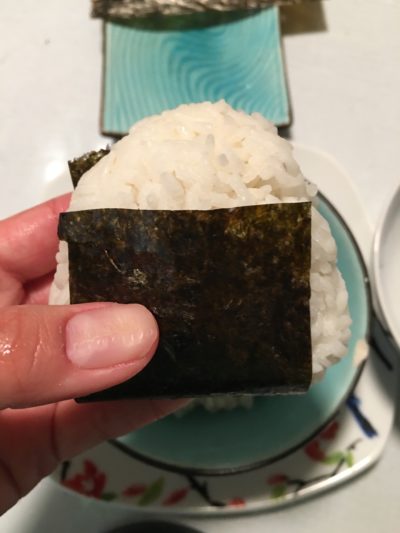 For further reading, be sure to check out these items!

Ever heard of micro sushi? Have you played karuta before? Neither did I, until I spent four months in Japan living with a Japanese family.” Dan, the narrator of My Awesome Japan Adventure, is a typical American fifth grader, who spends four months with a Japanese family as an exchange student. Although he initially finds it difficult to adjust, Dan is soon having fun wherever he goes–and recording all of his adventures in a diary. With the help of his Japanese foster brother and sister, Daisuke and Mari, Dan visits a Ninja village, tries new foods, learns brush painting, and shares the inside scoop on Japanese school life. Readers of all ages will love experiencing life in Japan from a kid’s point of view! 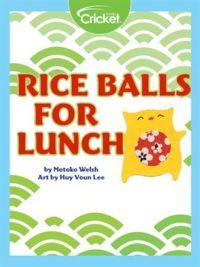 Rice balls have been enjoyed in Japan for hundreds of years. You can learn to make some too!

There’s not a lunch box, birthday party, or afternoon snack that isn’t made more delicious and fun with onigiri! These bite-size balls of rice can be made with favorite and nutritious ingredients, and are easily shaped and decorated to make animals, flowers, and more. This book features more than 30 recipes for flavorful onigiri with a range of fillings as well as master recipes for cooking rice, plus extras to round out the meal: a miso soup to float the rice balls in, perfect soft eggs to wrap in rice, and pickled ginger to serve on the side. More than 20 color photographs inspire new creations and teach kids and adults alike to make these creative treats.