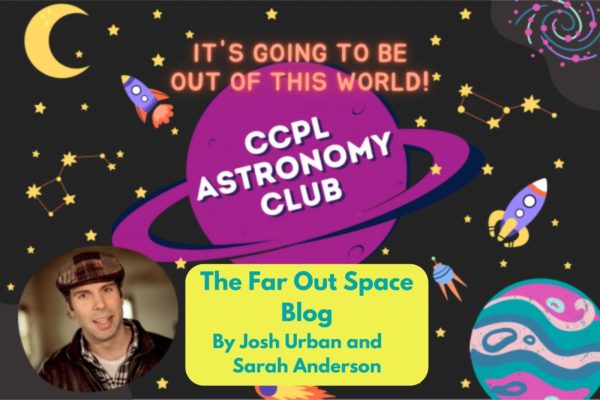 Ahoy, astronomers! Josh Urban here – host of the monthly CCPL Astronomy Club! Buckle up – we’re adding more power to our spacecraft with a blog to go with each session. Groovy! Read on for star charts (I drew you one, too!), some planets to look for, links, and of course, a good place for you to ask questions. Are you READY TO ROCK?

The September meeting kicked off Season 2 of the club with a bang! We talked about what’s happening in the fall skies, how to find the Andromeda galaxy, what the James Webb Space Telescope has been up to, and how NASA just crashed a really expensive spacecraft into a rock…on purpose. Woah!  And we all had a stellar time if you’ll pardon the pun!

October Skies:  Here’s a great sky chart to help you around. You’ll notice a few things… 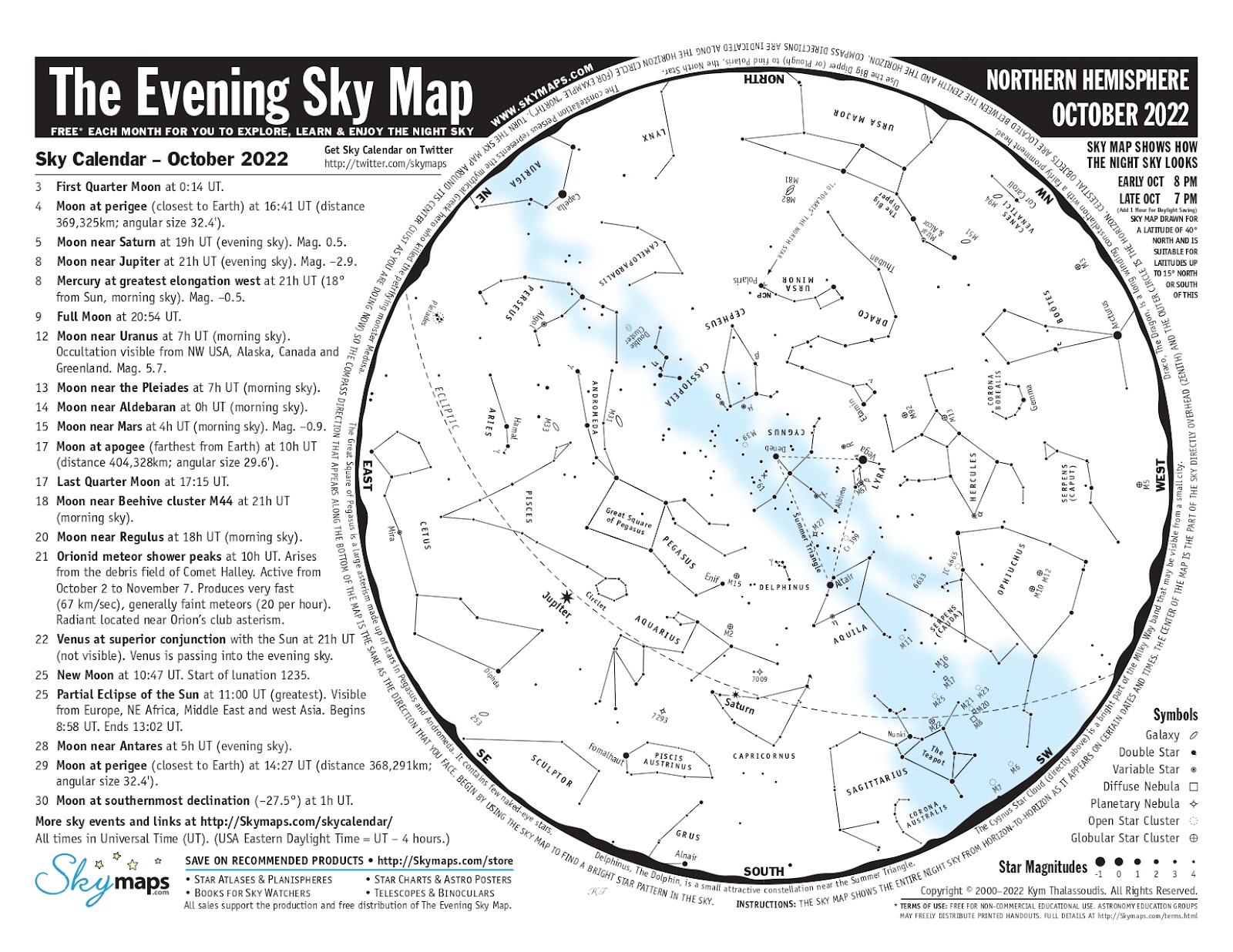 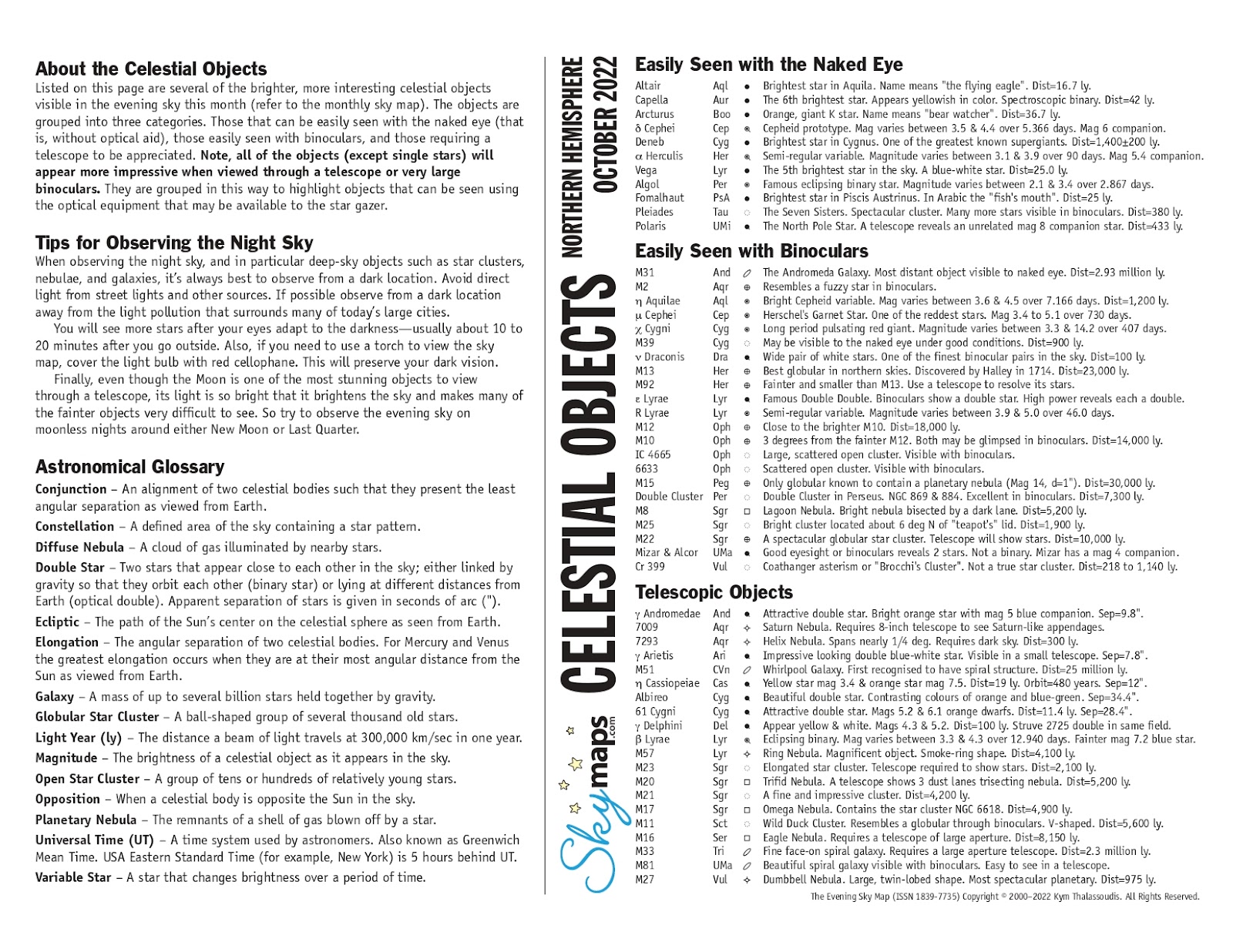 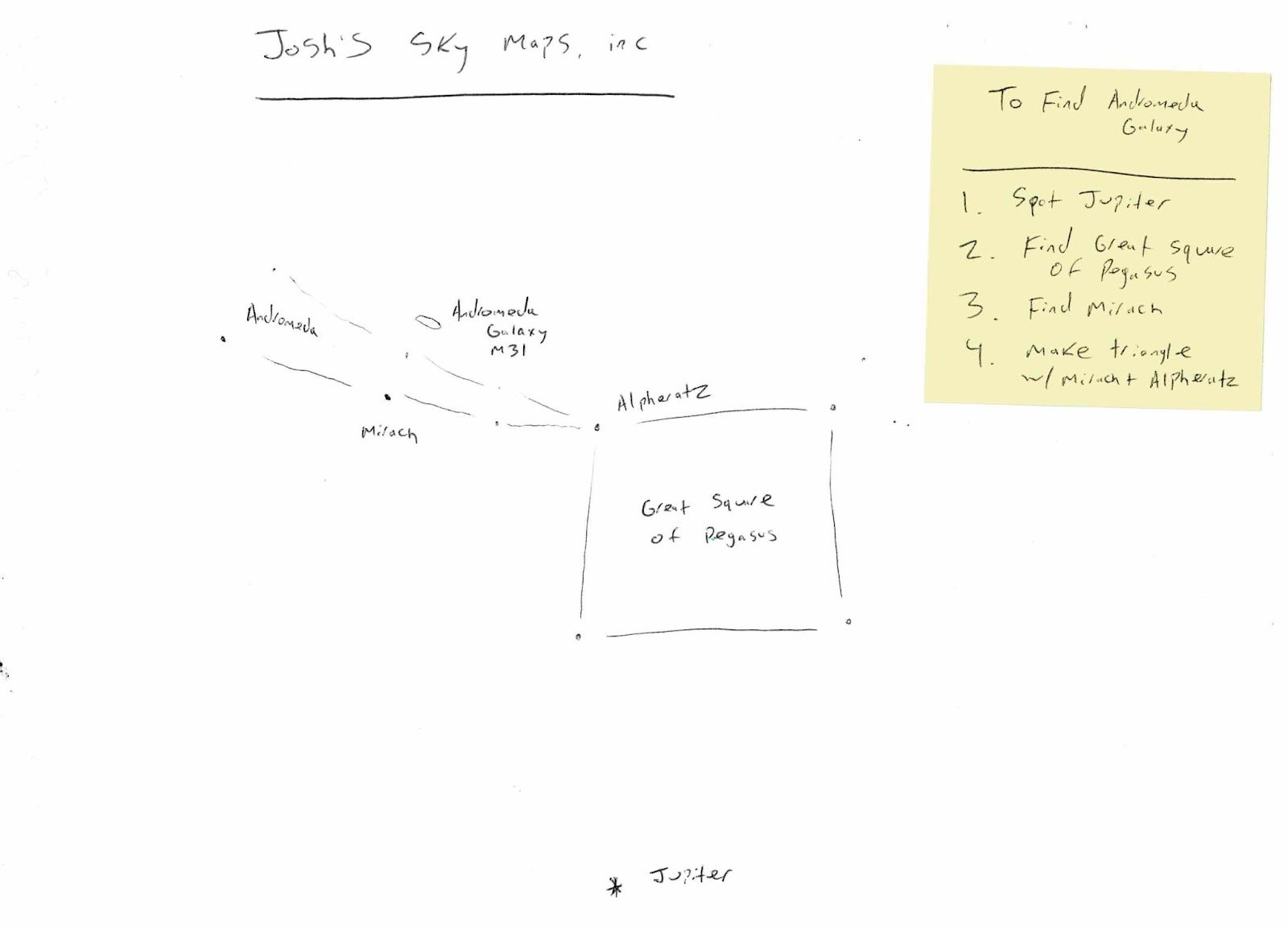 What’s Webb Been Up To?:

The James Webb Space Telescope (JWST) is hanging out nearly a million miles from Earth, observing the universe in new detail. It is cool, both literally and figuratively. The side of the telescope that’s facing deep space is about minus three hundred degrees. They need it to be that cold to observe in the infrared spectrum – light that’s much redder than we can see. With their special cameras, they can peer right through clouds of space dust, observing things we’ve never seen before, and looking back to the early universe. Plus, the images are wild looking. They’re posting new stuff all the time, so keep an eye on their website.

Watch Out For That Tree!:

You’d think my favorite movie would be Interstellar, but nope, it’s George of the Jungle! The main line is, “Watch out for that tree!” (George usually hits it anyway.)  NASA seems to have taken a page from the script and crashed their spacecraft into a rock – on purpose!

It’s actually for a good cause. They’re trying to figure out if, by smashing into an asteroid, they might be able to change its path. This would be great if one ever ends up on a collision course with Earth. Although the Chesapeake Bay was likely formed by the impact of one of these “space rocks” about 35 million years ago, it would be nice to avoid future bumps. Right, T-Rex?

But don’t worry, folks: this is just a wicked cool science experiment. There’s no asteroid currently aiming at us. They are figuring out what to do IF that happens, but this was just for research.  (And it looks pretty fun, too, right?)

On Monday, September 26th, they scored a direct hit on Dimorphos, a “moonlet” of the asteroid Didymos. Now they’re watching to see if they altered its orbit.

In other words, they aimed something about the size of a large golf cart at a space rock 7 million miles away, and crashed into it going 14,000 mph, and are now waiting to see if it wobbled.  BOOM!

Here’s the full story and video.

Here are a few things to look for:

And, as always, let me know if you have any questions! JoshUrban[at]Protonmail[dot]com

Clear skies, and rock on!

CCPL Astronomy Club is held on the last Thursday of every month, September through May.

Register today to join us next time on October 27th at 6pm.

In the meantime, check out some of these awesome astronomy books you can get from the library! 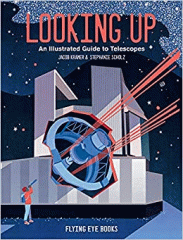 Looking Up: An Illustrated Guide to Telescopes by Jacob Kramer and Stephanie Scholz

Looking Up is a celebration of telescopes – their shapes, sizes, and the science they enable. Open your eyes to the wonder of the skies. All over the world, people have built fantastic structures for looking up into the sky. These telescopes are not just scientific instruments — they are monuments to curiosity and collaboration. In this book readers are introduced to the amazing spectrum of light, and the diverse shapes and methods used to study it. 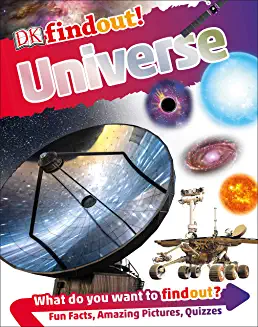 Children’s nonfiction book about the universe, our solar system, observations of the starry skies, and the mind-blowing wonders of outer space. Learn about icy planets and explosive stars, far-off galaxies that powerful telescopes looking deep into space have captured, observatories and astronomy, and whole new worlds discovered by space-exploring probes.

How did NASA engineers build and launch the most ambitious telescope of all time? Follow the dramatic story of the James Webb Space Telescope — the most complex machine ever launched into space. If it works, scientists believe that this new eye on the universe will peer deeper back in time and space than ever before to the birth of galaxies, and may even be able to “sniff” the atmospheres of exoplanets as we search for signs of life beyond Earth. But getting it to work is no easy task. The telescope is far bigger than its predecessor, the famous Hubble Space Telescope, and it needs to make its observations a million miles away from Earth — so there will be no chance to go out and fix it. That means there’s no room for error; the most ambitious telescope ever built needs to work perfectly. Meet the engineers making it happen and join them on their high stakes journey to uncover new secrets of the universe. 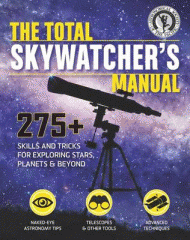 The Total Skywatcher’s Manual: 275+ Skills and Tricks for Exploring Stars, Planets, and Beyond by Linda Shore

“For stargazers, comet-spotters and planet-seekers looking to enhance your deep sky knowledge and observations – this is your quintessential guide. The Total Skywatcher’s Manual will help you choose the best telescope, identify constellations and objects in the night sky, search for extraterrestrial phenomena, plan star parties, capture beautiful space imagery and much more. 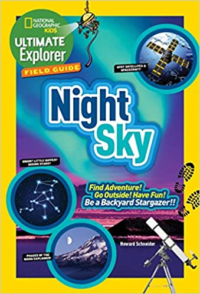 Provides a guide for beginning stargazers, including sky maps and constellation charts, identification tips, and space facts and jokes. 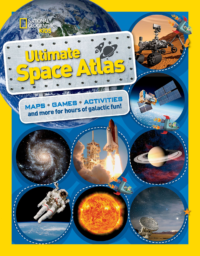 To read this and many other National Geographic Kids ebooks just click on the section of the catalog listing where it says “Web Site:  – Cengage” then enter your library card number and enjoy! 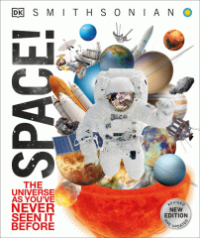 Space!: The Universe as You’ve Never Seen it Before

From the origin of the universe to the future of space rockets, this book about space for kids has it all. Did you know that the moon was once a piece of the Earth, and that a day on Venus is longer than one year? First published in 2015, Knowledge Encyclopedia: Space! has been completely revised and updated for 2020, with new images and information on all things space-related to send you rocketing to the furthest reaches of the cosmos. Newly updated with the latest scientific discoveries and innovation in space engineering, this new title will answer all your questions about what lies beyond the night sky. Discover how stars and galaxies are formed, take a trip through the Milky Way, and explore the innards of the International Space Station in this incredible book that uses the latest computer-generated 3-D imagery, eye-catching photographs, gripping information, and explanatory diagrams to bring the wonders of the cosmos to life. 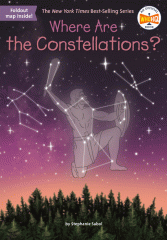 Where Are the Constellations? by Stephanie Sabol

Ancient people from many different cultures all looked up and imagined pictures in the sky by “drawing” a line from one star to another, like a connect-the-dots puzzle. These star pictures–constellations–repres​e​n​t​e​d myths and legends from the various cultures that still fascinate us today. Author Stephanie Sabol relates many of the most popular constellation stories and explains what stars actually are: how they formed, why they die, and how they’re grouped into constellation families. 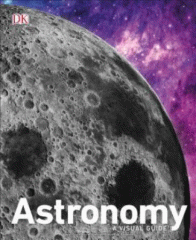 Provides a comprehensive guide to the universe, from craters on the Moon to Jupiter’s Great Red Spot, and includes maps of the night sky, profiles of constellations, and tips on using binoculars and telescopes.