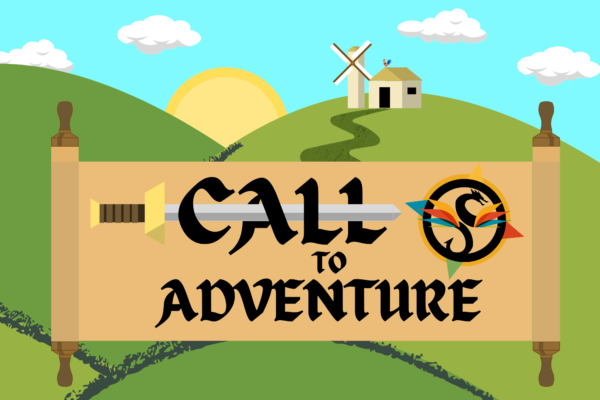 Chapter 1: Call to Adventure (and Losing Some Health Points Along the Way) 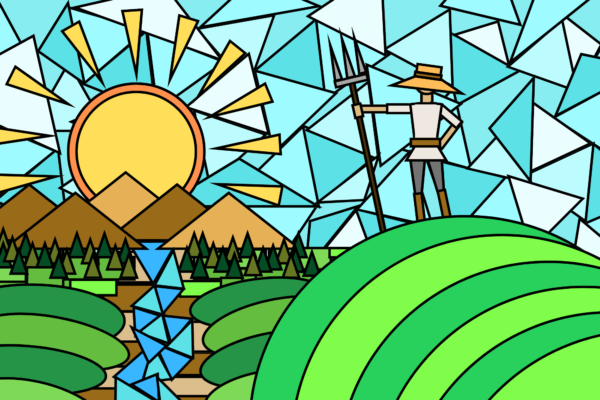 You wake up one morning, the sun shining through your window. Your story begins in a little cottage in the countryside. You live a simple life as a farmhand, taking care of the cows, helping with the wheat field, and gathering chicken eggs for breakfast. It’s a boring but honest living. The best you can do is hope that one day, you’ll inherit the farm from the person you’re working for.

You step into the kitchen and realize no one else is home. On the counter, you find a note:

I found out from a passing trader that there will be a gathering of farmers for the annual Summer Marketplace. Unfortunately, they will be having it earlier than usual. I’m heading off to Castor to trade one of the cows, two chickens, and a bag of wheat. Take care of the farm for me while I’m gone. I’ll be back by the end of the week.

– Farmer Chuck, Milker of Cows, Thresher of Wheat, Gatherer of Eggs, Last of His Name

P.S. I know you’ll be waking up late (as usual), so I’ll make you work for your breakfast. Get some fresh milk from the cow and fry up some eggs. I also left the fishing rod by the chicken coop so you can catch some fish for dinner. Get a move on!

With a heavy sigh, you lower the note, get your boots on, and get ready for the day. For some reason, the farmer put the chicken coop and the cow pen a good distance away from the house. After a long march, you make it to the pen, grab a nearby bucket, and get to work on your breakfast.

Then, you hear a roar.

Faint at first, but soon, the roar gets louder.

There is a loud crash nearby, and a roar louder than anything you’ve ever heard echoes through the field. You take cover under the cow and peek through its legs.

In the distance, you see a great beast. Huge, leathery wings. A long, scaly neck. Great horns and teeth the size of butcher knives. It can’t be. You’ve only heard rumors of this creature from stories that passing knights told at the local tavern.

It goes by many names. The Fiery Butcher of Arkos.The Flying Terror of Seris. Tim (not as long of a name, but equally as terrifying).

But the locals here only know it by one name: The Dragon. 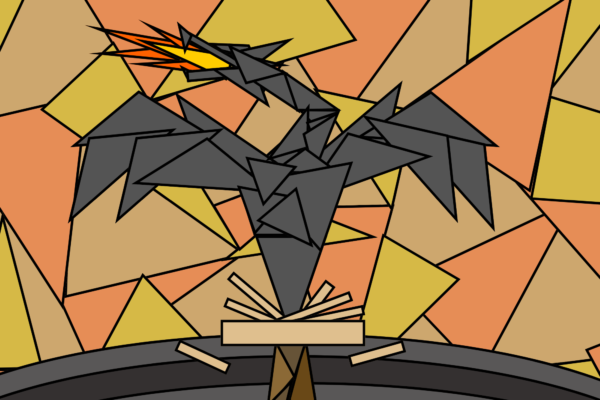 The Dragon had crushed the farmer’s house and destroyed most of the property. But when you thought it couldn’t get worse, it opened its maw and blasted a wall of fire into the wheat field. It burned hotter than a thousand suns, leaving the land charred and ruined. The chicken coop is caught in the blast and burns along with the field. With a final roar, The Dragon flaps its great wings and rises into the air. Using its sword-like claws, it grabs the cow on top of you and flies off into the distance. With a confused moo, Old Tess disappears into the distance. That is the last time you’ll ever see her.

You step onto the field in disbelief. Your livelihood and future are nothing but ash. You want to break down, but you know you must do something. You must warn the county of The Dragon.

You remember that the Adventurer’s Guild is in Castor, and they are renowned for slaying beasts of all sizes. If anyone can stop The Dragon, the Guild can. You find the willpower to pick yourself up and start looking around for anything you can use for the journey to Castor.

You head to the ruins of the house and dig through the ashes. You find a rusty, old woodsman’s axe. It’s barely usable and looks like it’ll break any second, but it’s better than nothing. You also find the farmer’s cloak blowing in the wind near one of the fence posts. It’s a little singed around the edge, but it should keep the rain off you. Nearby, you also find the fishing pole, which was actually just an old walking stick. You remove the fishing line and put it in your pocket, deciding to use the walking stick to navigate the roads and hills. Then, out of the corner of your eye, you spot something moving beneath the ashes of the coop. You grip the stick firmly, ready for whatever comes out. The creature shakes off the ash, and you see it clearly for the first time. A giant, terrifying red crown on its head. Razor-sharp talons that can rip a person to shreds. Then, it makes a loud cry. A sound so frightening, it almost puts The Dragon’s roar to shame.

It’s a rooster. But it’s not just any rooster. It’s the farmer’s rooster. 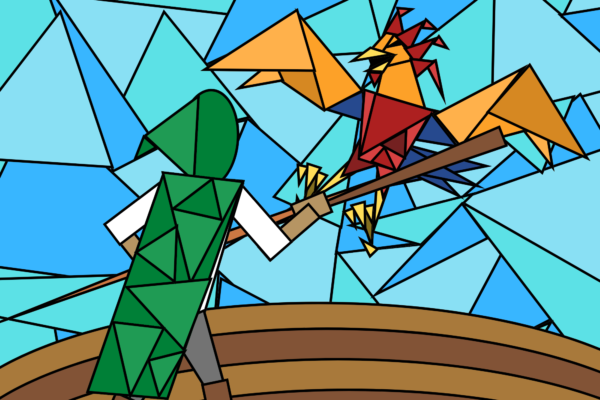 It charges at you in a frenzy, angry at the loss of its home and seeking vengeance upon every living thing in its path. You raise the stick defensively, but the rooster is too fast. It gets past your stick and slashes at you with its talons, cutting a huge gash on your arm. You grit your teeth, fighting through the pain, and ready yourself for another attack. The rooster charges again, but this time, you’re ready. You dodge the talons and manage to hit the rooster on the head, knocking it out. You are tired, but you feel like you’re stronger after that battle. The words “Boss Defeated,” “+1 Dexterity,” and “+1 Strength” pop up in your mind, but you ignore it, thinking it’s nothing more than the delirium and adrenaline talking.

You grab the twine from your pocket and wrap it around the rooster’s neck, using it as a leash to keep it under control. It might fetch a decent price at the market stall down the road. You wince in pain and notice that the cut on your arm is not looking good. You tear off a bit of the cloak and wrap it around the wound. However, knowing the cut will taint your blood, you decide to also stop by the apothecary near the market stall to pick up a health potion.

The rooster wakes up confused and you tug it along with the leash. Grabbing your supplies, you embark on your first adventure to visit the apothecary and its unusually eccentric owner, The Wizard….

The History of Potions: 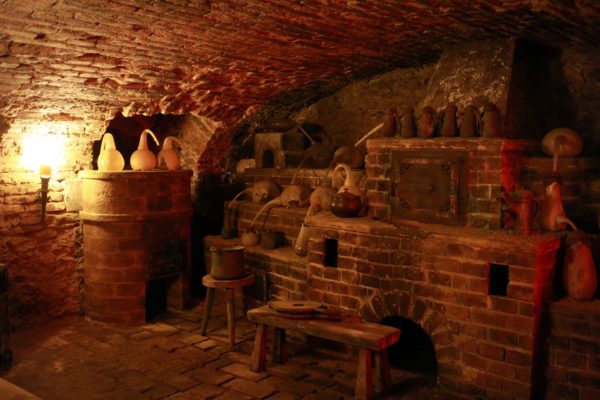 When you think of potions, you often imagine glass vials full of red, blue, or green liquid (for health, mana, and stamina, respectively). In many fantasy books, these potions are made by herbalists or alchemists, with the liquids granting the user varying degrees of healing or strength. But did they exist in real life?

The answer to that is: yes and no. While potions that cure any illness and wound instantly don’t exist, there are historical records of research into them. Alchemists, who studied natural philosophy and were considered “proto-scientists” due to the methods they utilized, actively searched for a potion called “The Elixir of Life,” which is said to grant eternal life. In ancient India, Mesopotamia, and China, alchemists used various metals and ingredients to attempt to recreate it (using their culture’s legends as a guide). This was also heavily researched in the Middle Ages, where individuals searched for ways of creating the Philosopher’s Stone, a material that can be used in the creation of the Elixir of Life. Mercury and arsenic, some of the primary alchemical ingredients, were often used to make these potions. Unfortunately, those materials were incredibly toxic and usually led to death by poisoning.

Throughout history, different cultures also used plants for treatments (known as herbalism and botany), using extracts, dried materials, and fresh ingredients to create medicines ranging from elixirs and potions to liniments and tinctures. This would lead to the development of crude drugs that were unrefined and offered some health benefits to the people that used them. One example of this is the use of the opium poppy plant in ancient Middle Eastern societies as a painkiller and as an early form of anesthesia, which was described in the Persian physician Ibn Sina’s book, The Canon of Medicine, in the 11th century. 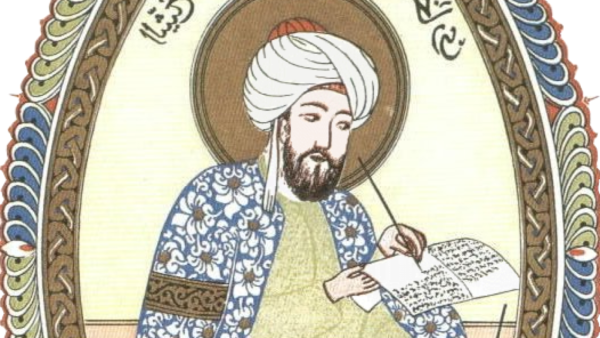 Over time, new developments in chemistry and pharmacology in the mid-19th century would lead to changes in how the active compounds in natural ingredients were extracted, refined, processed, and tested to make more effective medicines that we use today.

Have you wanted to become the hero of your own story? Then join the Adventurer’s Guild! We will provide you with the tools you need to survive in any situation! This month, we went over the use of potions and how adventurers like yourself can use it to heal any cuts, bruises, or boo-boo’s that you will encounter on your travels*. Pick up your “Adventurer’s Potion” Take-and-Make at the La Plata Branch Library from one of our resident alchemists using this secret phrase at the Circulation Desk:

“Primum non nocere” or “First, do no harm” (whichever is easier for you to say)

Supplies are limited, so pick your kit up today!

*Disclaimer: We at the Adventurer’s Guild cannot guarantee the effectiveness of any potions you make. Drink potions at your own risk, and always refer to proper FDA guidelines and your parents before drinking anything out of your Standard-Issue Adventurer’s Guild Potion Flask.