Enjoy watching movies with your kids? Come experience new art styles and visual techniques, with these animated movies from around the world! Check out these movies that can be found on kanopy! 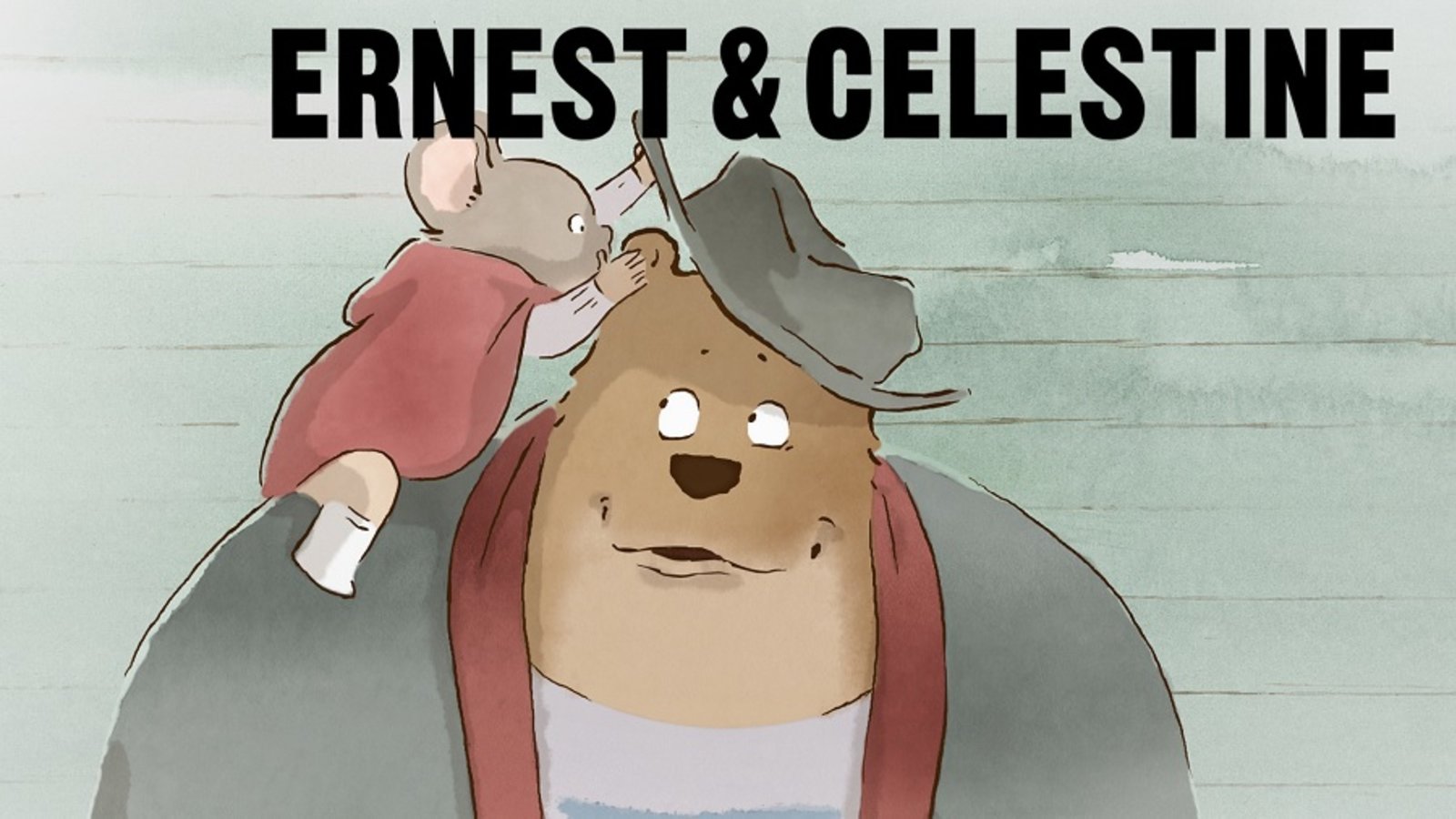 (From Kanopy) Deep below snowy, cobblestone streets, tucked away in networks of winding subterranean tunnels, lives a civilization of hardworking mice, terrified of the bears who live above ground. Unlike her fellow mice, Celestine is an artist and a dreamer – and when she nearly ends up as breakfast for ursine troubadour Ernest, the two form an unlikely bond. But it isn’t long before their friendship is put on trial by their respective bear-fearing and mice-eating communities.

Nominated for Best Animated Feature Film of the Year at the Academy Awards, Winner of the SACD Prize (Directors’ Fortnight) – Special Mention at the Cannes Film Festival. Winner of Best Animated Film at the Cesar Awards.

“ERNEST & CELESTINE is a magnificent, creative, and visionary piece of work that is heartwarming, magical, and just a fantastic cinematic journey that will be forever timeless.” – Chris Sawin, Examiner.com 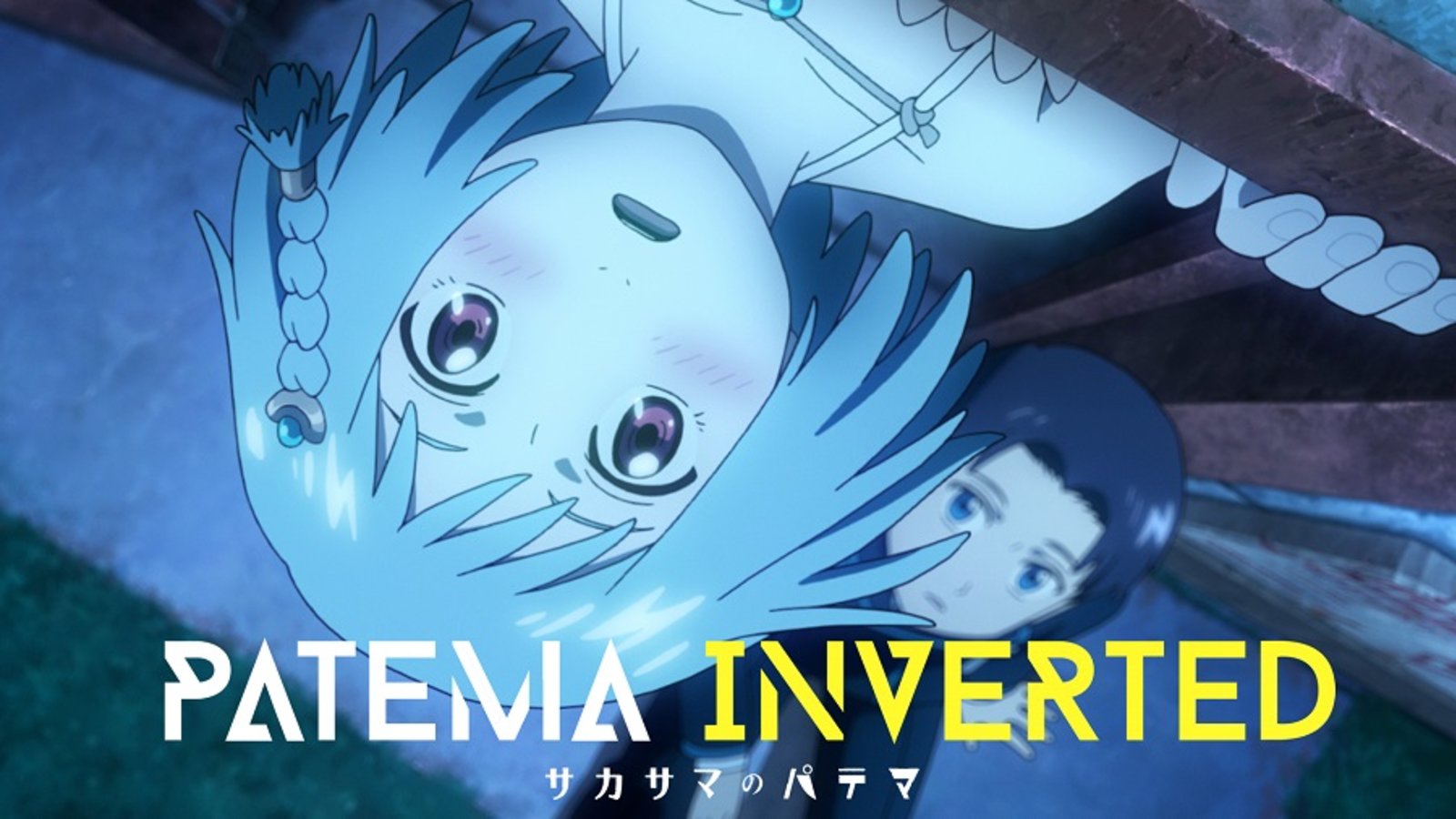 Patema lives in an underground world of tunnels, the long-abandoned ruins of a giant industrial complex. Though she is a princess, she is held back by the rules imposed by the elders of her clan. One day when she is exploring in a forbidden zone, she is startled by a strange bat-like creature and tumbles headlong into a void – and out into the wide open world above the surface, a place with reversed physics, where if she let go she would “fall up” into the sky and be lost forever.

Age is a student on this surface world, a totalitarian society whose compliant population has been brainwashed against the “sinners who fell into the sky.” When he spies Patema hanging upside-down from a tree, he pulls her down to safety, struggling with all his might to keep her earthbound as she grips on to him for dear life. Together their weights cancel each other out, and once they master the art of navigating competing gravitational forces, they set out to evade the leaders of Age’s world and discover the secret that keeps their worlds apart.

“Yasuhiro Yoshiura has fashioned an ingenious animated fable, rooted in scientific phenomena which will stir the imaginations of adults and kids alike, challenging as it might be at times for the latter demographic.” – David Noh, Film Journal International 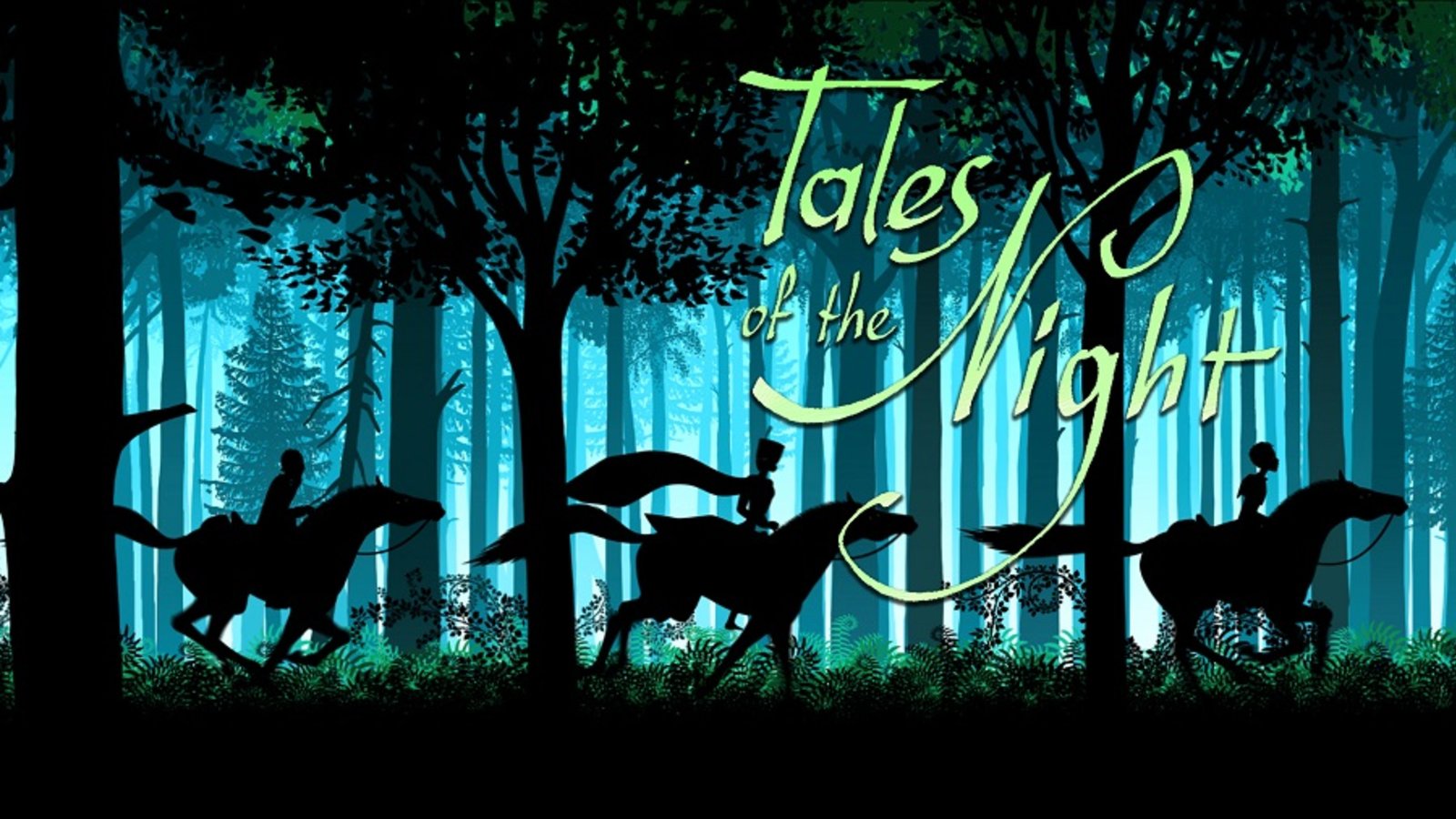 (From Kanopy) From renowned animator and storyteller Michel Ocelot comes a dazzling and magical new film that is certain to delight children, families and animation fans of all ages.

Silhouetted characters set off against exquisitely detailed backgrounds bursting with color and kaleidoscopic patterns, as the film weaves together six exotic fables each unfolding in a unique locale, from Tibet, to medieval Europe, an Aztec kingdom, the African plains, and even the Land of the Dead.

In Ocelot’s storytelling, history blends with fairytale as viewers are whisked off to enchanted lands full of dragons, werewolves, captive princesses, sorcerers, and enormous talking bees – and each fable ends with its own ironic twist.

“The film is a marvel, and everybody with any affection for animation is duty-bound to see it.” – Tim Brayton, Alternate Ending

“Michel Ocelot’s ravishing animation and magical storytelling are a delight from start to finish.” – Empire 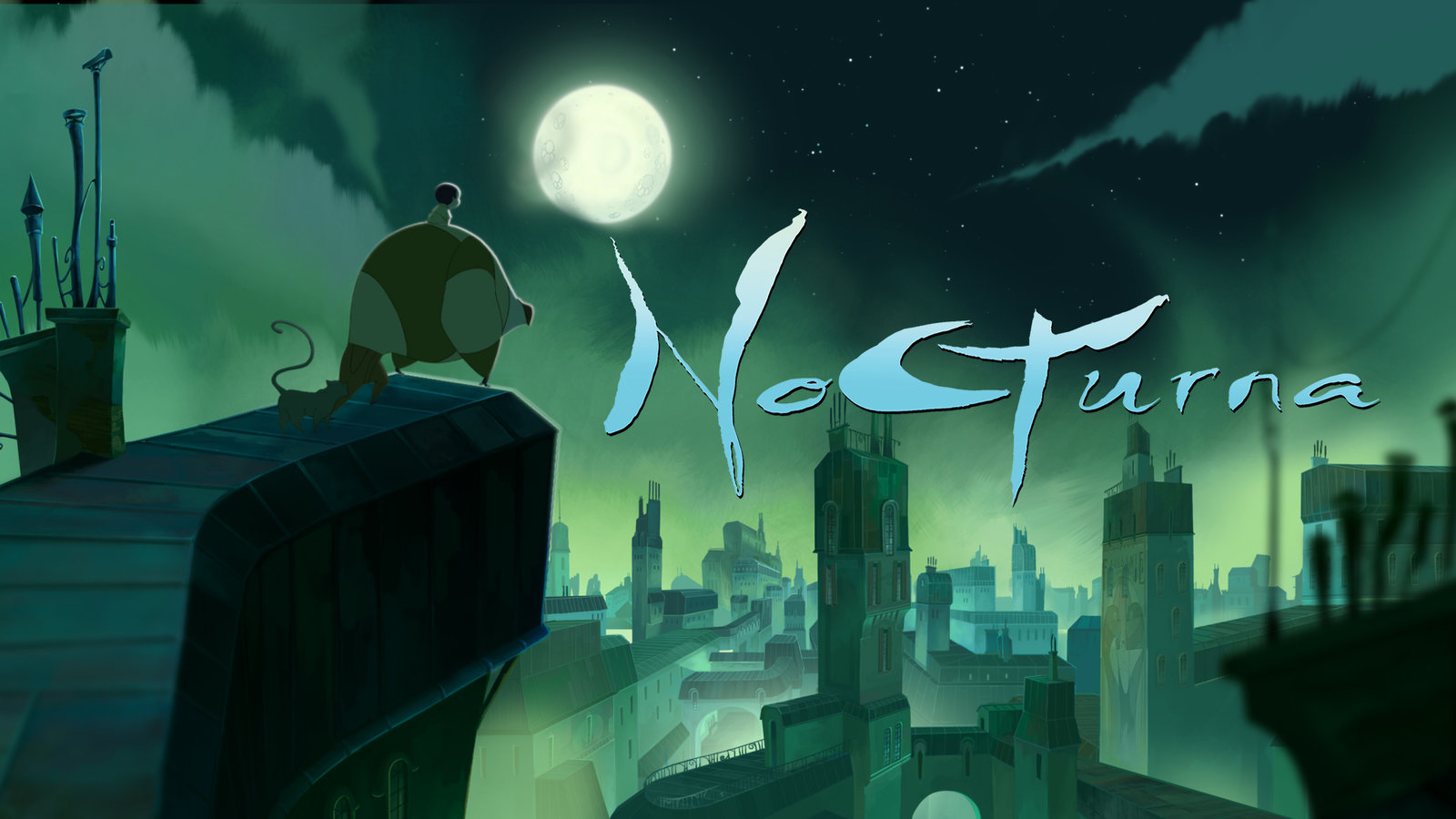 (From Kanopy) Visually stunning and wildly inventive, this film explores the mystery of the night in a sweeping nocturnal adventure full of Alice in Wonderland-like characters and moody, dream-inspired landscapes. A young boy named Tim is plunged into the secret world of NOCTURNA, inhabited by curious creatures who control the night. 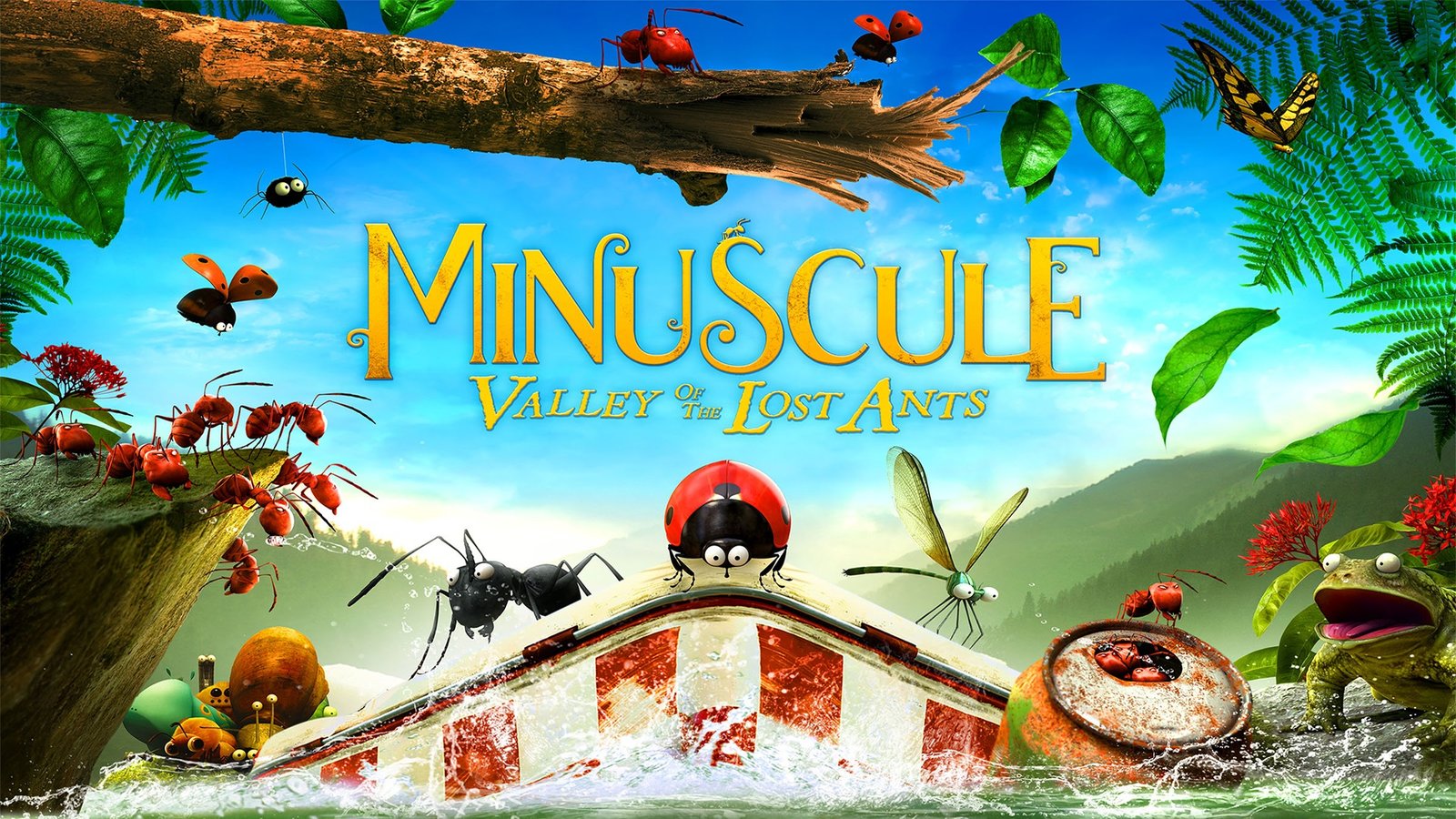 Miniscule: Valley of the Lost Ants, 2013

(From Kanopy) A stranded young ladybug forms an alliance with a squad of black ants in order to retrieve a rather unusual treasure to the ant hive.

Winner of Best Animated Film at the Cesar Awards.

“This is suitable for very young children but will charm all ages.” Wendy Ide, Observer (UK) 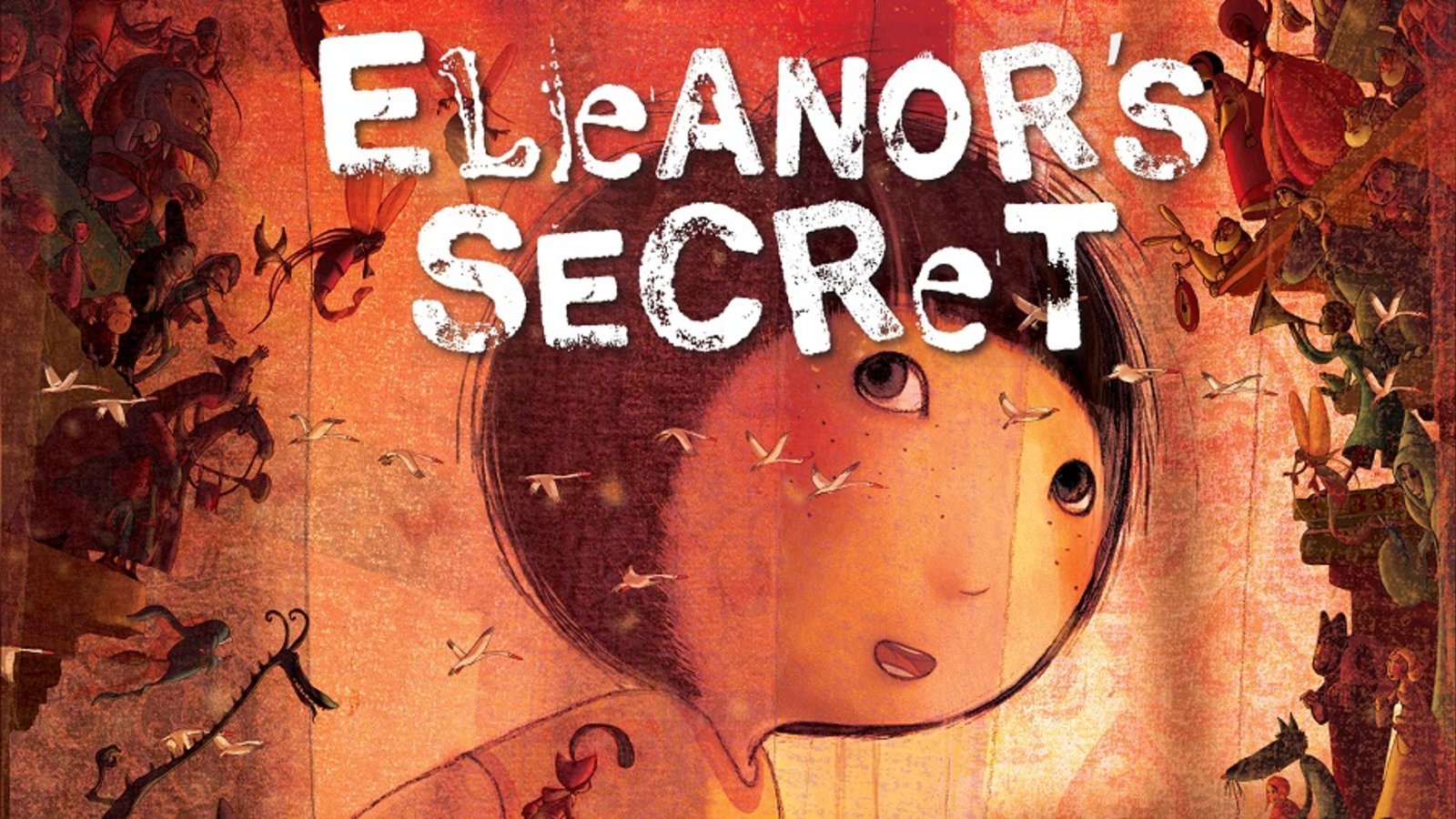 Nat has fond memories of his eccentric Aunt Eleanor reading to him from her enormous collection of storybooks but is frustrated by his inability to read the books himself. So he is less than thrilled when he learns that his aunt has left him the keys to her attic library as a gift. However, just as Nat’s parents are selling the collection to a shady antiques dealer, Nat discovers that the library is magical – the books are all original editions of classic fairy tales, and the famous characters come to life! Now with the help of Alice in Wonderland, Pinocchio, Puss in Boots, Peter Pan and others, he must find a way to get back the books and learn to read an ancient spell to keep the characters alive for future generations of children.

“While the script is geared to the lollipop crowd, nicely animated sequences, particularly an impressive nightmare segment in black-and-white, will appeal to all ages; even better, parents will appreciate the pro-literacy message at the pic’s heart.” – Jay Weissberg, Variety

“Visually sumptuous throughout, this film is a delight for the eyes. Clever imagery puts across Nat’s feelings about the oppressive nature of letters and words very effectively…The engaging story, which never patronises Nat and shows that his dislike of reading doesn’t limit his imaginative powers, may well work effectively in encouraging reluctant readers. It certainly brings alive the magic of what books contain.” Jennie Kermode, Eye for Film 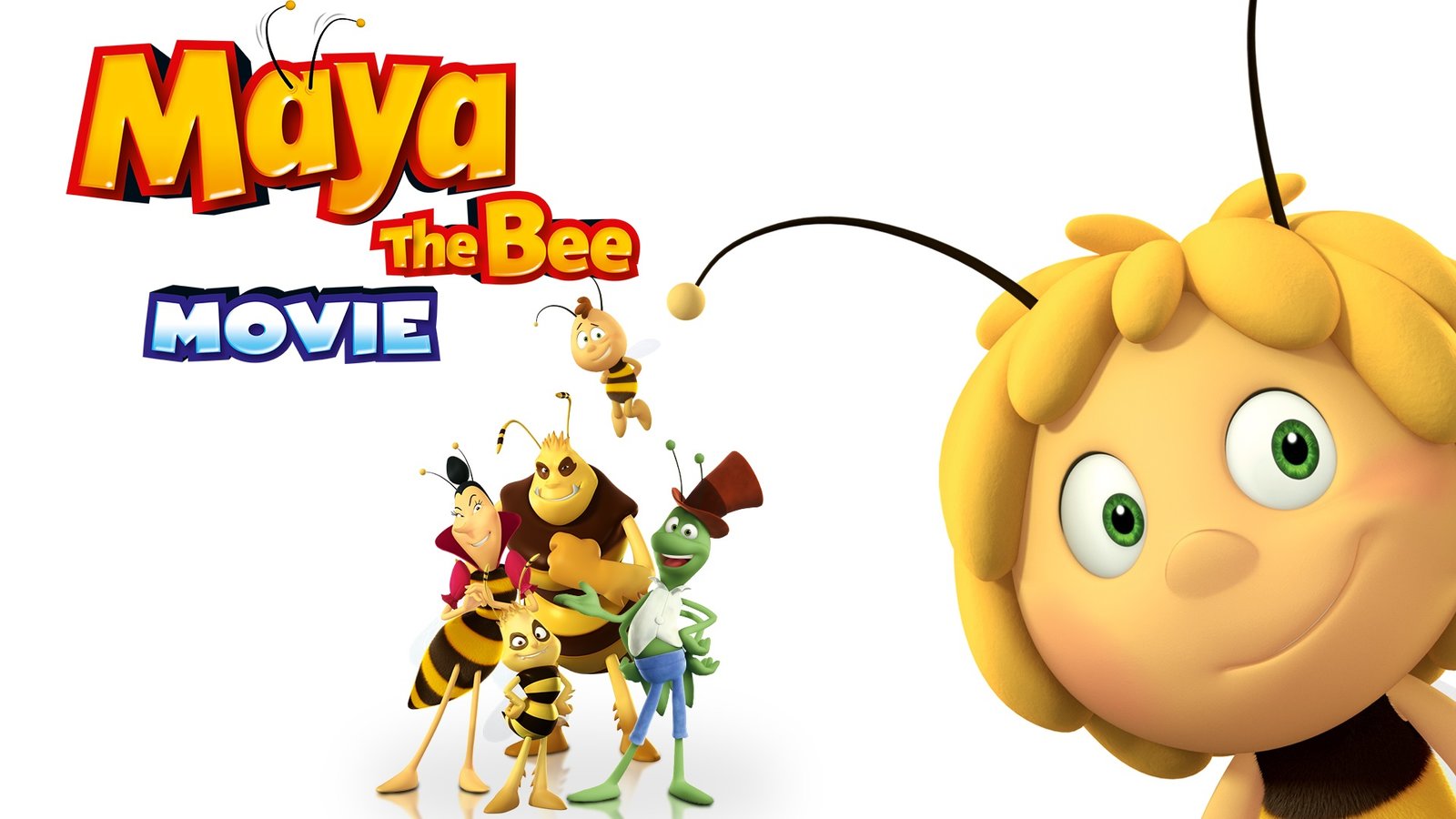 (From Kanopy) Freshly hatched bee Maya is a little whirlwind and simply won’t follow the rules of the hive. One of these rules, of course, is not to trust other bugs, especially the hornets that live beyond the meadow. But sweet Maya can’t help but make friends with all kinds of other bugs, including a violin-playing grasshopper, a dung beetle and even a young hornet named Sting.

When the Royal Jelly is stolen, the hornets are the prime suspects and Maya is thought to be their accomplice. Now, it’s up to Maya and all of her new friends to prove her innocence and find the missing Royal Jelly! 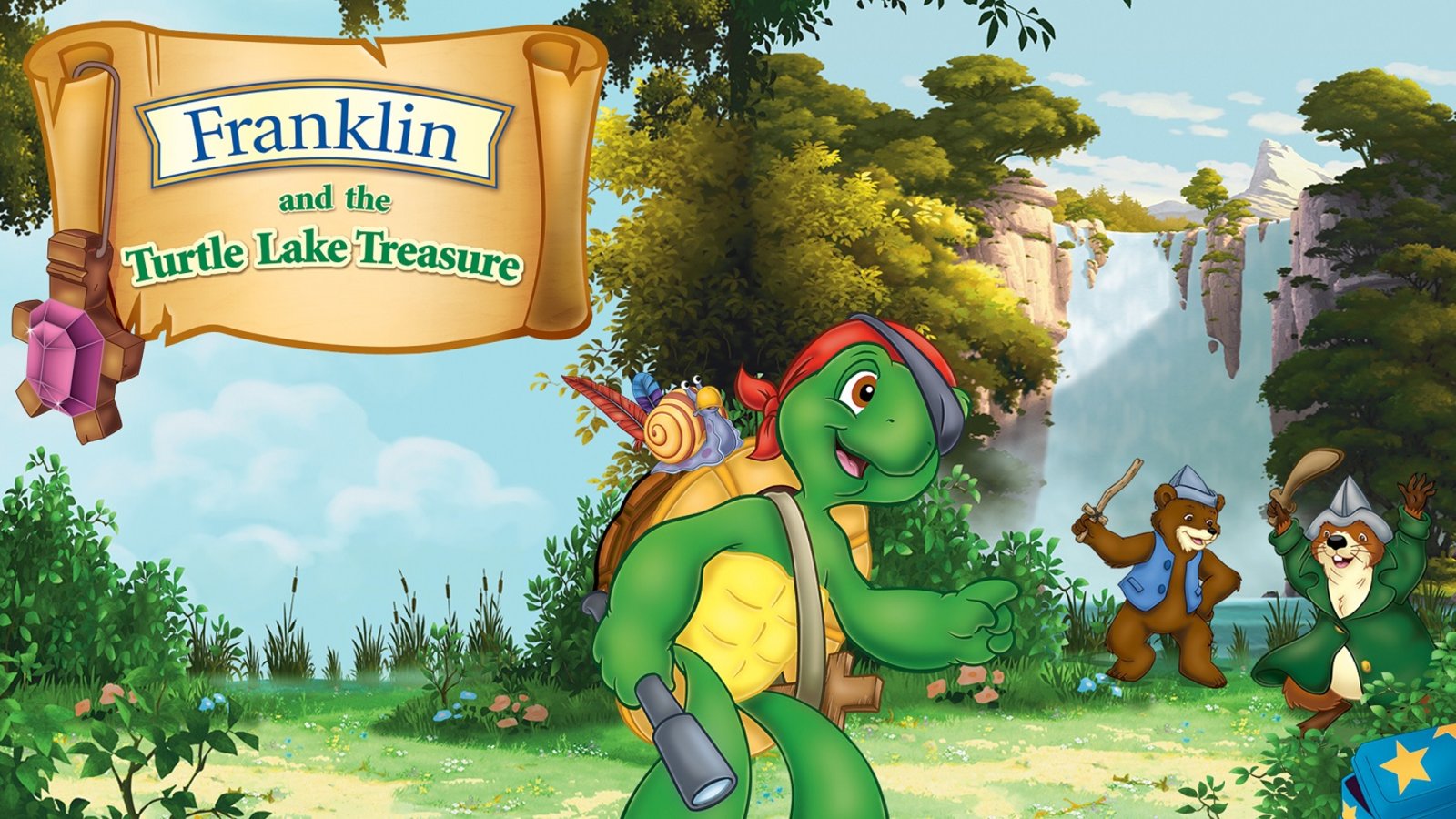 Franklin and the Turtle Lake Treasure, 2006

(From Kanopy) A summer playing pirates takes a surprise turn for Franklin with the appearance of his Aunt Lucy and her goddaughter, Sam. 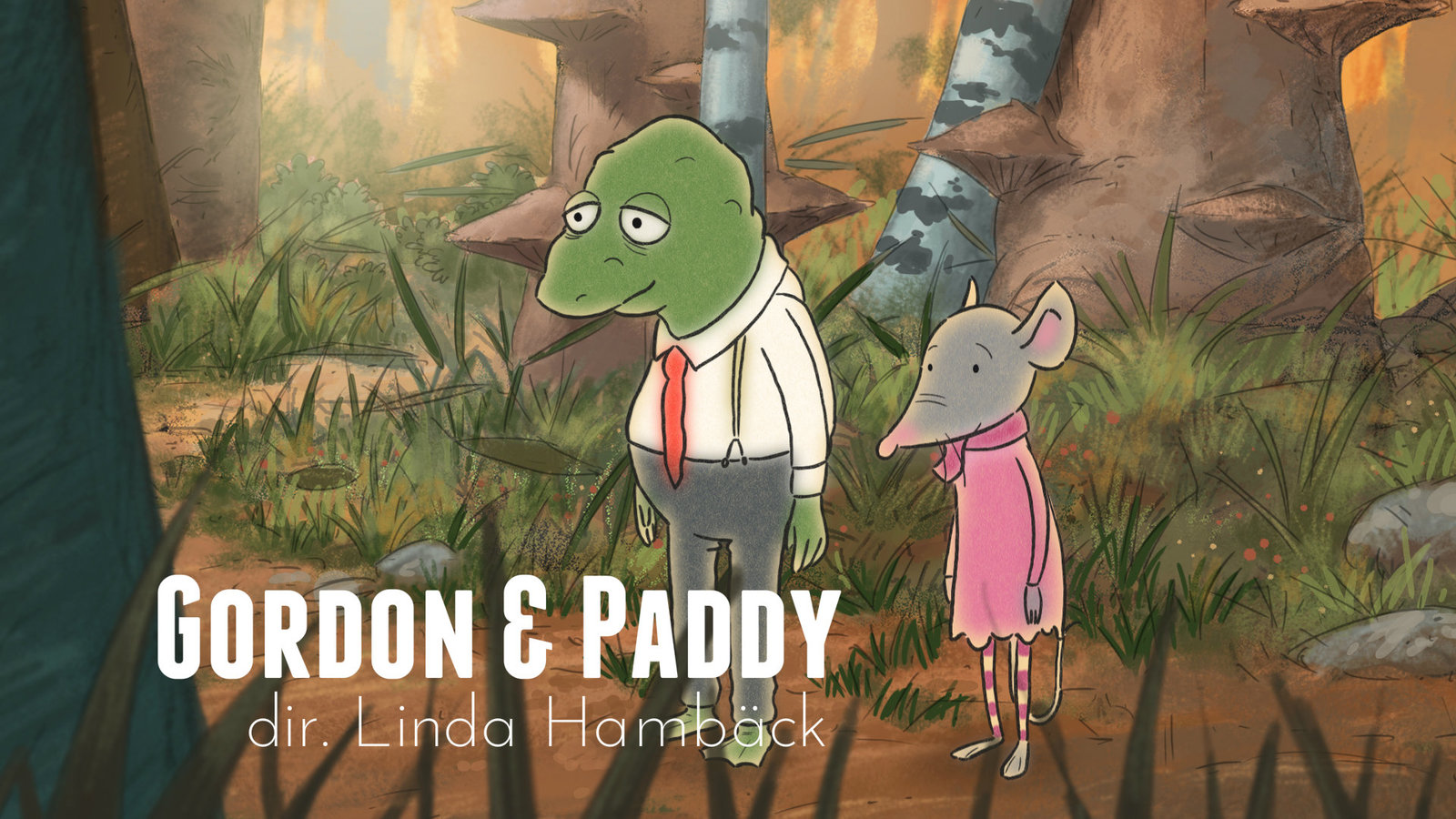 (From Kanopy) As benevolent, work-weary Detective Gordon bites into an afternoon biscuit, the frog’s mind is filled with visions of retirement. For many years he’s kept the peace in his forest community, while protecting its citizens from the dreaded fox. In his eyes, the clever and ambitious mouse Paddy would make an excellent successor. But as soon as he has sworn her in she finds herself facing her first challenge: two young children have gone missing and the other animals are in a panic. Will Paddy be a match for the fox?

Based on the book series by Ulf Nilsson and Gitte Spee, with a sly nod to the Scandinavian detective fiction genre and featuring the voice of Stellan Skarsgard, this film explores what it means to grow into roles, challenge prejudices and uncover truths. 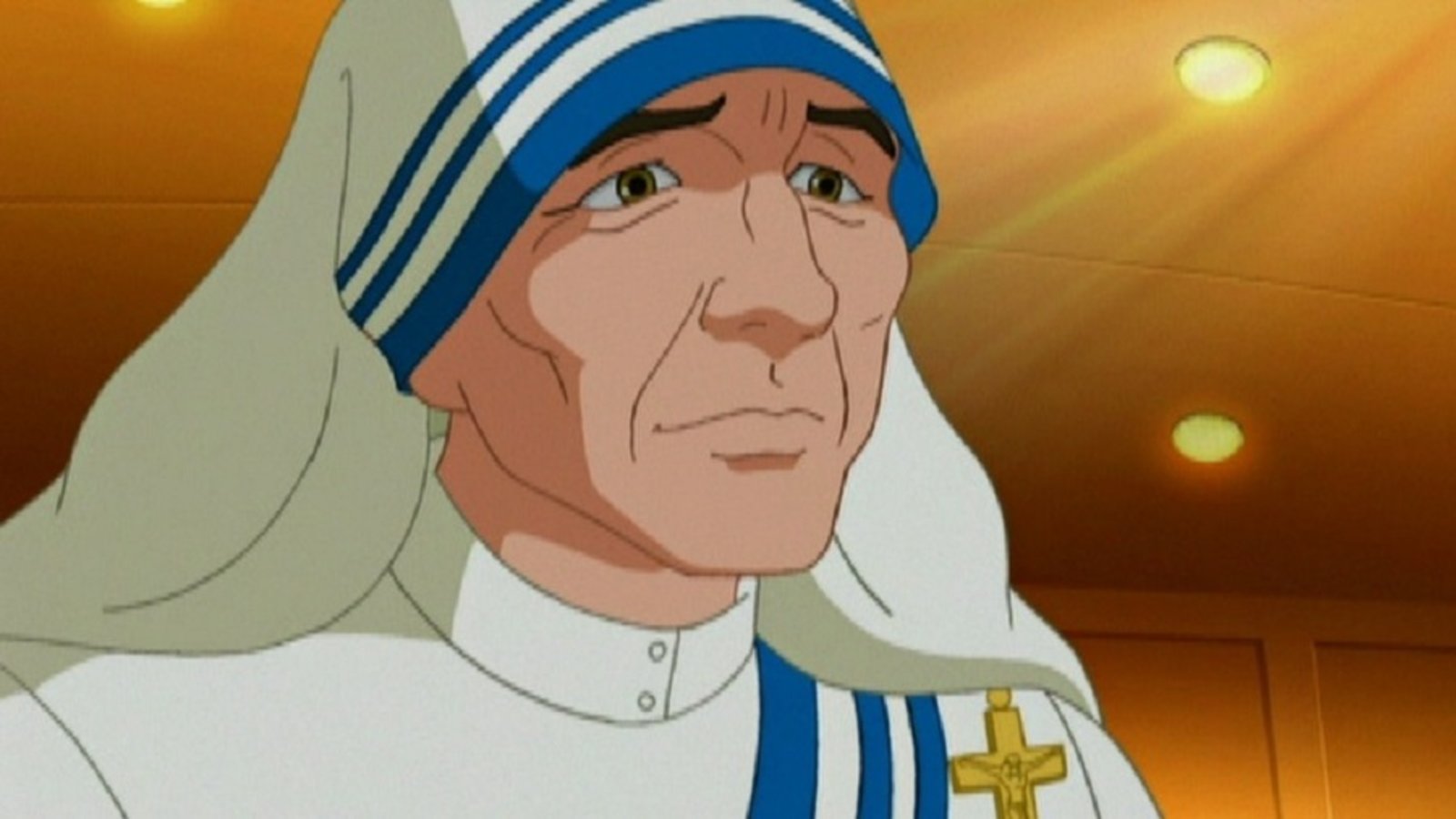 (From Kanopy) This film illuminates the life of Mother Teresa, a heroine of our time. Watch the story of a selfless missionary who brought hope, love, and salvation in this entertaining animated feature.