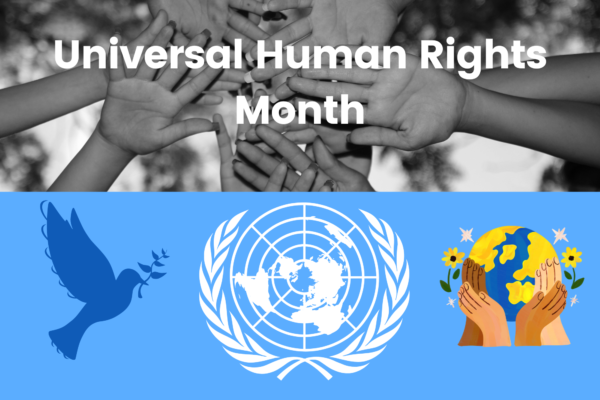 Happy December, everyone! Along with many of the other celebrations that occur this month, December is known as Universal Human Rights Month. This is in celebration of the UN’s passing of the Universal Declaration of Human Rights in December 1948. According to the UN website, this document was a result of the Second World War (a.k.a WWII), with the international community vowing at the end of the war never to allow the atrocities that happened during that conflict to occur again. It is meant to help define what human rights would be protected universally. The document consists of 30 articles detailing these fundamental rights, which include freedom from discrimination, the right to equality, and the right to be considered innocent until proven guilty.

But how does one go about celebrating Universal Human Rights Month? There are a few ways that people can observe this achievement, including reading about the Universal Declaration of Human Rights or human rights in general, spreading the word on social media or through any other communication method, and communicating to others why human rights are important. The Dignity & Respect Campaign lists that one of the most important things that you can do during this month, and even beyond, is to work to find common ground with the people around you, particularly those who don’t have the same background as you. They also advise everyone to remember that we are all human, we all live on the same planet, and that our differing religions, beliefs, races, and cultures should not divide us.

For more information on the Universal Declaration of Human Rights and human rights in general, check out these materials and online resources!

*CCPL STAFF PICKS ARE CHOSEN BY CCPL STAFF MEMBERS AND ARE NOT INTENDED TO BE COMPREHENSIVE LISTS. WE’D LOVE TO HEAR YOUR IDEAS, TOO, SO WRITE TO US AND TELL US WHAT YOU’D RECOMMEND!*

THE UNIVERSAL DECLARATION OF HUMAN RIGHTS

The Universal Declaration of Human Rights by Susan Muaddi Darraj

HUMAN RIGHTS, BOTH UNIVERSAL AND LOCAL

We the People: The Modern-Day Figures Who Have Reshaped and Affirmed the Founding Fathers’ Vision of America by Juan Williams

The Atlas of Human Rights: Mapping Violations of Freedom Around the Globe by Andrew Fagan

A Call to Action: Women, Religion, Violence, and Power by Jimmy Carter

Some Kids Left Behind by Lila Nordstrom

Mountains Beyond Mountains by Tracy Kidder 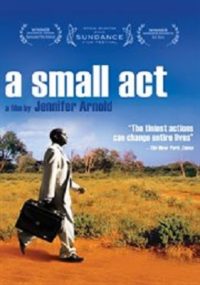 UNIVERSAL HUMAN RIGHTS ON THE INTERNET