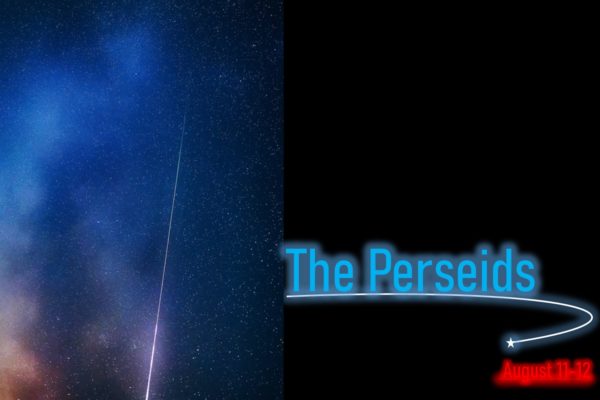 Every August, Earth passess through the debris from the Swift-Tuttle Comet and this makes conditions right for an especially spectacular meteor shower known as the Perseid Meteor Shower. The Persied’s typically start in late July and fall throughout the month of August, but the shower peaks this year on the night of August 11-12 as the earth passes through the heaviest concentrations of debris. This is the best time to see the most meteors, some 50-75 an hour if conditions are right, and you can avoid enough light pollution. Even observers and less rural areas should be able to see a good amount of shooting stars, however. And the moon shouldn’t interfere too much this year, either, as it is scheduled to set well before the shower starts ramping up.

How to see the shower?

You may want to stay up a bit late for this particular shower. The best viewing time is from late evening to the morning hours before dawn. The greatest frequency of meteors will likely top out in those hours just before dawn. The shower is called the Perseid because meteors seem to originate from the constellation Perseus. Perseus can be found in the northern night sky, but with this particular shower, you really only need to look in the constellation’s general direction.  The meteors can be just about anywhere in the sky, however, and they will typically be bright with really long streaks. We’ve included a few resources below to help you get into the astronomical spirit of stargazing. Happy watching! And for any of you taking pictures, we’d love to see!

Constellations: The story of space told through the 88 known star patterns in the night sky by Govert Schilling

From Cosmos: “A visual guide to all 88 constellations in our night sky”– Provided by publisher.

Perfect for stargazers and armchair astronomers of all ages, Constellations is a beautifully illustrated and fascinating guide to all 88 constellations, including an illustrated star map for each.

Dark skies: A Practical Guide to Astrotourism by Valerie Stimack

From Cosmos: Discover the best stargazing destinations around the world with Lonely Planet. This comprehensive companion includes guides to 35 dark-sky sites and national parks, where to see the aurora, the next decade of total solar eclipses and how to view rocket launches, plus the lowdown on commercial space flight.

Astrophysics for people in a hurry by Neil Degrasse Tyson

From Cosmos: The essential universe, from our most celebrated and beloved astrophysicist. What is the nature of space and time? How do we fit within the universe? How does the universe fit within us? There’s no better guide through these mind-expanding questions than acclaimed astrophysicist and best-selling author Neil deGrasse Tyson. But today, few of us have time to contemplate the cosmos. So Tyson brings the universe down to Earth succinctly and clearly, with sparkling wit, in tasty chapters consumable anytime and anywhere in your busy day.

Cosmos: The infographic book of space by Stuart Lowe and Chris North

From Cosmos: Starting with the Big Bang itself, we explore the secret lives of galaxies and stars, and examine the thousand new planets now discovered beyond the Solar System – checking out their viability for alien life. We chronicle the incredible instruments and machines that are discovering the hidden secrets of the Universe, from ‘telescopes’ deep under the Antarctic ice to robotic explorers on distant worlds. We investigate the astounding technology used by human astronauts as they push out beyond the Moon to Mars – and on towards the stars.