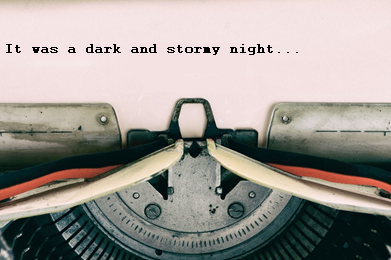 Have you been hearing your friends speaking gibberish? Perhaps the phrase NaNoWriMo’s been floating around?  No, it’s not newspeak; it’s short for National Novel Writing Month which occurs—you guessed it, annually—and in the month of November, which is this month.

Write a novel in a month, you question?  Impossible, you declare?  Not totally.  Zora Neale Hurston wrote “Their Eyes Were Watching God” in just seven weeks. Okay, a little more than a month, but still: an incredible book in an incredibly short length of time.  But still not fast enough for you?  Well, what if we told you that Jack Kerouac wrote “On the Road” in just three weeks—that’s less than a month!  It is said that Kerouac taped sheets of paper together into a long strip, so he didn’t have to stop typing to reload his typewriter. But November is already here, you say? And there’s not even a month left.  Well how about this, friend? Paulo Coelho wrote “The Alchemist” in just two weeks! That’s right, “The Alchemist” which has been translated into 80 different languages and has sold over 65 million copies, was written in just two weeks!

Are you up for the challenge?  We here at CCPL have compiled a list of books to help you get started.  From crafting the perfect novel to making realistic characters, from writing the perfect SciFi novel, to getting down into the nitty-gritty on detective fiction, we’ve got you covered. And, if you’re struggling to get started, we’ve even got some books below to help spur your creative impulses with writing exercises from top writers and teachers.

So check out these titles, place a hold, cruise on through Curbside Pickup and begin your NaNoWriMo adventure today. 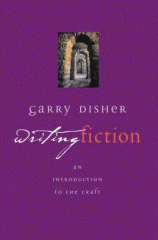 Writing Fiction: An Introduction to the Craft (2002) by Garry Disher

From Cosmos: Explains the basic steps to effective fiction writing. From an award-winning author, sound, practical advice is included on the most significant elements of fiction, such as plot, character development, and voice, and strategies are provided for the effective use of tense and the dialogue. All forms of fiction are explored, including novels, novellas, short stories, and crime fiction. In addition, the writing concepts introduced are illustrated with examples from a wide variety of known writers, presenting a candid picture of the pleasure and pitfalls from a wide range of fiction-writing experiences. 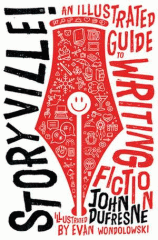 Storyville!” : An Illustrated Guide to Writing Fiction (2020) by John Dufresne

From Cosmos: A smart and funny guide to writing fiction, with engaging infographics that bring storytelling techniques to life. Whether you are daunted by a blinking cursor or frustrated trying to get the people in your head onto the page, writing stories can be intimidating. It takes passion, tenacity, patience, and a knowledge of and faith in the often-digressive writing process. A do-it-yourself manual for the apprentice fiction writer, Storyville! demystifies that process; its bold graphics take you inside the writer’s comfortingly chaotic mind and show you how stories are made. In Storyville!, seasoned guide John Dufresne-whose approach “will anchor the newbie and entertain the veteran” (San Francisco Chronicle)-provides practical insight into the building blocks of fiction, including how to make the reader see your characters, create a suspenseful plot, and revise, revise, revise. Storyville! is a combination handbook and notebook, with original prompts and exercises crafted with Dufresne’s singular dry wit and Evan Wondolowski’s playful and illuminating graphics on every page. 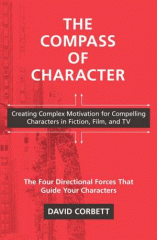 The Compass of Character: Creating Complex Motivation for Compelling Characters in Fiction, Films, and TV (2019) by David Corbett

From Cosmos: Just as a compass provides direction for an explorer, so does motivation provide direction for characters in fiction. The ‘compass’ of character motivation is composed of four points: Lack, Yearning, Resistance, and Desire. In The Compass of Character, you’ll learn to deeply consider the key question ‘What does my character want?’ and learn techniques to answer that question by writing realistic and empathetic characters without falling into formulaic, unsatisfying results that only diminish the character…The Compass of Character is the one book that can guide writers to that end with both instruction and inspiration. 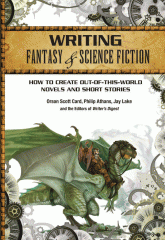 From Cosmos: Do you envision celestial cities in distant, fantastic worlds? Do you dream of mythical beasts and gallant quests in exotic kingdoms? If you have ever wanted to write the next great fantasy or science fiction story, this all-in-one comprehensive book will show you how. Writing Fantasy & Science Fiction is full of advice from master authors offering definitive instructions on world building, character creation, and storytelling in the many styles and possibilities available to writers of speculative fiction. 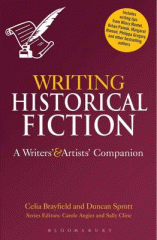 From Cosmos: Contains advice from leading international and bestselling writers, this book provides all the practical advice you need to write historical fiction successfully 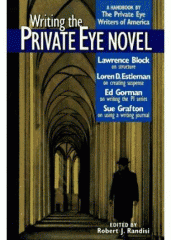 From Cosmos: Writing the Private Eye Novel is a valuable resource for anyone who wants to try to make a living writing detective fiction. Obviously, there is no formula that guarantees success, but in this collection of essays from working authors, you can get a very good idea of what you should be thinking about and where to direct your creative energy. 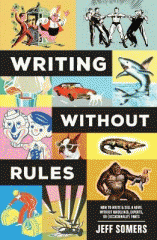 Writing Without Rules: How to Write & Sell a Novel without Guidelines, Experts, or (Occasionally) Pants (2018) by Jeff Somers

From Cosmos: Are you looking for a fresh take on tackling the challenge of writing a successful novel and building your career? No matter your writing level, this book will reveal to you the unconventional, fresh approaches to writing and selling the novel of your dreams

Trouble getting started?  Check out these titles to get that creativity going: 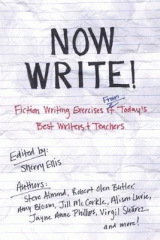 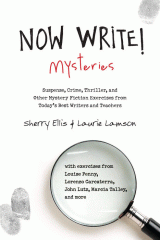 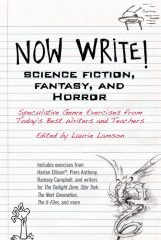