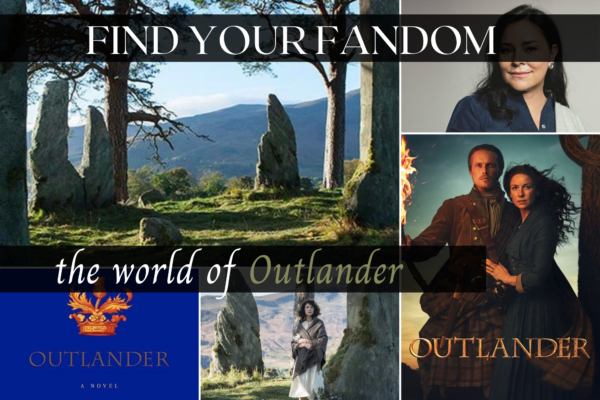 Are you looking for a new fandom to immerse yourself in, but not sure where to start?  “Find Your Fandom” is a series that provides the information you need to figure out where to start in your new fandom journey. Keep checking back on the blog for future installments!

Outlander is a historical fantasy series written by American author, Diana Gabaldon. If you like romance, time travel, and the Scottish highlands, then this sweeping epic series may be for you! Immerse yourself in the books and tv series that have captured hearts over 31 years since its debut! 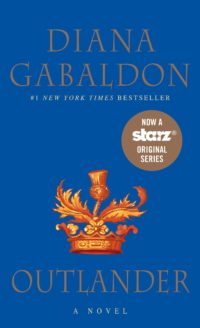 The year is 1945, Claire Randall, a former combat nurse, is back from the war and reunited with her husband on a second honeymoon – when she walks through a standing stone in one of the ancient stone circles that dot the British Isles. Suddenly she is a Sassenach – an “outlander” – in a Scotland torn by war and raiding Highland clans in the year of our Lord…1743. Hurled back in time by forces she cannot understand, Claire is catapulted into intrigues and dangers that may threaten her life… and shatter her heart. For here she meets James Fraser, a gallant young Scots warrior, and becomes a woman torn between fidelity and desire… and between two vastly different men in two irreconcilable lives. 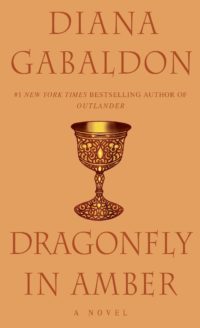 Twenty years after her voyage to Scotland, Claire Randall, now a doctor, returns to Scotland with her daughter to locate the stone that sent her on her magical journey years before. 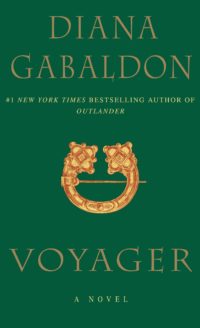 Their love affair happened long ago by whatever measurement Claire Randall took. Two decades before, she had traveled back in time and into the arms of a gallant eighteenth-century Scot named Jamie Fraser. Then she returned to her own century to bear his child, believing him dead in the tragic Battle of Culloden. Yet his memory has never lessened its hold on her … and her body still cries out for him in her dreams. When she discovers that Jamie may have survived, Claire must choose her destiny. And as time and space come full circle, she must find the courage to face what awaits her — the deadly intrigues raging in a divided Scotland and the daring voyage into the dark unknown that lies beyond the standing stones. 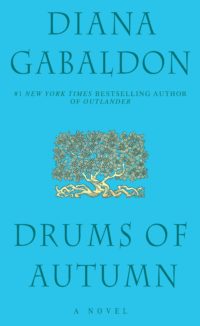 A time-travel series featuring a woman doctor from the present who went back to the 1700s to marry a Scottish rebel. She is Claire and he is Jamie, and in this volume they emigrate to America, becoming involved in revolutionary activity against the British. 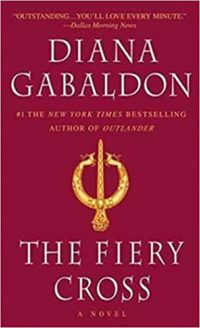 The Fiery Cross is the fifth book in a series written by Diana Gabaldon about Clare Fraser, who can travel through time by touching stones (think Stonehenge). The first time she traveled, it was an accident. She traveled two hundred years backward to the 1740s and met the love of her life, Jamie Frasier, a Scottish highlander. Their love story has developed throughout each of the books as Gabaldon details the historical setting that surrounds them. In The Fiery Cross, the year is 1771, and the unrest and dissatisfaction of the colonists in the New World are humming. 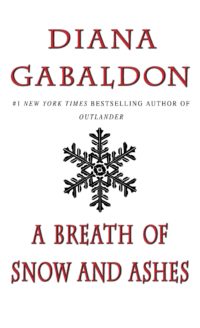 A Breath of Snow and Ashes

In 1772, on the eve of the American Revolution, Jamie Fraser is asked by the governor to help protect the colonies for King and Crown, but, thanks to his time-traveling twentieth-century wife, Claire, Jamie is aware of the ultimate result of the rebellion. 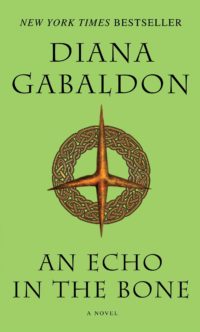 An Echo in the Bone

As battle-scarred Jamie Fraser and his twentieth-century time-traveling wife Claire Randall flee from North Carolina to the high seas during the American Revolution, they encounter privateers and ocean battles. Meanwhile in the relative safety of the 20th century Brianna (Claire and Jamie’s daughter) and Roger MacKenzie, Brianna’s husband, search for clues not only to Claire’s fate–but to their own fate in the Highlands. 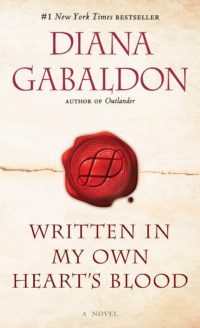 Written in my own Heart’s Blood

1778: France declares war on Great Britain, the British army leaves Philadelphia, and George Washington’s troops leave Valley Forge in pursuit. At this moment, Jamie Fraser returns from a presumed watery grave to discover that his best friend has married his wife, his illegitimate son has discovered (to his horror) who his father really is, and his beloved nephew, Ian, wants to marry a Quaker. Meanwhile, Jamie’s wife, Claire, and his sister, Jenny, are busy picking up the pieces. The Frasers can only be thankful that their daughter Brianna and her family are safe in twentieth-century Scotland, or not. In fact, Brianna is searching for her own son, who was kidnapped by a man determined to learn her family’s secrets. Her husband, Roger, has ventured into the past in search of the missing boy never suspecting that the object of his quest has not left the present. Now, with Roger out of the way, the kidnapper can focus on his true target: Brianna herself. Written in My Own Heart’s Blood is the brilliant next chapter in a masterpiece of the imagination unlike any other. 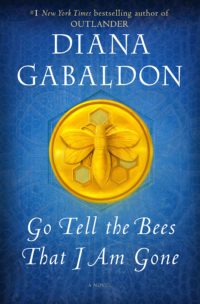 It is 1779 and Claire and Jamie are at last reunited with their daughter, Brianna, her husband, Roger, and their children on Fraser’s Ridge. Having the family together is a dream the Frasers had thought impossible. Yet even in the North Carolina backcountry, the effects of war are being felt. Tensions in the Colonies are great and local feelings run hot enough to boil Hell’s teakettle. Jamie knows loyalties among his tenants are split and it won’t be long until the war is on his doorstep.

*All books are also available in audio format. 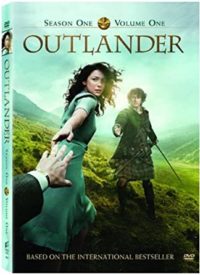 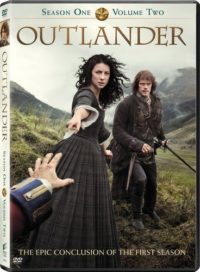 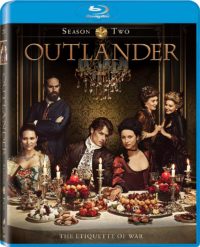 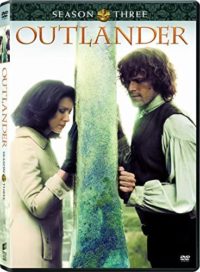 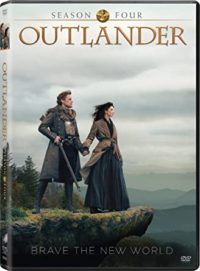 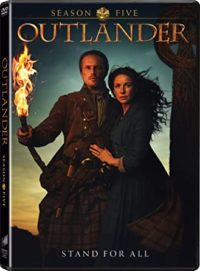