Now that 2020 is behind us, some of you may be curious about what everybody else was reading.  To eliminate those FOMO concerns, we here at CCPL have compiled a list of the books and authors that have been checked out the most. And below, we share it with you! You’ll likely see some familiar names, but you may be surprised by some new additions.

Now, without further ado, we present to you the list of the 5 most popular books and the 10 most popular authors of 2020. Check out the books with links, and/or click the authors’ names to see their breadth of work available in our catalogue. We hope that you enjoy this list and are able to read some of these books if you haven’t done so already. Perhaps you will rediscover some old favorites, too. Happy 2021 everybody! 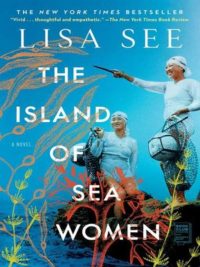 The Island of Sea Women

“A mesmerizing new historical novel” (O, The Oprah Magazine) from Lisa See, the bestselling author of The Tea Girl of Hummingbird Lane, about female friendship and devastating family secrets on a small Korean island.

Mi-ja and Young-sook, two girls living on the Korean island of Jeju, are best friends who come from very different backgrounds. When they are old enough, they begin working in the sea with their village’s all-female diving collective, led by Young-sook’s mother. As the girls take up their positions as baby divers, they know they are beginning a life of excitement and responsibility—but also danger.

Despite their love for each other, Mi-ja and Young-sook find it impossible to ignore their differences. The Island of Sea Women takes place over many decades, beginning during a period of Japanese colonialism in the 1930s and 1940s, followed by World War II, the Korean War, through the era of cell phones and wetsuits for the women divers. Throughout this time, the residents of Jeju find themselves caught between warring empires. Mi-ja is the daughter of a Japanese collaborator. Young-sook was born into a long line of haenyeo and will inherit her mother’s position leading the divers in their village. Little do the two friends know that forces outside their control will push their friendship to the breaking point.

(From Overdrive)
“This vivid…thoughtful and empathetic” novel (The New York Times Book Review) illuminates a world turned upside down, one where the women are in charge and the men take care of the children. “A wonderful ode to a truly singular group of women” (Publishers Weekly), The Island of Sea Women is a “beautiful story…about the endurance of friendship when it’s pushed to its limits, and you…will love it” (Cosmopolitan). 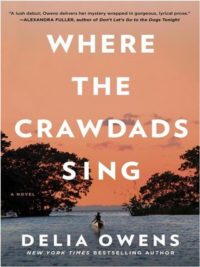 Where The Crawdads Sing

For years, rumors of the “Marsh Girl” have haunted Barkley Cove, a quiet town on the North Carolina coast. So in late 1969, when handsome Chase Andrews is found dead, the locals immediately suspect Kya Clark, the so-called Marsh Girl. But Kya is not what they say. Sensitive and intelligent, she has survived for years alone in the marsh that she calls home, finding friends in the gulls and lessons in the sand. Then the time comes when she yearns to be touched and loved. When two young men from town become intrigued by her wild beauty, Kya opens herself to a new life—until the unthinkable happens.

Perfect for fans of Barbara Kingsolver and Karen Russell, Where the Crawdads Sing is at once an exquisite ode to the natural world, a heartbreaking coming-of-age story, and a surprising tale of possible murder. Owens reminds us that we are forever shaped by the children we once were, and that we are all subject to the beautiful and violent secrets that nature keeps.
(From Overdrive) 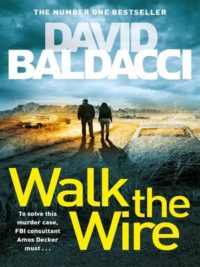 A town with a secret.

A lone hunter discovers the remains of a woman in North Dakota’s Badlands. She appears to have had a post-mortem performed on her reminiscent of those only seen on TV shows – but this time, there was no slab, morgue or camera in sight.

A victim without a past.

The reason why Irene Cramer’s death merits an FBI investigation becomes rapidly clear when key questions surface about her mysterious past. Little is known about this school teacher, where she came from or her true identity. She clearly had something to hide.

A hero with a unique skill.

FBI investigator, Amos Decker and his colleague, Alex Jamison, are summoned to seek answers in the local community of London, North Dakota, which sits at the very heart of the fracking industry. Enriched with oil money, jealousy and a deep-set rivalry lie beneath a veneer of glitz and opulence.

Decker soon realizes that the nearby ‘eye in the sky’, the Air Force Station, may hold vital clues and that this town holds secrets so explosive that they could destabilize the entire country . .

Walk the Wire by David Baldacci is the sixth book in the Amos Decker series. 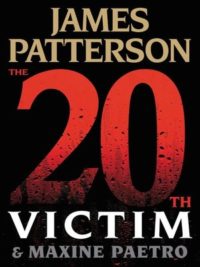 Three victims, three bullets, three cities. The shooters’ aim is as fearsomely precise as their target selection. When Lindsay realizes that the fallen men and women excel in a lucrative, criminal activity, she leads the charge in the manhunt for the killers. As the casualty list expands, fear and fascination with this suspicious shooting gallery galvanized the country.

The victims were no angels, but are the shooters villains . . . or heroes?
(From Overdrive)

From #1 New York Times bestselling author, legendary storyteller, and master of short fiction Stephen King comes an extraordinary collection of four new and compelling novellas—Mr. Harrigan’s Phone, The Life of Chuck, Rat, and the title story If It Bleeds—each pulling readers into intriguing and frightening places.

The novella is a form King has returned to over and over again in the course of his amazing career, and many have been made into iconic films, including “The Body” (Stand By Me) and “Rita Hayworth and Shawshank Redemption” (Shawshank Redemption). Like Four Past Midnight, Different Seasons, and most recently Full Dark, No Stars, If It Bleeds is a uniquely satisfying collection of longer short fiction by an incomparably gifted writer.
(From Overdrive)

Ten Most Popular Authors at CCPL 2020 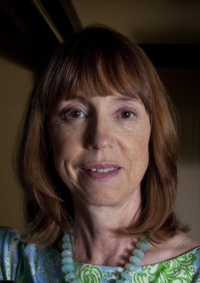 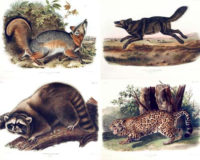 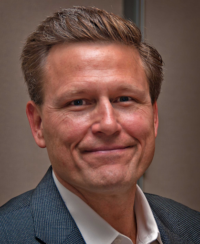 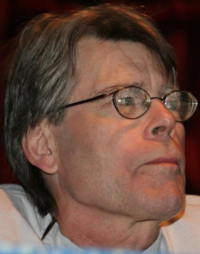 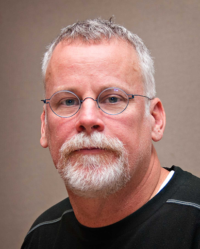 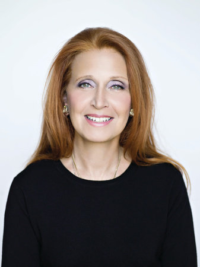 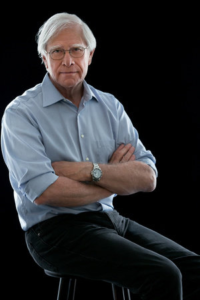