Thriving on simplicity and romanticism, that was Bolero from 1950-1970. Most Bolero singers during this time dabbled with Salsa music as well. Though the Bolero tradition started in Cuba during the late 19th Century, it does not owe its origin to the Spanish music and song of the same name. Boleros are deeply romantic lyrics coupled with beautiful, relaxing, soft music perfect to listen to on a Sunday afternoon. A noteworthy group, Trio Los Panchos, featured the artistry of musicians from Mexico and Puerto Rico including: Chucho Navarro, Alfredo Gil, and Hernando Avilés. Los Panchos are regarded as one of the top musical trios of all time and one of the most influential Latin American artists of all time. They have sold out concerts around the globe for over 70 years and have appeared in more than 50 films. A unique characteristic of Los Panchos was the use of the requinto guitar, which is smaller and tuned higher than a standard guitar and was invented by Alfredo Gil. Requinto solos are found in many bolero recordings by Los Panchos.

We created this list of Romantic Bolero Songs using Freegal, a service that is offered for free to CCPL customers. To create an account, you have to have your CCPL  card # and an email address. (Don’t have an account? Click here!) Once you create a password, you are ready. With Freegal, you can stream music for 3 hour a day and you can download 3 songs a week.  That’s right, 3 songs a week to keep… forever! 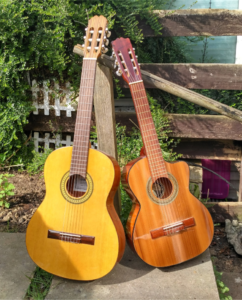 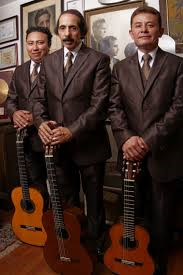 When I first tried Freegal, the first thing I wanted to do was create a playlist that would relax me and keep me happy, so this is how you make your own playlist:

And that’s how you create your Playlist!

I hope you enjoy the Boleros Romanticos Playlist we’ve created and are able to create your own playlist of your favorites.