All Charles County Public Library locations will be closed on Thursday, November 26th and Friday, November 27th in observance of Thanksgiving.

Make Your Own Escape Room 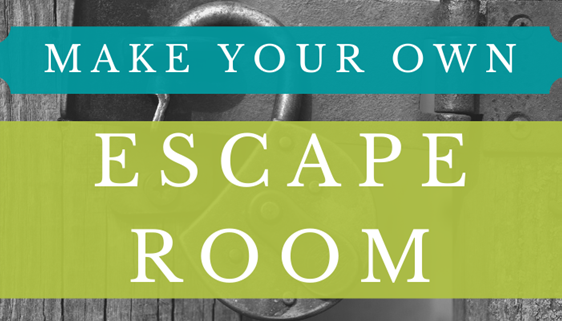 You do not need to spend money, or even leave home, to enjoy an escape room.  Below, you will find a basic guide to creating your own escape room experience.

Escape rooms usually begin with a story explaining where participants are and why they need to get out.  The storyline will determine the theme of the escape room: pirate ship, laboratory, spaceship, etc.  You can build a storyline around props or items you already have at home, or, if you are artistically inclined, you can make props of your own.  Of course, if you do not have any items that go together thematically, you can always build an escape room around a simple premise: You have been stuck at home with your family members for weeks and you need to get out!

You want your escape room to be challenging enough that it will keep players’ interest, but not so long or difficult that they simply give up.  For your first escape room, try starting with three main challenges that need to be solved.  For example, you might have Locked Box 1, Locked Box 2, and Locked Door (the final puzzle).  Under each main challenge will be a number of sub-puzzles.  These should contain a variety of easy to difficult problems for players to solve.

Your escape room should ideally take players 30-60 minutes to solve.  However, when creating your first escape room, you may simply have to guess at how long it will take the players to escape.  After you have created your first room and done a run-through, you will have a better idea of what areas will stump players and how much time players will usually spend on various types of puzzles.

Once you have decided on your three main challenges, write them down on a piece of paper to start an outline.  You will need to plan how each puzzle solution leads to another and the best way to keep track is by writing it out. 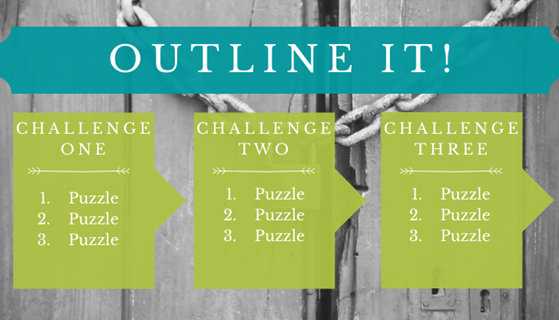 Your three main challenges will often require players to unlock a container or a door to uncover a new clue or to enter a previously inaccessible part of the room.  If you have done an escape room before, you know that there are several types of locks that are typically used: numerical locks, word locks, and directional (arrow) locks.  You may have also seen locks that open with a color combination or even padlocks that require players to find the matching key.  You can use any type of lock you have on hand.  However, since you are playing at home with your family members, you can also simply post a note that a box or door is “locked” until they tell you the combination and you approve it.  This way, you are not limited to whatever locks you manage to find in your home.

You will want to use a variety of puzzles to lead participants to the solution to each of your main puzzles.  Below is a list of some common puzzles that you may be able to recreate at home.

The most basic type of puzzle simply requires players to look around the room for hidden objects or clues.  For example, if you want players to solve a code, you could write the code on a piece of paper and then cut the paper into several pieces.  Then, scatter the pieces around the room: one taped under a chair, one inside a book, one underneath a coffee mug, and one in a flower vase.

Technically, a cipher is a system in which letters are replaced with another symbol or letter, while a code is a system in which entire words are replaced by a symbol or letter.  There are many types of ciphers and codes, which you can research online.  You probably want to choose one that is fairly easy to solve if you will have younger participants.  Older participants, or players who have solved many escape rooms, might enjoy a more challenging code or cipher. 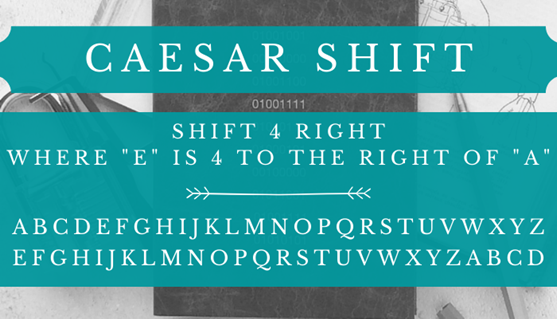 Riddles are puzzles written in a purposefully vague manner so players must use their wits to discover the hidden meaning.  You can use well-known riddles as clues, or you can write your own, relying on wordplay to guide participants to the answer.

Logic puzzles must be solved using reasoning.  For example, sudoku requires players to deduce which numbers can fit in a certain row, column, or square using logic and the process of elimination.  In an escape room, you could ask players to use logic to arrange items in a certain way to determine the necessary object.

Hide the answer to a puzzle in plain sight with patterns.  For example, if you have a color lock, you could create posters where text or images repeat in the order that will open the lock.

If you have a pen that writes with invisible ink, you leave a hidden message in the room.  Then, leave the pen where players will find it so they can use the attached UV light to search.  For a harder challenge, write the hidden message in code!

Final Challenge: Unlock the Door and Escape the Room

Before letting players in your new escape room, tell them the rules.  An important announcement, for example, is usually that the door out is not actually locked.  You will want to keep it open in case of a fire or other emergency.  Let your players know this!  Also tell them if there are any objects you do not want them to touch–the ceiling, electrical outlets, etc.  You could even put a sticker on anything in the room that is actually part of the game, so players know not to touch anything else.  But it is also good to remind them if you do not want them taking apart certain objects, prying things off the walls, and so forth.

If the players have no more questions, provide them with paper and pencils to take notes and solve puzzles.  Then, read them the story that explains where they are and why they need to escape the room.  Finally, start the timer and let the fun begin!

Looking for more information on puzzles, codes, and game-making?  Check out our e-book collection on Hoopla.  The best part is, there are no wait lists! 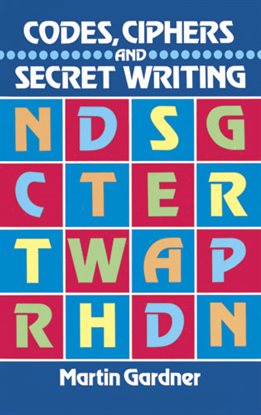 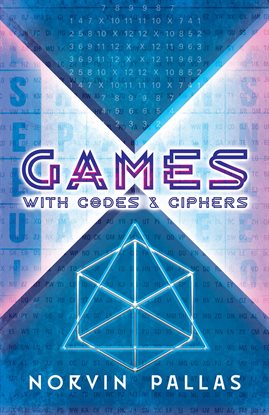 Games with Codes and Ciphers by Norvin Pallas 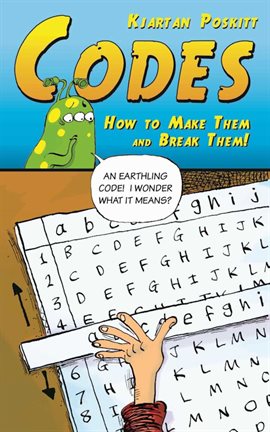 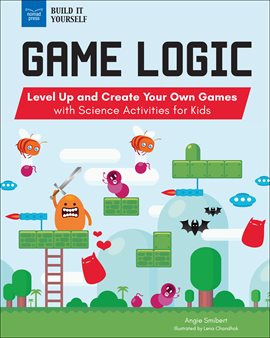