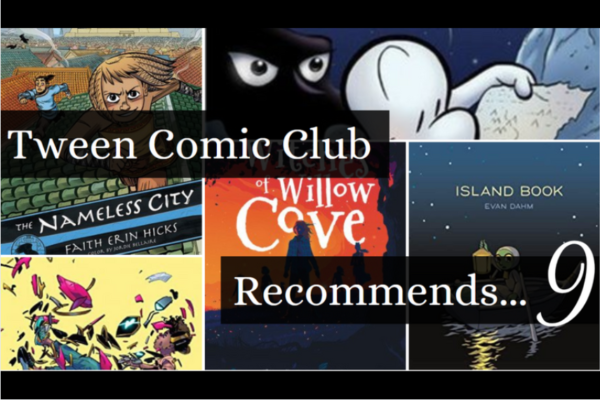 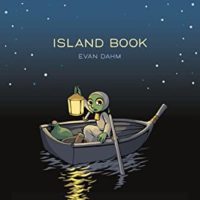 One day, a Monster came to Sola’s island.  Sola alone stood and faced it.  Now her community says she is cursed.  Not understanding, Sola sets out to find answers.

Ms. Faith says: “I liked this book, but I didn’t love it. It had nice illustrations and the promise of a great story but the ending fell a little short with me. What is the monster and why is it following Sola? Who is the strange sage type person? Will there be a sequel that explains more?? I’m a little confused! I would love to hear your thoughts on the book. Pick up the book from one of our library branches and join us next time for Tween Comic Club. I’d love to hear what you think of the book and what you think about the ending.” 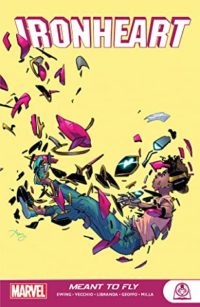 Ironman has fallen.  His consciousness lives on in an AI who now trains super genius teenager Riri Williams to become a new iron warrior.  But Riri has a lot on her plate.  Can she find a way to face her personal demons and save the world?

Skylan B. says: “Riri Williams is the next Ironman.  When a captured villain hands her a strange disc, her world is about to change, and when her adventures dive deeper, she discovers secrets.  Secrets that shouldn’t be uncovered.  Meanwhile, when her adventures lead her to Wakanda, seven new supervillains plan to take over the world.  And is her father really dead?” 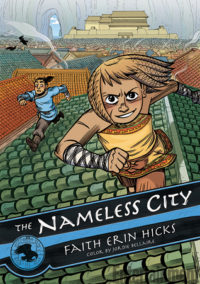 The City has had many names over the years, as it has been conquered by one outside invader after another.  The inhabitants simply call it the Nameless City.  Kaidu, whose people are the most recent conquerors, is new to the City, but he loves it already.  But he is surprised to learn that some of the original inhabitants, such as Rat, do not like him or his people at all.  But the City is in danger once more, and Kaidu and Rat will have to set aside their differences to save it.

Ms. Krysta says: “This action-packed fantasy adventure draws readers into an intricately-built world where the citizens of a conquered city dream of the day they can once again rule themselves.  But a new plot could destroy the city entirely, and enemies will have to work together to stop it.  The Nameless City will appeal to readers who enjoy fast-paced plots with political intrigue and just a hint of mystery.  Perfect for fans of the 5 Worlds series.” 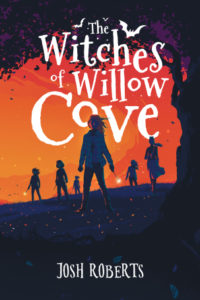 The Witches of Willow Cove by Josh Roberts

Seventh grader (and witch) Abby Shepherd starts noticing strange things happening in her home of Willow Cove.  Could the mysterious Miss Winters be behind it?  This title is not a graphic novel, but if you are looking for a graphic novel about witches, why not try The Okay Witch by Emma Steinkellner or Witches of Brooklyn by Sophie Escabasse?”

The Doctor says: “The Witches of Willow Cove by Josh Roberts is about six thirteen-year-old girls who all get inducted into a secret witch’s coven by a mysterious woman named Miss Winters, but Miss Winters may not be what she seems.  This book’s characters and plot are well written, and it’s great if you’re a fan of mystery books, fiction fantasy books about witches, fantasy, or all of the above.” 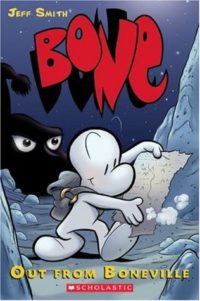 Out from Boneville by Jeff Smith

After the three Bone cousins are forced to leave Boneville, they find themselves in the outside world, a vast and sometimes terrifying place.

Tameira S. says: “Out from Boneville is about three cousins who don’t get along, that get kicked out of their town Boneville.  They have to work together to find a new home and stop dark forces.  And they have help from an old grandma and her granddaughter Thorn.”