As the year ends and a new one is beginning, many families enjoy a big feast to celebrate the achievements of the previous year and welcome the opportunities of the one to start.  Here are a few items to consider for your end of year feast this New Year. 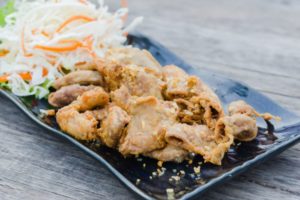 In the book Soul Food: The Surprising Story of an American Cuisine One Plate at a Time, Adrian Miller explains that during the Down Home Cooking era of the 1890s to the 1970s, chitlins reminded Southern migrants of how good times were had at hog killings in the rural South.  Rural blacks came together for these hog killings, performed the work of preparing for the event, then divided the rewards. 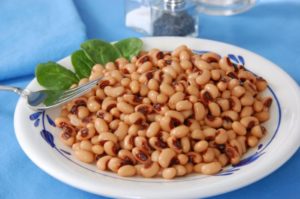 According to one theory offered in Soul Food, the superstition behind eating  Black-Eyed Peas on New Year’s Day came from German folklore.  When the clock announces the new year, you should eat plenty of lentils, pork, white cabbage, and potato dumplings so the new year will bring you good luck and lots of money.

The South had a number of German immigrants who were slaveholders in the antebellum era.  Miller suggests enslaved African Americans likely prepared traditional New Year’s Day meals for their German masters.  The theory proposes that they borrowed the folklore, gave it an African American spin by substituting in their own foods, and passed it along from the Big House to the slave quarters. 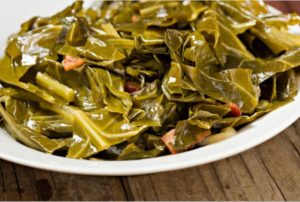 In Soul Food: The Surprising Story of an American Cuisine One Plate at a Time, Adrian Miller cites an American slave narrative that recounts children being fed only the pot likker or broth from cooked greens and other vegetables.  The adults would have the greens;  children would be given wooden spoons to scoop out the pot likker from large troughs.  Today, nutritionists claim that the best part of a greens dish is the broth.  It contains all the vitamins and nutrients drained out of the greens during the stewing process.

According to Soul Food, Kool-Aid became an important factor of military life for black troops serving in the Vietnam War.  Many of the service personnel in Vietnam who often felt vulnerable and alone needed a tangible connection with life in the United States, so they would request red Kool-Aid packages to be sent in care packages.

Miller notices a shift in the consumption of Kool-Aid lately, though.  He explains that many young people prefer grape Kool-Aid.  Here is a recipe that seeks to bridge the generational gap by mixing red and grape Kool-Aid together.