Household name and art legend Bob Ross had a deep passion for the arts and brought joy to everyone regardless if you painted with him or not. Around 90% of viewers did not paint along with Ross, many just enjoyed his conversations and soothing voice. Speaking of his soothing voice did you know he was in the Military? Continue to read and learn all about the TV sensation that was Bob Ross.

The Joy of Painting
It was a half-hour instructional television show created and hosted by painter Bob Ross which ran from January 11, 1983 to May 17, 1994. Each episode taught techniques for all types of landscape oil painting, completing a painting in each session. 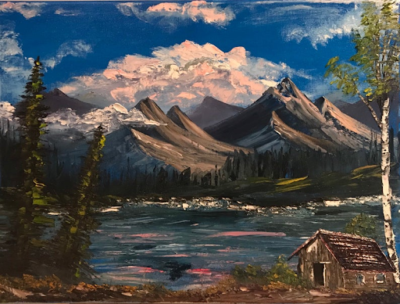 One of Ross’s landscape paintings.

Who was Bob Ross?

Ross’s father worked as a carpenter and his mother as a waitress.

As a child, Ross entertained himself by caring for injured animals, including an armadillo, a snake, a squirrel, and an alligator. The squirrel was featured in a few episodes of his show. 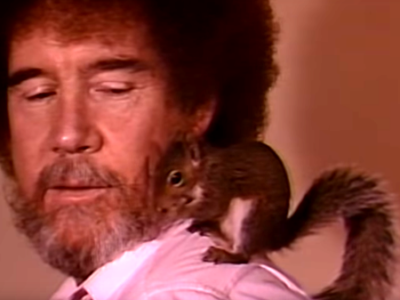 In 1961, at the age of 18, Ross joined the Air Force and was assigned to work as a medical records technician. It was a career he would stick with for 20 years.

Much of Ross’ time in the Air Force was spent at the Air Force clinic at Eielson Air Force Base near Fairbanks, Alaska. He moved up in rank, but with more responsibility Ross found some issues.

Feeling that his job ran against his natural temperament, He decided when he would leave the military he’d never shout again. 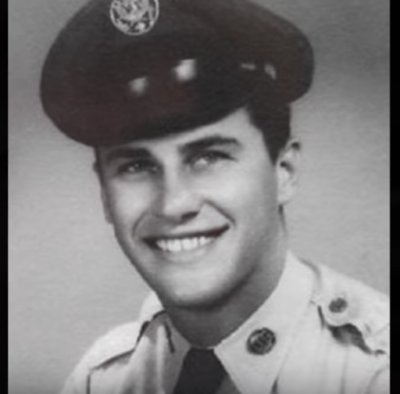 Inspiration
He was deeply inspired by the Alaskan landscapes. The area around Fairbanks features mountains, lakes and pristine forests full of snow-dappled trees. These landscapes inspired Ross throughout his career, even after he moved back to Florida. 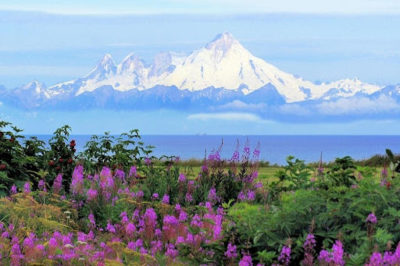 Who Taught Ross How to Paint?
Ross attributed his style of painting to William Alexander who was a former German POW who moved to America after his release at the end of World War II and took up painting for a living. Alexander claimed to have invented the style he taught Ross, popularly known as “wet-on-wet,” but it was actually a refinement of a style used by Caravaggio and Monet.

The technique involved rapidly painting layers of oil over each other without waiting for the picture elements to dry. 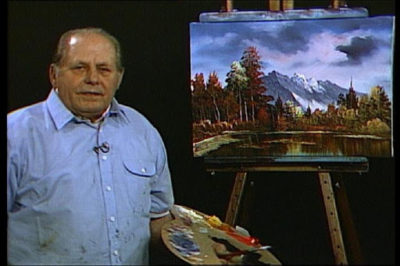 How He Got Discovered
In 1981, Ross filled in for Alexander on his show. When Annette Kowalski traveled to Florida to meet Alexander, she met Ross instead.

At first, she was disappointed, but before she knew it she found herself swept away by his demeanor and voice. Approaching him after the class, she suggested a partnership and a promotional deal.

Ross agreed, and The Joy of Painting aired for the first time on PBS in January 1983. It was the first of what would be hundreds of episodes, Ross introduced himself and promised that “you too can paint almighty pictures.” 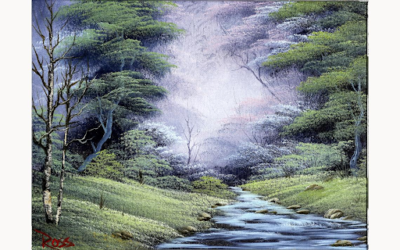 One of Ross’s step-by-step paintings.

Ross was fundamentally a teacher, and the point of his show was to encourage other people to learn to paint, so he always used the same pigments and brushes to make it easy for beginners on a budget to get started for very little money.

He used common house painting brushes and an ordinary paint scraper, rather than specialized tools.

Once the show began, it unfolded in real time, the idea being that the audience could keep up with Ross.

Only the occasional bloopers got cut, such as the frequent occasions when Ross pushed too hard on the canvas and knocked over his easel.

Ross didn’t sell his originals, though he did sometimes give them away for charity auctions.

3 Copies of Each Painting
Every painting he did on the show was part of three nearly-identical copies; despite his unstudied air on the show, Ross painted one picture before the show that would be mounted out of sight to act as a reference during filming. The second was what the audience saw him paint, and the third was painted later and took much longer; this was the high-quality version to be photographed for his art books. 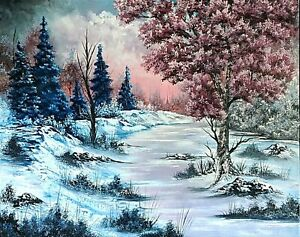 One of Ross’s paintings

Rise to the Top
Eventually, his PBS show became the centerpiece for what grew into a $15 million business that sold Bob Ross-approved palettes, brushes, and easels.

The Joy of Painting went into international distribution in 1989, and before long, Ross had fans in Canada, Latin America, and across Europe. By 1994, Ross was a fixture on at least 275 stations and his instructional books were in almost every bookstore in America.

In late spring 1994, Ross was unexpectedly diagnosed with late-stage lymphoma.

The demands of his treatment forced him to step away from his show and the last episode aired on May 17. Just over one year later, on July 4, 1995, Bob Ross died from his illness and was buried in New Smyrna Beach, Florida, near where he had lived as a child. 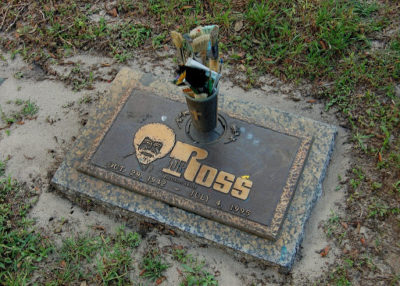 To this day fans still leave paint brushes and paints as a token at his grave.

He loved animals and would often bring them on his show. 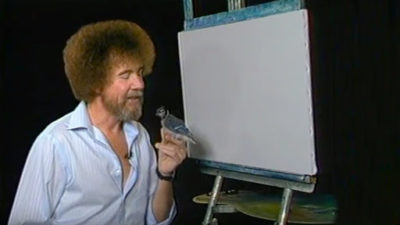 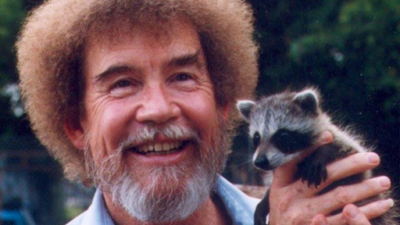 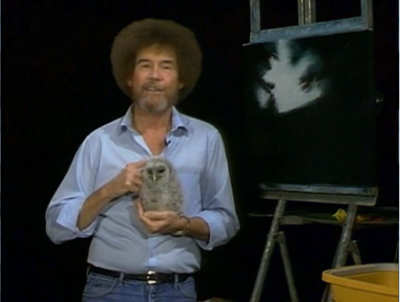 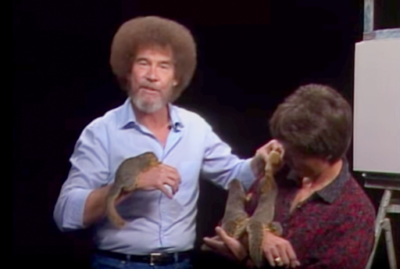 If you want to know more, explore these fun titles: 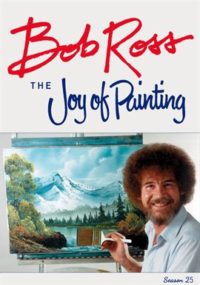 There are several seasons of The Joy of Painting available on Hoopla. 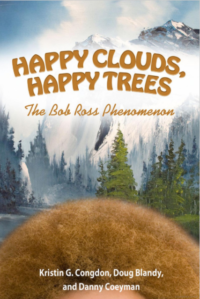 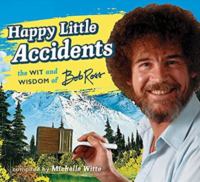 Happy Little Accidents : The Wit and Wisdom of Bob Ross by Bob Ross