During quarantine I have been enjoying revisiting some of my favorite books. I hope you might find a new favorite graphic novel series or stand alone from this list of some of my all time favs. Enjoy and feel free to let me know what you think or recommend your favorites to me!

Jo, April, Mal, Molly and Ripley are five best pals determined to have an awesome summer together…and they’re not gonna let any insane quest or an array of supernatural critters get in their way!

This awesome graphic novel series also has a companion series of novels! 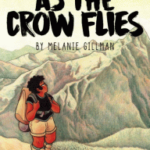 As the Crow Flies by Melanie Gillman

“A queer, black teenager finds herself stranded in a dangerous and unfamiliar place: an all-white Christian youth backpacking camp”–Amazon.com.

The Hildafolk Series by Luke Pearson

Join the magical world of Hilda as she meets magical creatures and new friends while having amazing adventures. 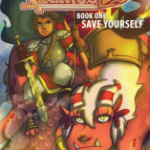 Join Princess Adrienne, one princess that’s tired of waiting to be rescued. Follow along with her plucky sidekick Bedelia and her guardian dragon Sparky, as they begin a one of a kind quest to rescue her sisters!

Raven is ready to set out on her quest for revenge against her brothers. They’ve stolen everything that should be hers and now she’s going to get it back. But first, she needs a crew. Share the laughs, action, and adventure as Raven assembles the fearless crew of awesome ladies who will help her get her revenge.

“Jonesy’s a typical disaffected teenager– makin’ zines nobody reads, posting pictures of her favorite pop groups on her blog, and watching anime on the weekends. But Jonesy has a secret– she can make anybody fall in love with anyone– or anything– she wants! But there’s only one catch– Jonesy’s powers don’t work on herself, and she’s gonna find out the hard way that shooting Cupid’s arrow ain’t all it’s cracked up to be!” — Page 4 of cover, volume 1.

The last thing in the world Alex wanted was an X5, the latest in realistic androids, but after Ada is dropped into his life, he discovers she is more than just a robot and takes a huge risk to unlock Ada so she can think for herself and explore life as a sentient android. Can they survive the consequences? 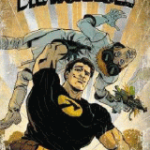 Dr. Horrible and Other Horrible Stories by Zack Whedon and Joss Whedon

Revisit the smash-hit web musical Dr. Horrible’s Sing-Along Blog with the stories that started it all by Zack Whedon and a brand-new story by Joss Whedon set after the events of the web series! Speed off with Captain Hammer as he encounters a supervillain in the making. Captain Hammer asks, what you can do to make the world a safer place. Meet Moist, a man whose name says it all. Discover the tragic story of his condition and his connection to Dr. Horrible. Bump into Penny for the first time and be smitten all over again. Then, the Evil League of Evil wreaks havoc on the city, and some good Samaritans step up to the plate. But what is good and what is evil–and where does one cross into the other? 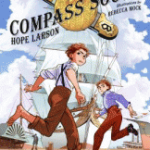 After escaping the Black Hook Gang in 1860 New York City, twelve-year-old twins Alexander and Cleopatra flee to New Orleans, become separated, and try to find each other in San Francisco, while being followed by pirates who think they hold the key to treasure.

Fifteen illustrated short stories, some humorous and some haunting, set in the Australian suburbs.

“The world’s greatest thief is a costumed teen burglar by the nome d’arte of Bandette! Gleefully plying her skills on either side of the law alongside her network of street urchins, Bandette is a thorn in the sides of both Police Inspector Belgique and the criminal underworld. But it’s not all breaking hearts and purloining masterpieces when a rival thief makes a startling discovery. Can even Bandette laugh off a plot against her life?”–Page [4] of cover, volume 1.

The Thrilling Adventures of Lovelace and Babbage by Sydney Padua

Meet Victorian London’s most dynamic duo: Charles Babbage, the unrealized inventor of the computer, and his accomplice, Ada, Countess of Lovelace, the peculiar protoprogrammer and daughter of Lord Byron. When Lovelace translated a description of Babbage’s plans for an enormous mechanical calculating machine in 1842, she added annotations three times longer than the original work. Her footnotes contained the first appearance of the general computing theory, a hundred years before an actual computer was built. Sadly, Lovelace died of cancer a decade after publishing the paper, and Babbage never built any of his machines. But do not despair! The Thrilling Adventures of Lovelace and Babbage presents a rollicking alternate reality in which Lovelace and Babbage do build the Difference Engine and then use it to build runaway economic models, battle the scourge of spelling errors, explore the wilder realms of mathematics, and, of course, fight crime–for the sake of both London and science.

Nimona is an impulsive young shapeshifter with a knack for villainy. Lord Ballister Blackheart is a villain with a vendetta. As sidekick and supervillain, Nimona and Lord Blackheart are about to wreak some serious havoc. Their mission: prove to the kingdom that Sir Ambrosius Goldenloin and his buddies at the Institution of Law Enforcement and Heroics aren’t the heroes everyone thinks they are. But as small acts of mischief escalate into a vicious battle, Lord Blackheart realizes that Nimona’s powers are as murky and mysterious as her past. And her unpredictable wild side might be more dangerous than he is willing to admit.

Through the Woods: Stories by Emily Carroll

Anya, embarrassed by her Russian immigrant family and self-conscious about her body, has given up on fitting in at school, but falling down a well and making friends with the ghost there just may be worse.

After an idyllic childhood of homeschooling with her mother and three older brothers, Maggie enrolls in public high school, where interacting with her peers is complicated by the melancholy ghost that has followed her throughout her entire life.

V for Vendetta by Alan Moore

A powerful story about loss of freedom and individuality, V For Vendetta takes place in a totalitarian England following a devastating war that changed the face of the planet. In a world without political freedom, personal freedom and precious little faith in anything, comes a mysterious man in a white porcelain mask who fights political oppressors through terrorism and seemingly absurd acts in this gripping tale of the blurred lines between ideological good and evil.

The War Within These Walls  by Aline Sax

Misha and his family do their best to survive in the appalling conditions of the Warsaw ghetto during World War II, and ultimately make a final, desperate stand against the Nazis.