CCPL Staff Picks: 10 Movies Not to Be Overlooked

Just because they are in black and white and contain only a musical score, films from the silent era of film can bring on as many belly laughs, feelings of suspense, or tears as any current movies. Check out these titles: 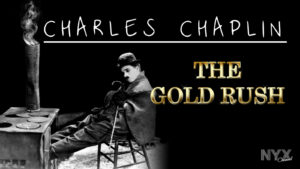 Charlie Chaplin’s comedic masterwork–which charts a prospector’s search for fortune in the Klondike and his discovery of romance forever cemented the iconic status of Chaplin and his Little Tramp character.

Shot partly on location in the Sierra Nevadas and featuring such timeless gags as the dance of the dinner rolls and the meal of boiled shoe leather, THE GOLD RUSH is an indelible work of heartwarming hilarity. Nominated for two Academy Awards. 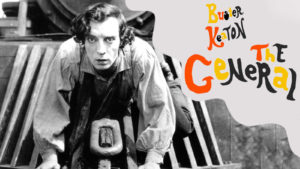 Consistently ranked among the greatest films ever made, Buster Keaton’s THE GENERAL is so brilliantly conceived and executed that it continues to inspire awe and laughter with every viewing. 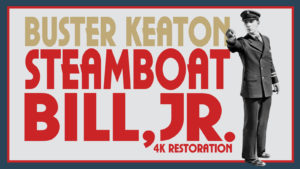 The son of a steamboat captain, Buster Keaton’s character falls in love with the daughter of a rival steamboat owner. When a cyclone rages, he proves himself a hero by rescuing his love and her father from a watery grave. Another comedy by Keaton in which he performs all of his own, sometimes dangerous, stunts. 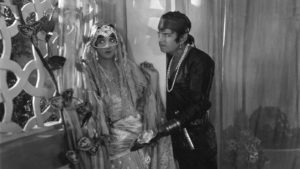 The Thief Of Bagdad

Highlighted by a majestic set design by William Cameron Menzies, this awe-inspiring jaunt through exotic Arabia follows a young thief who faces supernatural challenges to win the heart of his beloved princess. The American Film Institute ranked it as one of the ten best American fantasy films of all time. 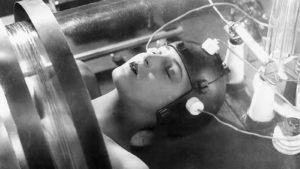 Perhaps the most famous and influential of all silent films, METROPOLIS takes place in the future when the populace is divided between workers who must live in the dark underground and the rich who enjoy a city of splendor. The tense balance of these two societies is realized through images that are among the most famous of the 20th century. A classic of science fiction. 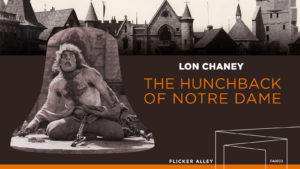 The Hunchback of Notre Dame

This version of Hunchback, featuring Lon Chaney, was a huge production: the sets depicting 15th-century Paris covered nineteen acres of Universal Pictures’ back lot and included the facade of Notre Dame Cathedral. Filming took six months and the climactic sequence employed two thousand extras, but it’s Lon Chaney’s performance that makes the character unforgettable. The Hunchback of Notre Dame premiered at New York’s Astor Theatre on September 2, 1923. The success of the film was immediate; it made Carl Laemmle and Universal Pictures a fortune, and turned Lon Chaney into a screen legend. 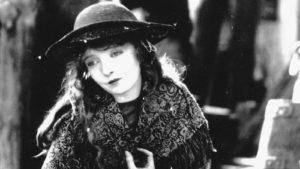 The heartbreaking story of a waterfront waif (Lillian Gish) from the Limehouse district of London who escapes the abuse of her father (Donald Crisp) through a doomed relationship with a Chinese immigrant (Richard Barthelmess). 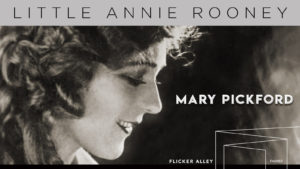 Mary Pickford plays a “tomboy of the tenements” in this comedy drama which she also wrote. Co-starring William Haynes and a wide ranging multi-ethnic cast, LITTLE ANNIE ROONEY met with huge critical and commercial success. 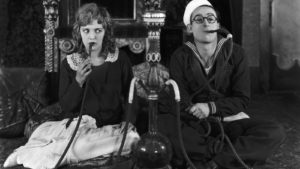 A Sailor Made Man

A comedy with Harold LLoyd, Harold is introduced as “The Boy–Idle heir to twenty millions–And a nerve that would blunt the edge on forked lightning.” At the country club, he gets the attention of a popular girl (Mildred Davis) by saying, “It’s too hot to play croquet; let’s get married.” 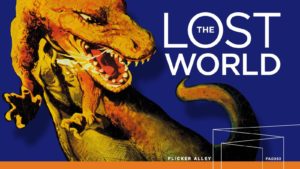 “Our creature animation in the Jurassic Park films basically descends from The Lost World of 1925. Willis O’Brien is our great pioneer, and this superb restoration inspires new awe for his imagination and craftsmanship.” – Stan Winston

Newly restored with 50% more footage than any version generally available for seventy years, here is the model for King Kong, Jurassic Park and Godzilla: a story of living dinosaurs from the Jurassic Age written by the creator of Sherlock Holmes, Sir Arthur Conan Doyle, and starring a cast of stegosaurus, allosaurus, brontosaurus, triceratops, and pterodactyl under the technical direction of Willis H. O’Brien (King Kong, Mighty Joe Young) and a cast of actors under the direction of Harry O. Hoyt.